How Paris raised bike ridership 54 percent in one year 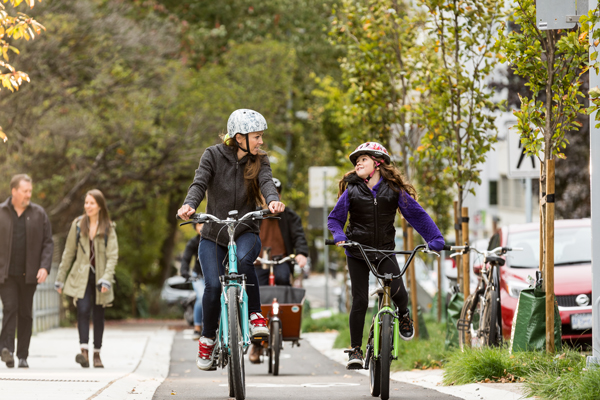 As a part of the French government’s mission to combat climate change, Parisian Mayor Anne Hidalgo announced her Plan Velo in 2015. The specific goals: double cycling lanes in the city from 700km to 1,400km by the end of 2020 and triple the number of cycling commuters by 2024. While the increased lane goal was eventually cut to 1,000km, 37 percent of the new lanes have already been built, and France’s capital city is seeing tremendous gains in bike ridership.

The second-most visited city globally, Paris has a proud history when it comes to bikes. It has played home to the finish line of the Tour de France for the last 120 years, and launched one of the world’s most ambitious bike share programs, Velib, by installing 20,000 bikes citywide more than a decade ago.

According to a report released by Paris’ deputy mayor in charge of transport, Christophe Najdovski, the number of bicycles used in the City of Lights increased by 54 percent between September, 2018 and September, 2019. Parisian government officials attribute this substantial increase primarily to new infrastructure — much of it protected and separated from motor vehicle lanes.

Much of the growth can be tied to Paris’ implementation of the RER V Cycle Network — named after the city’s RER train network that connects Paris to its suburbs. Parisian bike riders have long struggled to cross the city’s ring road that separates the urban core from its suburbs. 350 million euro in federal government funding has been approved to help local municipalities specifically to help create bike infrastructure that allows for safer travel through areas interrupted by larger roads.

Paris is increasing its commitment to tracking bicycling numbers by installing four new bike counters that will not only measure bike use but also facilitate understanding of air pollution and traffic trends. These measurements are crucial to secure future funding.

What can American cities learn from Paris’ recent boom in bike ridership? Investing in safe and usable bike infrastructure actually works. When funding and infrastructure is dedicated to making places safer to ride bikes, more people will start riding them.

PeopleForBikes’ data-driven Bicycle Network Analysis (BNA) tool affirms the value of Paris’ investment in bike infrastructure. The tool, which measures how well a city’s bike network connects people to where they want to go, gives Paris a BNA score of 61 (out of 100). This is a high score by BNA domestic and international standards. Similar-size U.S. cities don’t fare as well: Chicago earns a 5 and Houston’s score is a 9. The lessons: Paris has done well and U.S. cities can learn and lot and improve mobility options by following the French capital’s lead.

City leaders in Paris have delivered on their promises of strong and steady support for bike improvements. While Hidalgo may have received backlash from France’s oil and automotive industries as well as Parisian motorists complaining about the amount of construction, she didn’t back down. As more and more bike lanes open, Paris citizens are starting to appreciate the benefits granted by the city’s new cycling network.

While Paris may still be in the midst of completing their Plan Velo, their commitment to making the city safer and easier to navigate for bike riders should motivate American cities looking to do the same.