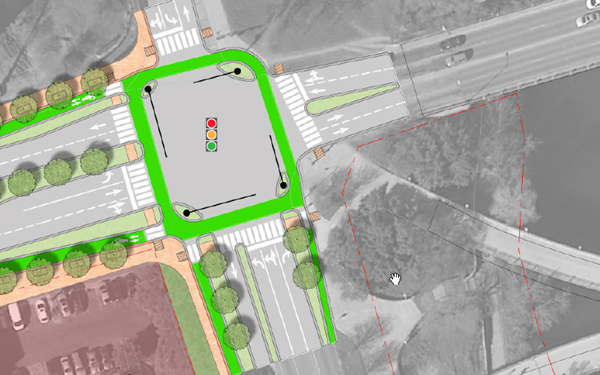 Plans for the rebuilt South Lamar Boulevard and Riverside Drive.

Austin, already one of the nation’s leaders in the use of protected intersections, announced this week that it’s considering two more.

Inspired by Dutch intersection design, protected intersections use corner safety islands, forward stop bars for bikes, set-back crosswalks and multimodal traffic signal phasing to dramatically improve safety and visibility, ensuring that people in cars and people on bikes don’t have to constantly look over their shoulders for one another.

Austin has already built two such intersections in a half-developed former airfield on its outskirts and is one of four cities racing to be the first to open a protected intersection, probably by late summer. Now, Austin is porting the design over to another location: a major urban roadway within a mile of downtown. 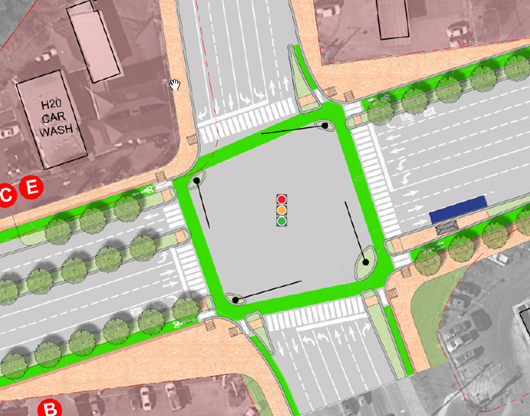 South Lamar Boulevard is a major commercial corridor and a primary route in and out of downtown. At Riverside Drive, it also meets the Pfluger biking and walking bridge over the Colorado River. On Monday, the planning team behind a rebuild of the street released plans that would add protected intersections to Lamar at Riverside and at Barton Springs.

It’s all part of Austin’s plan to make bicycling so much more safe, comfortable and intuitive that increased biking rates will increase the capacity of the city’s transportation network as efficiently as a major freeway expansion … without any additional noise, pollution and displacement.