You can forget how to ride a bike 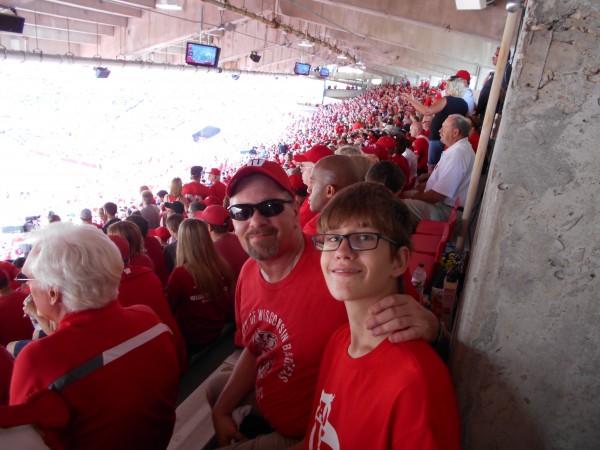 As a kid in the 60s I became traumatized learning to ride a bike when, with the best of intentions my dad and grandfather bought me a bike that was much too big for me, and tried to teach me to ride After a couple of painful falls and frustration on all sides, any further attempts were quietly forgotten.

I spent most of my childhood running after friends on their bikes, or walking to their houses. Eventually I became friends with a kid who upon learning that I could not ride, took it upon himself to kindly and patiently teach me to ride his bike in an hour, I was around twelve years old I think.

From then on I loved to ride to ball games with friends in small towns and to school 13 miles away. We would think nothing of riding to Green Bay twenty or so miles away on a whim. My cousin, and I once road bikes 112 miles along back roads to Wisconsin Dells on my Sears 3 speed to meet my family at a campground there. It was a long hot ride made more difficult by the fact that we carried all our gear on our backs, not even thinking to have my dad take it in the Winnebago camper.  The manager of the campground told my dad who arrived later after dark that though it was against the rules to let kids our age to take a site, one look at us convinced him that we were incapable of making any trouble that night. (It was true, after drinking a quart of chocolate milk, I threw up and felt so sick that my cousin had to pitch my tent, and I was in deep sleep before my Dad even arrived with the family.)

Once the magic drivers license was obtained. all thoughts of bikes were forgotten until I had a son of my own. I am proud to say that he learned to ride easily, at a young age. But there were plenty of tears when against his will one day I took the training wheels off his bike, I took him to a city park where I had scouted out a small and gentle slope of grass that I could let go, run ahead and catch him without  his ever having to fall. In half an hour he was good to go. He and I would ride together to his friends house’s or to rent a movie in our small town.  But after a stroke had affected my ability to drive due to reaction time and periods of confusion, I eventually decided that I had to move to Madison WI to be able to walk or ride to work, my days of driving a car were over.

This small personal crisis had a bright silver lining though. I found myself in the perfect city and circumstances to rediscover my love of cycling. Bike paths were new to me, and bike lanes, sharrows and bike boulevards beginning to be introduced.

It was exciting for me to learn how to get around easily and safely with my son or alone, doing every day mundane tasks like shopping, by bike. I was amazed to lean how much bikes themselves had changed from my old 3 speed Sears bike. Lighter, faster. so many more gears! And all the different types of bikes, that were designed for different needs. I quickly dumped the too small cheap Fleet Farm  mountain bike I had been riding and bought myself a nice Raleigh commuter. I liked it so much that I bought an identical smaller one for my son. A few years later, after the rear wheel disintegrated on a pleasure ride one day and the frame broke, I got a Trek 7100, and continued rolling along. Transportation, fun, and fitness all in one! I found myself fantasizing of road bikes, and started thinking of my much loved Trek as my pick-up truck. After a time I convinced my self that I needed to have two bikes. After much research and test rides, I bought a Specialized Sirius Elite, the new love of my life. It was so much lighter than my Trek, burdened as it is with a rack, and so much faster and easier to ride. In my mind it was a straight bar road bike, and I dreaded the cloudy and rainy days that forced me to ride the Trek for fear of damaging the pristine beauty of my Sirius. But I only got one summer of enjoyment from the Sirius before I had another, more devastating stroke that landed me in the hospital and rehab facility for 5 months. (Thank God for good health insurance!)

Among other issues I had horrible vertigo, no balance, was unable to walk, and double vision. The vertigo mitigated somewhat, I graduated to a walker, and for the most part the double vision occurs only rarely. I left the rehab facility in a wheelchair, and never used it once I got home. I also managed to store the walker after a few weeks, although I do look as though I should be working in the ministry of silly walks.

All the time i was laid up, my prime motivation was to get back on a bike. Once I was out I bought stabilizer wheels and had them installed on my Trek, (Think really heavy duty training wheels with 20 inch tires) I had to relearn how to ride all over again. For some reason I would go in tight circles to the right, unable to ride straight at all. I even managed to flip over the bike headfirst on four wheels! I finally managed to learn to ride again, with the help of my son, who is now 15. But just as I was about to try the Sirius again, it was stolen. I was amazed how much I missed that bike! And being on disability I couldn’t afford to replace it, though I must admit at the time don’t think I could have ridden it at all safely.

I also didn’t feel I could ride last winter either, so I put the Trek away in the basement and saved over the winter spare change, as my son needed a new bike himself. He said he was fine with his Raleigh but against my wishes he had grown at least a foot since it had been bought, and was far too big for it. He was taller than I, and I am 6’1″.

This spring, after trying several different bikes, we got him a Giant Escape. He was so giddy and I so jealous that I bit the bullet and bought a new Sirius Elite for myself. I don’t ride as fast, nor as confident as I was before the second stroke, but the love and joy of riding is definitely back for me once again. I do imagine that it must be funny for some people to see me lock up my bike and pull a folding cane out of my messenger bag. And I often have to throw my bike on the bus for a return trip home, paying the disabled fare, which is also funny. But I don’t care, biking and my son make life fun, and worth living. (Anyone want to buy some used stabilizer wheels?)