Why in the world do people ride bikes? 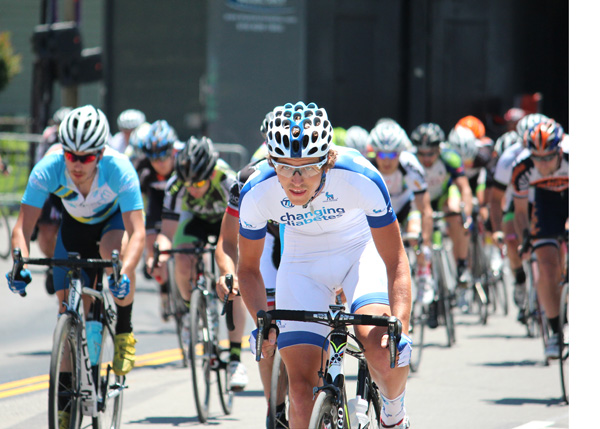 Riders during a road race at Nature Valley Bike Festival.

After several weeks on the road traveling from bike event to bike event, the spectrum of cyclists and riders we’ve been able to meet has been unbelievable. We’ve connected with professional cyclists, recreational cyclists, and even non-cyclists who were persuaded to attend these bike events by the generous beer offerings.

We’ve seen dogs, bunnies, cats, and birds that bike, in addition to the many beards and mustaches riding bikes. For one machine, it sure seems like people find infinite uses and just as many reasons to ride.

While we were in DC for National Bike to Work Day, we saw hundreds of riders making their way into the city for an energizing start to their day. If they are like me, they were woken up by unwelcome alarms and presented with the decision to get in the car or muster the energy to mount their bikes for the commute. Although I’m usually grumpy for the first few miles, I always walk away refreshed and ready to start the day. I’m gladall these people decided to ride because it was clear that morning that DC was buzzing with enthusiasm for bikes. Both long-time commuters and first-timers made it out to the pit stops sprawled over the city for coffee and breakfast before they confronted their workdays.

At the Nature Valley Bike Festival we met both road cyclists and BMX riders, whose motivations were purely the thrill. Our BMX friends shared stories of the hours they spent perfecting their bikes in flight, including the scrapes and bruises they earned to prove it. They took the weekend to hang out on the ramps and show the crowds their crazy skills, which were received with applause and awe and the occasional parent frightened that their kids may pick up the hobby. The road racers put just as much energy into their massive climbs, crazy turns, and maneuvers with competitors throughout the event. 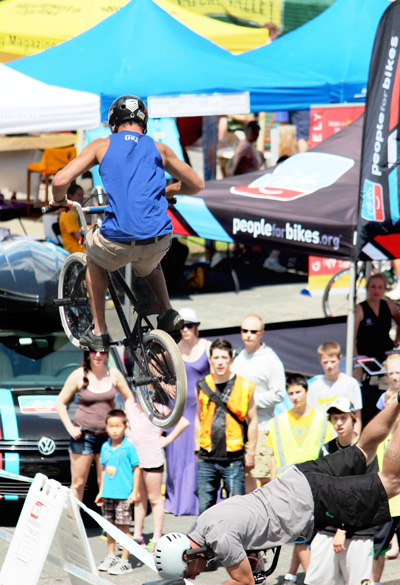 The BMX riders at the Nature Valley Bike Festival showing off their tricks.

In a more somber circuit, we’ve learned about riders who have lost their lives and met the incredible individuals who ride in their memory. Unfortunately, too many of us know someone who has encountered injury while on their bike, which has just fueled our passion to make our country a better place to ride.

Whether for a challenge, to pay tribute, or to dry your hair in the summertime, we’ve enjoyed hearing all of the motivations people have for riding bikes and hope the stories keep coming. It’s a great time to ride — get out there! 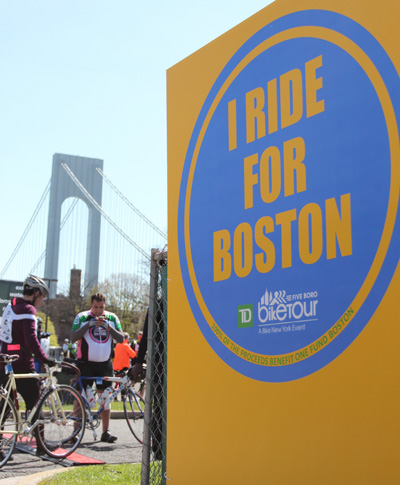 An “I Ride for Boston” sign at the Five Boro Bike Tour in NYC. 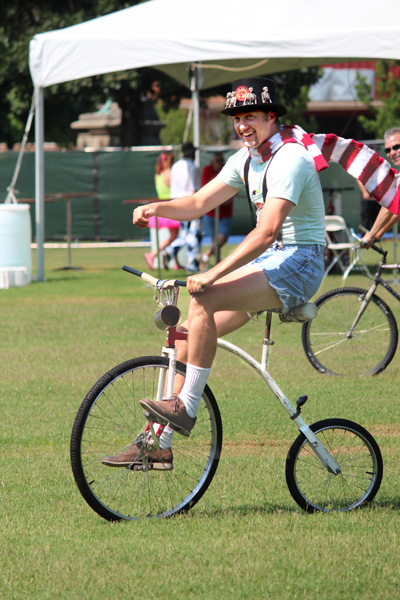 Penny-farthings, bikes with one big wheel in the front, are often found at New Belgium’s Tour de Fat celebration.