Who does your bike network serve? Get free answers from a new tool

Update June 2017: The first version of this tool is now available!

A new tool, now in development, will let cities measure the quality of their all-ages bike networks for every neighborhood or Census block.

Most policy wonks agree: the next big step for using biking to improve U.S. cities is the low-stress bike network. Many cities and towns have a jumble of off-street paths, protected bike lanes and bike-friendly side streets that, if joined with the right destinations, could rapidly change American travel habits.

This is where PeopleForBikes’ forthcoming network analysis tool comes in. Its goal is to join policy with politics, making it relatively cheap and easy for cities to locate the weakest areas in their biking network — and, eventually, the easiest ways to make the network better.

What the network tool will do

Working with the pros at Toole Design Group and Azavea, we’re creating a fully transparent set of calculations based on bikeway type and street characteristics that measure how well every point on a network connects to every other.

With it, anyone with a GIS program such as ArcMap will be able to view the number of schools, parks, transit stations or other destinations that are attached to the low-stress biking network: 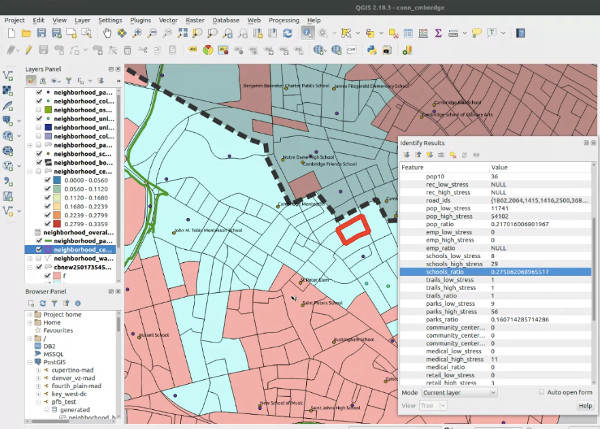 Or they can take a particular location (like a school) and view the percentage of the population in a given area that can reach it via low-stress bikeways: 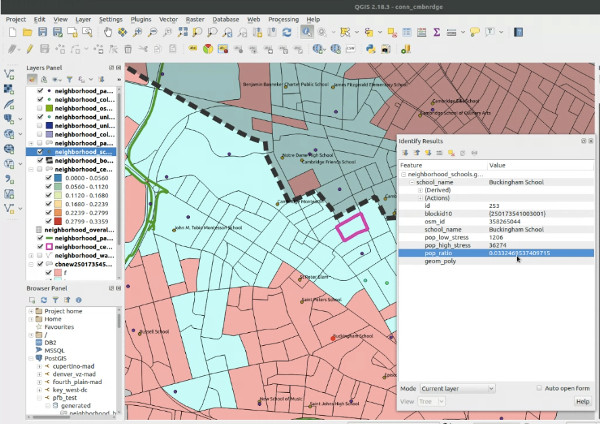 Along the way, the tool will also give a basic measure of network quality by neighborhood or Census block. (In the above maps of Cambridge, Mass, blocks that are well-connected to those nearby are colored blue and poorly connected ones red.)

Our goals for the network tool

This is a stripped-down version of a service that private consultants already offer cities for a price. And more in-depth analyses will certainly remain available.

But PeopleForBikes’ goal for this tool is to greatly lower the barrier to basic network analysis, eventually letting a city or town of any size test the quantitative benefits of (for example) removing four blocks of street parking to create a crucial protected bike lane.

That’s still to come in future years, subject to many details we’re still working out with Toole, various city officials and other smart folks.

But the basic functions shown above will be available for free in the next year or so to a select set of cities and towns, and we hope your town will be among them.

The essential step a city can take to get free access to this tool is to fully complete our City Snapshot by April 15, an online survey for a city staffer or other professional with detailed knowledge of existing and planned bike projects. Only one City Snapshot per municipality is required.

Filling this out will also ensure you get credit for everything your town has done for biking in the “great bike cities” list we’re releasing later in 2017.

In thanks for helping us test the system and building our database of bike networks, a limited number of municipalities (we don’t yet know exactly how many, but it’ll be in the dozens) will get a free network analysis.

Your city will be among the first whose networks are measured with this tool. The basic network maps will be publicly available, and you’ll have an option to download the information for further exploration in a desktop GIS program.

Here’s how to make sure the analysis is accurate 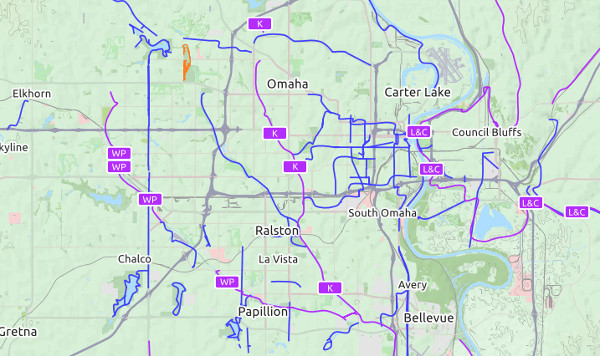 Though completing the City Snapshot guarantees a free network analysis in the first year, the analysis is based on one particular version of your biking network map: OpenStreetMap.

OpenStreetMap, created in 2004, is a widely used map of the world that’s free to access and improve. It’s increasingly used by third-party applications (like ours) for all sorts of purposes, from academic analysis to mobile apps like Strava.

In some cities, OpenStreetMap already has a pretty good record of the biking network. But that’s not true everywhere.

So to ensure the bike network analysis is accurate, city staffers or volunteers need to verify that OpenStreetMap is up to date on bike infrastructure.

“Obviously a larger geography is going to require more time and details,” said Spencer Gardner, a planner for Toole Design Group working on the network tool. “It’s probably somewhere between a day and two or three days of pretty focused work.”

After that one-time push, Gardner estimated, adding each new bike project might require another 15-20 minutes from someone familiar with OpenStreetMap.

Here’s our guide to editing OpenStreetMap. 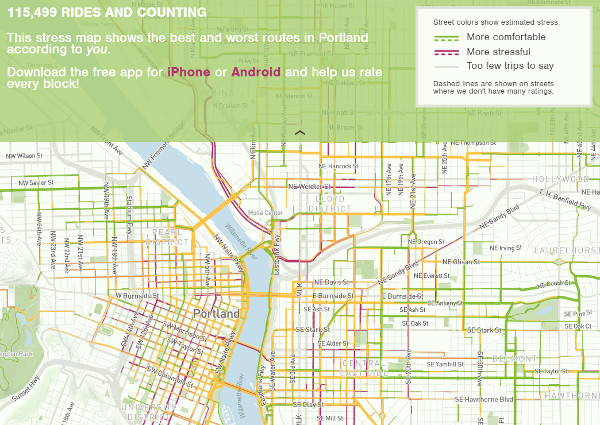 Ride Report is a startup that uses OpenStreetMap and user ratings to track wayfinding and bicycling stress levels.

Unlike a PDF map, which is designed for human eyes, or Google Maps, which is controlled only by Google, OpenStreetMap is readable by any machine anywhere.

Gardner said OpenStreetMap is to biking what the General Transit Feed Specification has been to public transit — opening civic data to third-party developers who can create supremely useful mobile apps at no cost to the public.

“Cities are empowering private individuals, community organizations,  whatever, to take and use the data in ways that the cities cannot even anticipate,” Gardner said. “They’re really opening themselves up to innovation in a way that if the city just maintains its own private data, that just can’t be done.”

Martha Roskowski, vice president for local innovation at PeopleForBikes, urged cities and towns to choose someone to complete the City Snapshot to get free access to the network analysis, as well as updating their OpenStreetMap if possible.

“It’s going to be a new way to visualize and compare networks across cities or within cities,” she said. “And it’s a limited-time offer.”

Got questions about any of this? We’re happy to help. Write PlacesForBikes project manager Jamie Pfahl at [email protected]