What gets Danes biking, anyway? This new study actually asked them 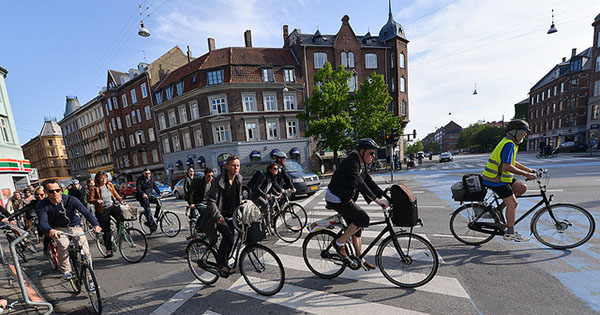 99% of the Danish population view themselves as cyclists — many without actually cycling daily. Photos: Jonathan Maus/BikePortland

Even a Dane had to get on a bike for the first time.

Compared to the rest of the rich world, the difference is that people in Denmark are much more likely to start riding and keep it up.

Funded by the Danish National Cycling Fund and Danish Road Directorate, The Danish Cyclists’ Federation‘s report, New Cyclists: Leads to Less Congestion on the Roads, seeks to understand what factors influence people when it comes to being a daily bike commuter. The report, which was translated into English thanks to support from SRAM, draws insights from surveys and interviews with over 25,000 people who participated in Bike to Work, the Danish campaign aimed at getting more Danes commuting on bikes, from 2012 to 2014.

Here’s what it found, more or less: good infrastructure matters. But it’s not enough on its own.

In their campaign to spread bike-commuting further, the main thing Danish biking advocates have to fear is fear itself. 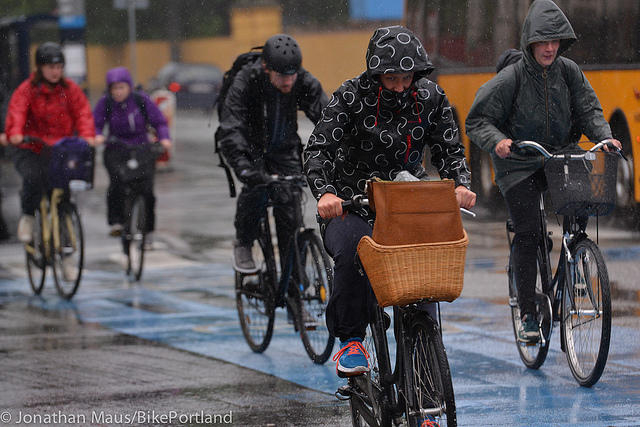 New cyclists must first tackle the practical problems like “What route should I chose?” and “What clothes are appropriate?”

To the inexperienced cyclist, individual barriers are the biggest obstacles that stand in the way of becoming a daily bike commuter. The report gives a name to each of the primary barriers: Identity, insecurity and insurmountability.

Identity is how you view yourself. Insecurity is the lack of knowledge and experience with cycling. Insurmountability is when bicycling is seen as a change of habit that impacts a person’s daily routines.

But whether imagined or real, most such barriers can be easily overcome. Here are a few noteworthy tidbits that work well in Denmark:

Here’s a useful set of specific tips from the report’s authors:

Other conditions that matter 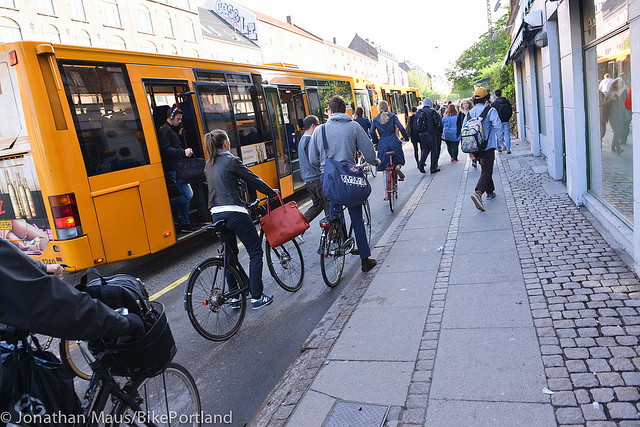 Good infrastructure is important for getting people to swap their car for a bicycle for shorter trips.

There are, of course, other factors that play a role in increasing bicycle commuter ridership. First and foremost, bicycle infrastructure must be good so that cyclists feel safe. The distance between a person’s home, workplace and shops should ideally be short, manageable and over easy terrain. According to respondents, if two or more of these factors are in place, a new cyclist campaign like Bike to Work is more likely be successful. If only one or none is present, it is an uphill battle.

Municipalities, workplaces, neighborhoods and other organizations can all contribute to getting more people to cycle. In addition to infrastructure improvements and incorporating bicycle strategy into transportation, municipalities can create communication campaigns that demonstrate they appreciate the cyclists’ choice of transport. To create a bicycle-friendly workplace, companies can show their support by investing in bicycle parking, an on-site DIY repair shop, or changing facilities. 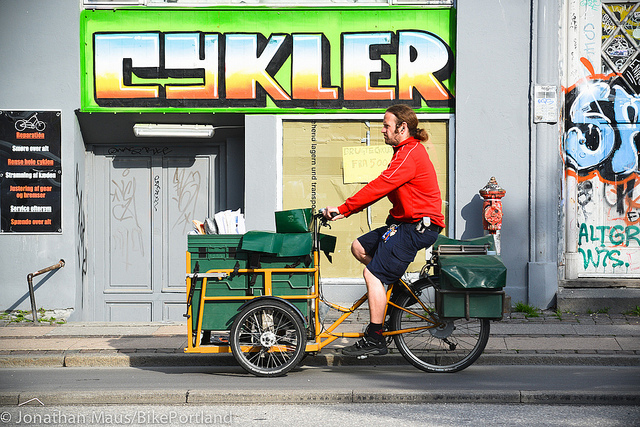 Communication should be from cyclist to cyclist and it must be inclusive, not exclusive.

When it comes to communication, the key is speaking to new cyclists as equals. They see themselves as cyclists, just with less experience. Reassure them that it’s ok to use a car, while at the same time reminding them that cycling is easy and has many advantages. Address challenges upfront and focus on concrete problems. And lastly, stress the social element and sense of community that cycling to and from work brings.

Denmark is very different from the United States in many ways, but its behavioral science about biking is almost unmatched. The full report is a good read for anyone looking to sell biking to the uneasy explorers that every one of us was, once upon a time.