By the end of summer, people in Washington, DC should be able to ride the new M Street cycle-track from downtown DC to Georgetown.  Last week transportation planners, neighborhood leaders, a pair of city council members and dozens of potential users walked the length of the future cycle-tracks in a Washington Area Bicyclist Association event called “Walk the Tracks” which was supported by the Green Lane Project.

M Street as it looks today

The west-bound M Street green lane is a complement to the existing east-bound L Street one. The similarities and differences, covered here,  were discussed at the event and will be again at a May 15th meeting hosted by the Washington, DC Department of Transportation (DDOT). One of the key differences is that it will be separated from traffic by parking

“You will have the three foot separation that provides a little more comfort plus the parking lane adjacent to it. So actually the moving traffic will be 11 feet away from you in the cycle track and it will feel more like a trail,” said Mike Goodno, a bike planner at the District Department of Transportation.

“Because of the differences in the parking and the width configuration, we can move the parked cars off the curb and have a cycle track that’s a little bit narrower so the cars can’t fit into as easily,” said Shane Farthing, executive director at the Washington Area Bicyclist Association.

Attendees at the Walk the Tracks event were eager for work on the long-planned facility to begin. While many bike facilities in Washington go north-south, there are fewer going east-west.

“This is a crucial artery,” said Council member Tommy Wells (D-Ward 6). “One of the great weaknesses is the east-west traverse.”

And with a recent study showing that similar facilities in New York City make streets safer and boost local businesses, there is more interest from city leaders in building complete streets.

“It’s a balance in any city between various competing interests so you do what you can and adjust and get better at it,” said Councilman Jack Evans

As was true with the L Street track, work – once started – should only take a few weeks to complete. But unlike on L Street, people will not find themselves biking on a freshly paved road. DC Water, the local water company, will be tearing up the street in 2014, but once that work, and work on a separate project at the intersection of M Street, 21st Street, and New Hampshire Avenue is complete, M will be repaved. 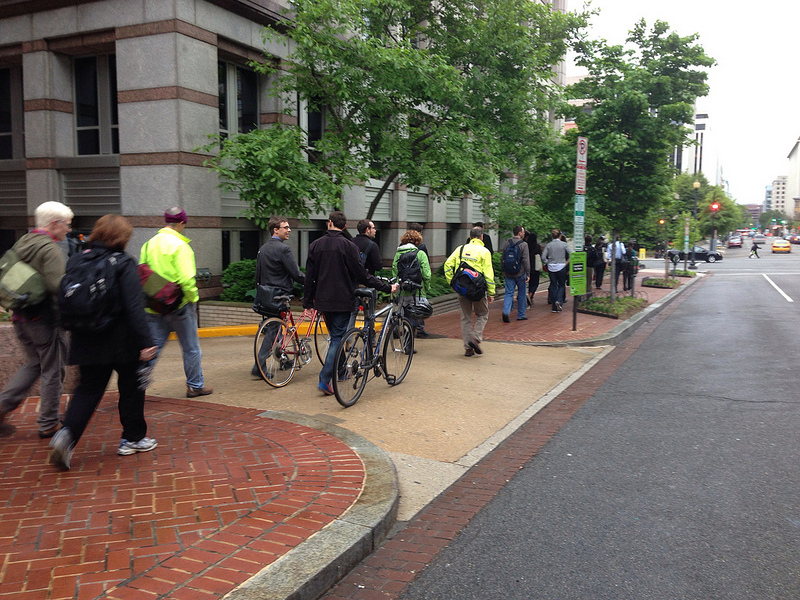