Want people to bike? Skip the sweet talk and build

That’s roughly the conclusion of a new paper by researchers in the Netherlands and California, published this month in Transportation Research. And it should be a lesson for anyone looking to improve cities by increasing bike use.

Don’t waste time trying to convince people to feel warmly about bicycling. If you make biking convenient and pleasant, the warmth will follow.

There are two basic kinds of advertising campaigns: “attitude change” and “behavior change.”

According to researchers Maarten Kroesen, Susan Handy and Caspar Chorus, much bicycling and mass transit promotion focuses on shifting people’s attitudes about transportation — in part because we know people who have positive attitudes about bikes, buses and trains are more likely to use them.

But the researchers wondered whether attitudes actually shape actions — or vice versa.

So they polled 1,376 Dutch people twice, one year apart, about their transportation attitudes and actions. The results were overwhelming.

“The effect of cycling behavior in year one on cycling attitudes in year two is 94 percent larger than the effect of cycling attitudes in year one on cycling behavior in year two,” said PeopleForBikes research director Jennifer Boldry, who saw Chorus present his research at the Scientists for Cycling Colloquium last month in Arnhem-Nijmegen, Netherlands. “In other words, the behavior-attitude effect is almost twice as large than the attitude-behavior effect.”

For Boldry, it’s an argument for bike boosters to refocus on improving conditions for biking — both social and infrastructural.

In other words, skip the videos and brochures and focus on events and road designs that actually get people on bikes.

“Behavior changes attitudes to a much greater degree than attitudes change behavior,” she said. “That is, if we get people to ride, attitude change will follow.”

Tucson bike shop entrepreneur: “It definitely starts with A to B” 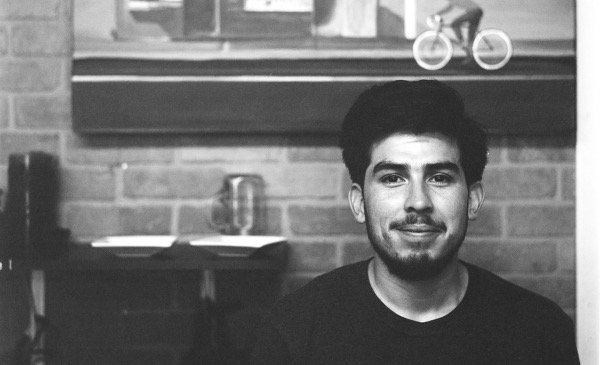 Halfway around the world from Arnhem-Nijmegen, Noe Mencias goes to work every day on the front lines of bicycle transportation. His one-man bike shop in South Tucson, Ariz., serves many of the area’s day laborers.

Though Tucson’s bike network is far from Dutch in quality, its bike lanes and paths are better than most U.S. cities’. That’s made bike transportation viable, though not always inherently attractive, for thousands of people trying to make a living in the city without much money.

But time and again, Mencias said, his customers who start biking for practical reasons realize that bicycles are good for other things, too.

Mencias said he sees the transition over the course of multiple visits to his shop. A customer will describe going to work one day and then having an idea on the way home.

“I usually hear things like, “On the ride back, [I decided] I’m gonna take the long way,” he said. “I hear that pretty frequently.”