This one’s for the ladies

Just five years ago, the market for women’s cycling apparel was hardly a given. When she launched FloraVelo in 2012, founder Pam Long says, “we had to convince people that it can look like this and still function like cyclewear.” When training to join her sister on the week-long Cycle Oregon tour, Long found that available clothing for women cyclists was, for the most part, smaller versions of men’s jerseys. Long had often joked that she was “an entrepreneur without an idea.” Now she had an idea, and what looked like an underserved market.

Long coaxed her sister and mother into the business, and a full year of product development and market research later, FloraVelo brought their wares to the Tour de Palm Springs. The stylish but high-performance jerseys, which featured UV-protection as well as a sag-resistant pocket design, were an instant hit. “We hadn’t hung stuff up, we hadn’t put prices on things, we were trying to figure out how to get the tent up, people were just coming and saying, ‘I love this’,” Long says. “So we felt like we connected with the market and had something people liked, appreciated, wanted. We had people who were cycling for 20 years say, ‘It’s about time, thank you for doing this for women.'” 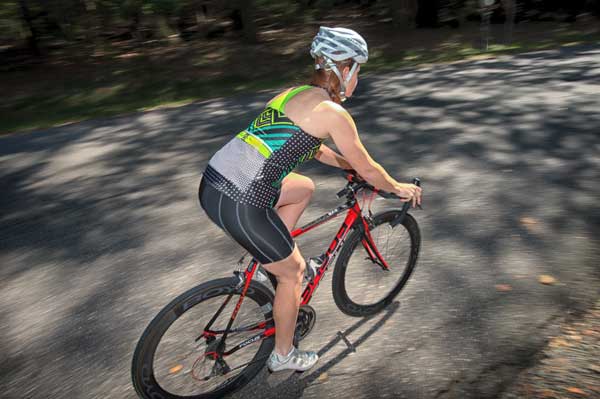 Deb Amorde and Brooke Wisner had jumped on the same wave just a year before with Moxie Cycling Co., which they launched after a RAGBRAI tour that left them wanting higher performance options. “Brooke and I were both looking to start a business and looking to make a contribution because of our love of the sport,” Amorde says. Moxie’s performance-meets-style philosophy aims at a young demographic, featuring tank-top cuts and a hidden side-pocket.  “I think where we came on the scene was filling some of that void of performance and style. In other sports?tennis, golf, yoga?you saw the athletic apparel for women become very cute and that was the vanguard into ‘ath-leisurewear’ as we know it today. But that was missing when it came to women’s cycling.” Amorde anticipates that cycling apparel choices will keep getting better for women, and expects that “we’ll see advances in fabric technology and more multi-faceted functions.” 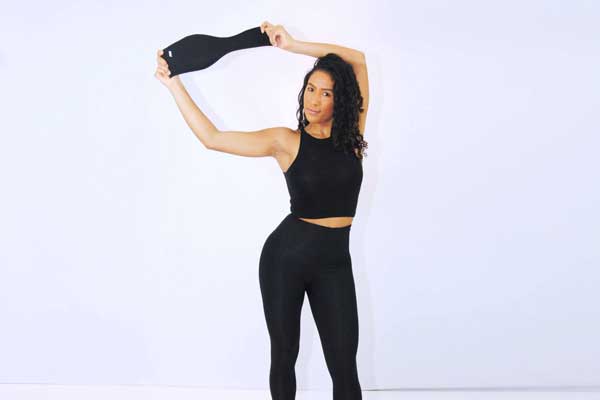 Innovation and adaptability are both reflected in the Tush Cush, a product from newcomer Pixi Cycling. Invisible when worn, the Tush Cush works with any Pixi skirt, pant, or short, and can be quickly removed without having to take off the outer garment.“One core principle in starting Pixi was to think about a way to encourage more women in the sport,” says founder & CEO Emily Welsch. “One of the low-hanging fruits was to make apparel that is not cycling-exclusive. It’s not like you are going to wear padded shorts on a quick trip to the grocery.” The Tush Cush simplifies the post-bike-commute change?or any post-ride wardrobe change?to a minor production. Welsch credits a failed Kickstarter campaign for providing critical focus group intel. “I’m really thankful that the Kickstarter didn’t go as planned,” Welsch says.

“We can look and appreciate that those newer products are where the industry is going,” Floravelo’s Long says of newer entrants like Pixi. “One of the cool things is a feeling of success in your business when the market is moving toward you.”

Moxie’s Deb Amorde agrees. “I think this marriage of style and performance will only continue to grow,” she says, “and as a female consumer in that space, I think that is fantastic.”