The year of the protected bike lane 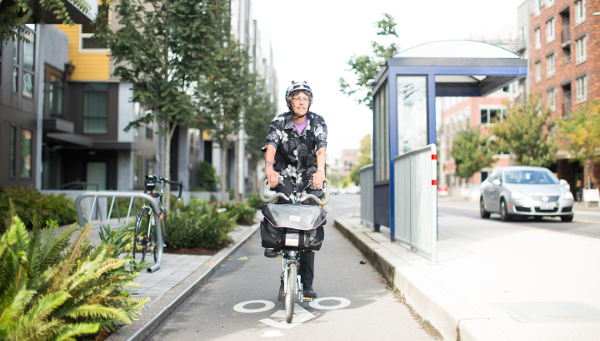 As people in the protected bike lane movement start to get a handle on 2015, it’s worth pausing to look at the magnitude of 2014’s success.

If any one chart can tell the story best, it’s probably this one: 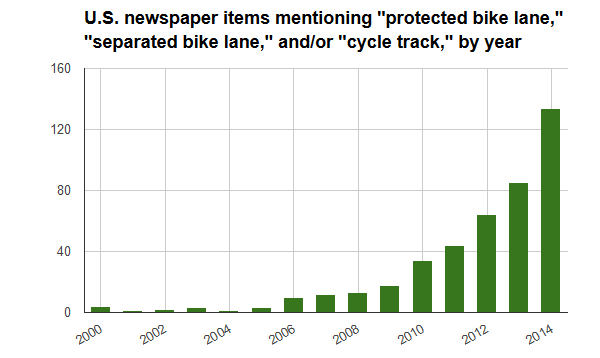 Source on all media charts: Lexis-Nexis.

There’s a word for that sort of growth: exponential.

In fact, we can even put a formula on it: approximately 38 percent growth every year since 2006, almost like clockwork.

Buried inside this trend is another one that shows how our language is changing. Last year was the year when most professionals settled on the phrase “protected bike lane” as the best way to describe these designs to a general audience. 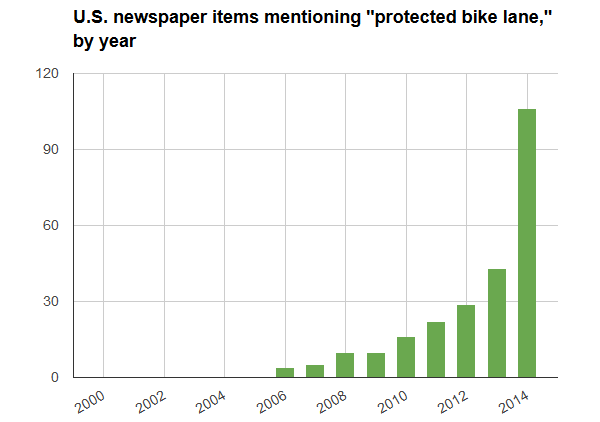 Newspapers are an ever-smaller share of the media, of course. So let’s look at a broader measure that includes not only U.S. newspapers but also English-langauge websites, magazines and newsletters from around the world: 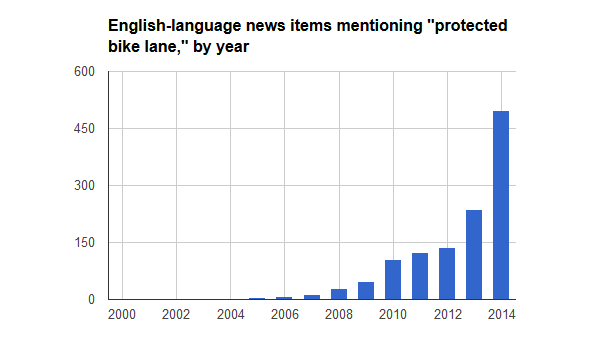 Change is happening on the ground too, of course, though the sample size is smaller and progress has been herky-jerkier: 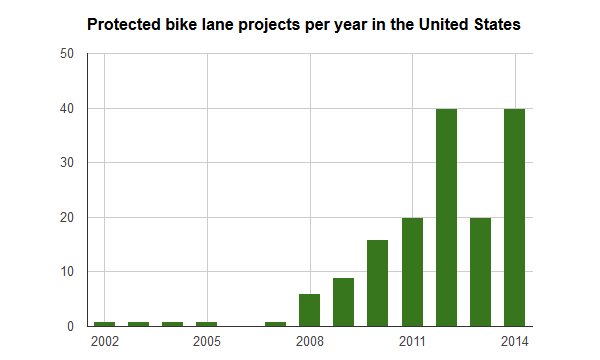 Here it’s possible to tell a very specific story about what happened. Protected lane projects started to gather steam in Bloomberg-era New York City, then got a big boost from Chicago in the first year of the Emanuel administration (2011-2012), then saw a lull in 2013 as those two cities finished off their low-hanging fruit and started tackling more difficult streets. Meanwhile, the country’s less executive-focused cities caught up. Last year saw another spike in building as cities across the country installed their first, second or third such projects.

Because that’s exactly the way a good idea spreads: a lone innovator starts doing something. If it works, a few thought-leaders notice and follow suit. Then more and more people notice, and finally the idea reaches a tipping point and becomes mainstream, routine, and finally boring.