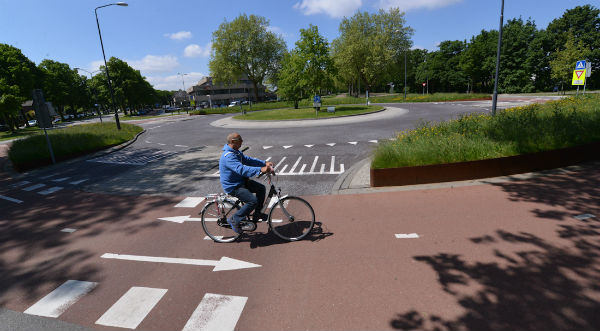 A bike-friendly roundabout in ‘s-Hertogenbosch, the Netherlands. Photos: J.Maus/BikePortland, used with permission.

If street design guides were musical acts, the CROW Design Manual for Bicycle Traffic would be an underground indie rap group. Deeply (almost obnoxiously) beloved by its followers, it’s nearly unknown to the American mainstream.

But word of mouth has made the main guide to Dutch bikeway engineering a critical darling, at least among the nation’s hipper street designers. And after a 10-year hiatus, its latest edition dropped this month.

The CROW manual’s new edition integrates a decade of updates to the Netherlands’ best practices in bikeways, including new suggestions for bike-friendly roundabouts and top-quality off-street paths. It runs 300 pages and is available to order online for ?129 plus tax, or $147. (It may help to use a Chrome browser to translate the order page; you can also email CROW with English-language questions at [email protected])

Many concepts in the manual aren’t legal or directly applicable on U.S. streets, of course. (For manuals that offer various levels of detail for the U.S. context, see these guides from NACTO, the Massachussetts Department of Transportation and the Federal Highway Administration.) But Dutch know-how about lane widths, curb heights, turning radii and other details are still useful to U.S. street engineers working to make their projects as bike-friendly as possible.

No country has a monopoly on good ideas for making biking universally appealing. But the Netherlands is the world’s largest exporter of good bike infrastructure concepts. It’s easy to see why. 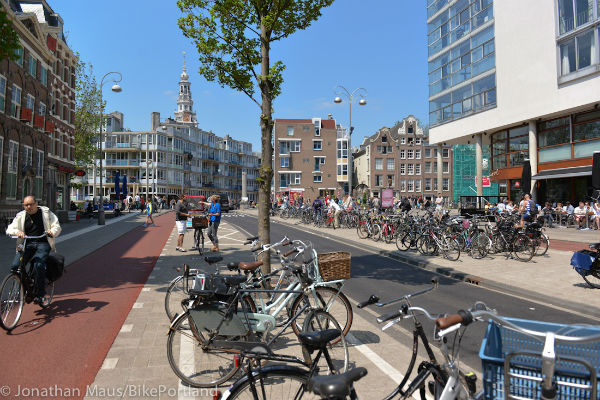