The Trump administration and bikes 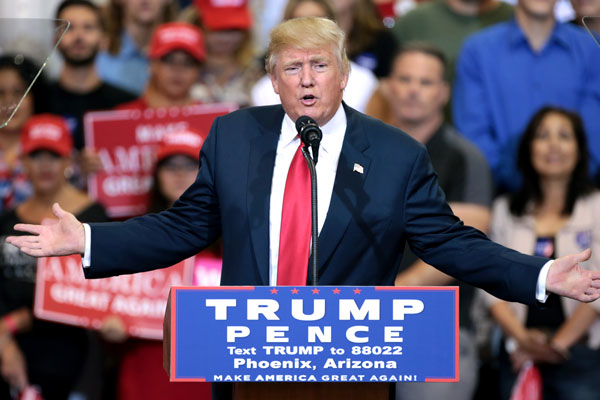 How will the Trump administration and the 115th Congress approach bicycling? Many questions remain unanswered, but here’s what we think we know thus far.

One strategy he has proposed to reach that mark is using Public Private Partnerships, or P3s. P3s occur when a federal, state or local agency partners with private companies to work together on a project. P3 bike projects offer opportunities to include new bike infrastructure that connects communities. (The US-36 project near PeopleForBikes’ Colorado headquarters, is a solid example.) Is President Trump thinking about bike infrastructure when he promotes this tactic? We don’t know. But as the late Congressman Jim Oberstar used to say, “The same materials, machines and workers that build roads, also build bike paths.”

Senate Democrats have responded to President Trump’s plan with one of their own, calling for a $1 trillion infrastructure investment over 10 years. A large part of their proposal is focused on our transportation system, including bike infrastructure, with a call to significantly increase funding for TIGER. The TIGER program often supports multi-modal projects (including bike projects), which are otherwise difficult to fund.

Another agency to focus on is the Department of Interior. This agency has jurisdiction over the Land and Water Conservation Fund, which provides grants to communities to help people enjoy the outdoors. President Trump nominated Rep. Ryan Zinke (R-MT) to be the Secretary of Interior. During his confirmation hearing, Rep. Zinke talked about his admiration for President Theodore Roosevelt and his establishment of the National Park Service, giving us hope that he will be an advocate for Park Service trails and other great places to ride. Rep. Zinke has not been confirmed by the Senate yet.

Based on all the legislative and fiscal priorities outlined by House Speaker Paul Ryan and Senate Majority Leader Mitch McConnell, an infrastructure package seems to be lower on the list. It’s still a wait-and-see game regarding how much President Trump engages Congress to work on one and how bicycling will be factored in.