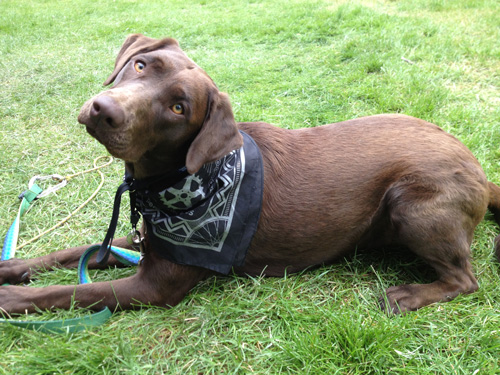 PeopleForBikes crew west added a third team member for their National Bike Month stint in California. Advocacy may be brand new to her, but it sounds like she was able to welcome a new perspective while on the road. Here’s her story:

Hi, my name is Andie. A lot of people think that I am small for a chocolate lab, but I think I?m a pretty good travel size.  In April, the crew west dropped me off at my bud Mozy’s house for a week or so, but they didn’t tell me they were headed to the Sea Otter Classic in California!!! When they got back I mustered up the best puppy face I had. The next thing I knew I was on the road as part of the crew west for PeopleForBikes!

Our first stop was the one and only Wildflower Triathlon in Lake San Antonio. It was awesome! Not only did I get to hang out in the crew tent, but I met so many other dogs and their families! Oh and don’t tell but I saw one of the most interesting traditions while there?a naked mile, ran by the college triathlon teams. Lucky for me, I always get to be naked.

Our next stop was Chico, California, where the Chicoans have a saying of, ?Welcome to Chico, now get on your bike!? And that’s what we did. We rode the North Rim Trail at Upper Bidwell Park to a nice cool splash in Lower Bidwell Park. After all of that riding, I was pretty tired, so I let the rest of the crew handle the Bike Night on the Plaza Farmers Market. From what they say, the event was a huge success and they met a lot of Chicoans who love riding their bikes! 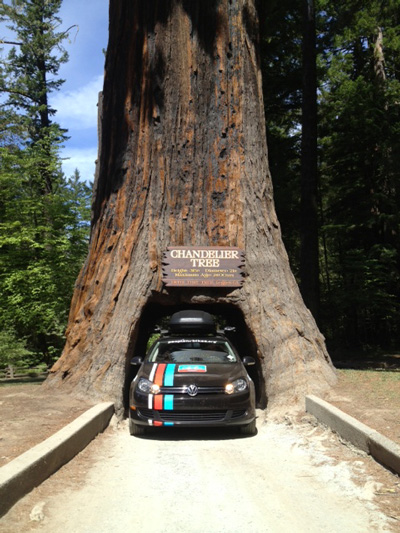 From Chico, CA we headed north to Whiskeytown, CA where I played guard dog at the tent and a lot of fetch in the water. Our next couple of days were spent in the Redwood Forest, and no words can describe the size of these trees. In fact, we drove our VW through the trunk of one of the giants. 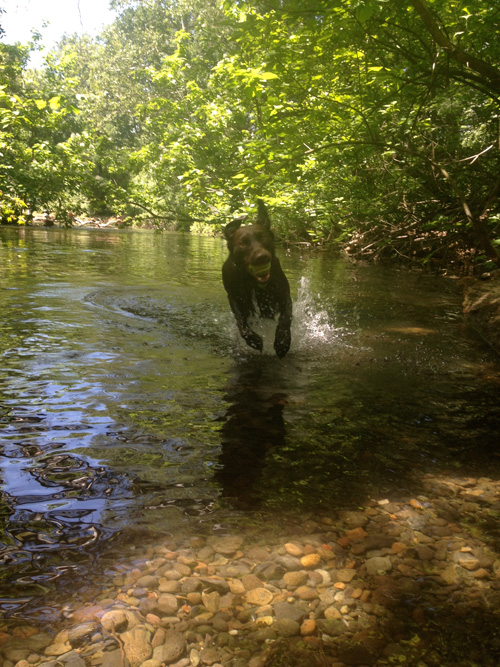 Playing fetch in the stream in Whiskeytown, California.

Overall, this biking adventure as a member of the crew west has been tons of fun and exhausting. Good thing I don’t have to drive! Until next time, get out and ride your bike and encourage others to do the same! — Andie, 2013 crew west 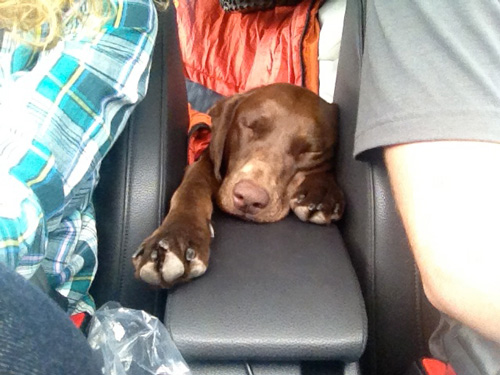