The Importance of Bikes in the Future of Urban Mobility 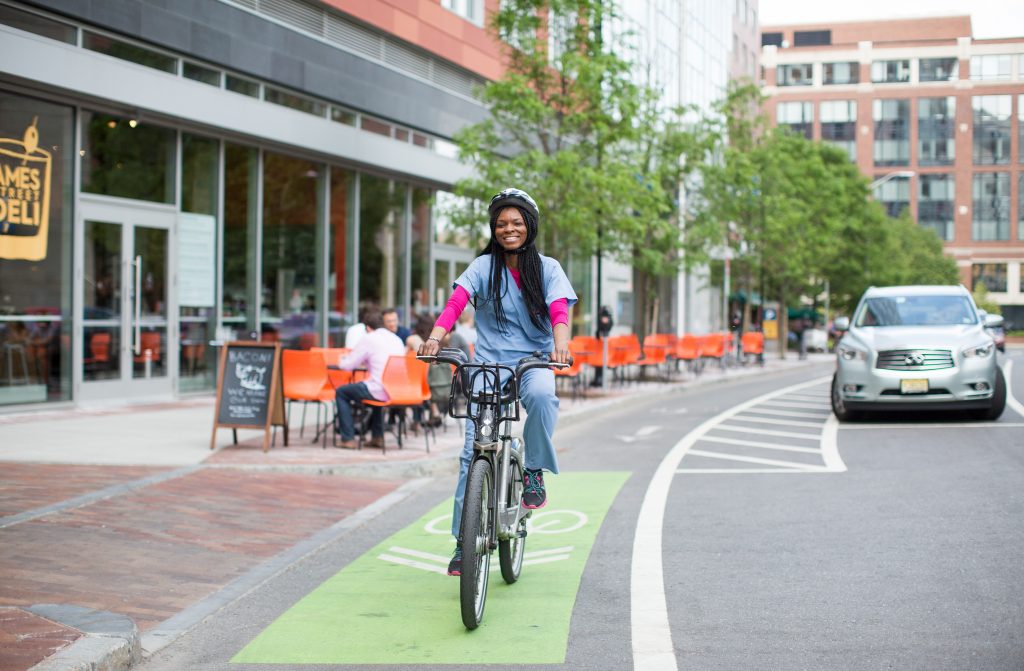 Due to the constantly changing dimensions of the COVID-19 crisis, we encourage you to follow all current CDC guidelines as well as local travel advisories and recommendations. Take care of yourselves and loved ones. We’re all in this together.

Deloitte, one of the world’s “Big Four” accounting and consulting firms, estimates that by 2022, the number of people who will bike to work in big cities across the world will double, citing technological innovations in the bicycling world being a driving force behind getting more people on bikes.

As cities across the U.S. grow and change, so do the ways their citizens move about them. While these evolutions are usually seen gradually over time, the ongoing COVID-19 pandemic has rapidly accelerated the shift towards embracing alternative transportation methods.

Before the crisis, many American cities were already at the precipice of needing to find a solution for overcrowded infrastructure, namely heavily trafficked roads congested predominantly with single occupancy vehicles. After COVID-19 decimated public transportation ridership numbers nationwide, which looks to be a continuing trend as the months progress, cities will not have the capacity to operate if those who previously relied on mass transit and rideshare turn to driving cars when things get “back to normal.”

This is a complex issue in which scientists and researchers are working around the clock to try to find a grand solution, but for the time being, one thing is clear: more people need to get on bikes.

A study published earlier this year by Deloitte notes that bicycles will play an increasingly important role in how people will get where they need to go, especially in big cities. The study notes the increasing amount of stress put on a city’s streets as populations rise, and how bicycles can help alleviate a lot of that stress, not to mention improving air quality and public health at the same time.

Since the onset of COVID-19, a decrease in vehicular travel, resulting from lockdowns and stay-at-home orders, has already improved air quality worldwide. More people choosing to go by bike rather than car could help continue these trends, especially in big cities most heavily affected by air pollution.

While bicycles may be one of the oldest forms of transportation, modern technological advancements are helping make the bike a more attractive way to move about. Electric bikes (e-bikes), bike share programs and improvements in cargo carrying are all helping break down the traditional barriers that have previously prevented people from relying on bicycles for transportation rather than just recreation.

E-bikes allow people to commute further, faster (and easier) by bike. For those living in crowded cities, they often negate the pitfalls of rush hour traffic and parking issues, which are becoming worse as cities grow in population. In 2018, the average U.S. driver spent 97 hours behind the wheel stuck in traffic — the equivalent of two-and-a-half work weeks.

Similarly, bike share programs (which are increasingly moving to using e-bikes over traditional bikes) offer the same benefits to those moving around big cities who may not be able to afford a new bike or do not want the hassle of storage and maintenance.

The advancement of cargo bikes and cargo trailers are also a big step in helping people move around cities, answering one of the biggest questions when people make the transition from bike to car, “where do I put all my stuff?” Whether it’s kids, groceries, food deliveries or whatever else you can think of having to move around town, an increase in easy and accessible cargo options for bikes may be a big factor for people on the fence about making the transition to going by bike.

Bikes won’t solve all of the problems overcrowded cities will face in the months and years to come, but they can help provide a much-needed step in the right direction.