We’re reporting from Copenhagen this week — here’s why.

Spend much time riding in Copenhagen, especially in the downtown and especially around 10 a.m. or so, and you’ll see a lot of situations like this: 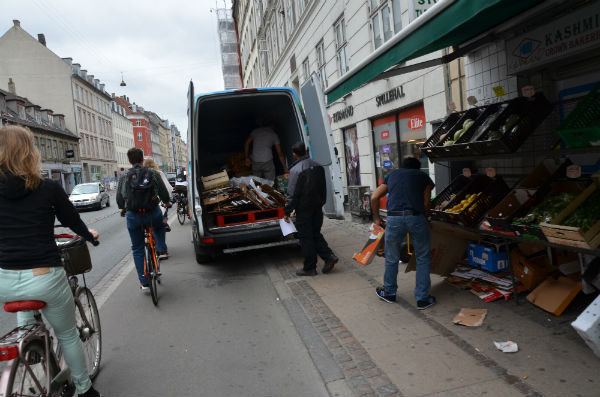 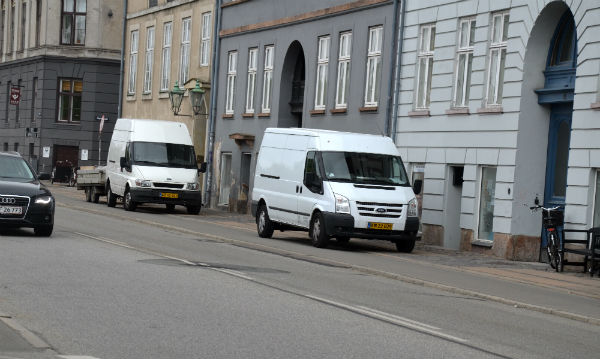 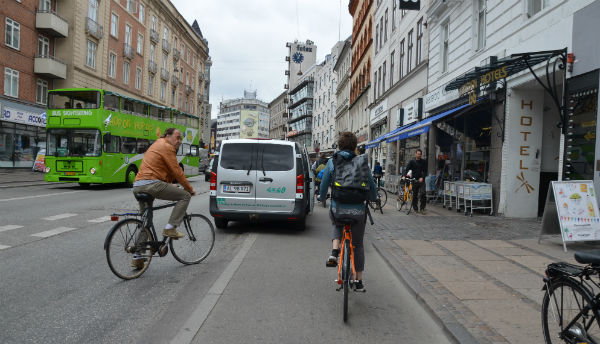 and (because cargo trikes need loading zones too) this: 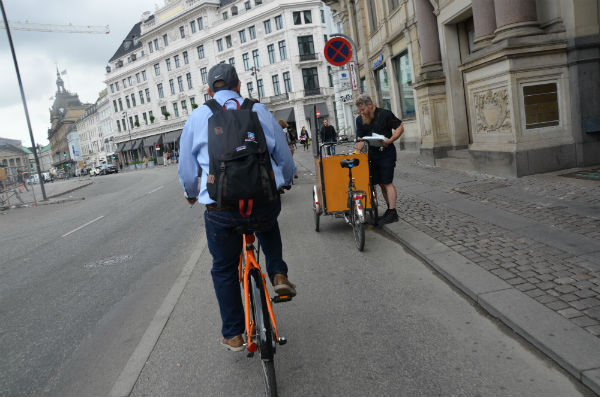 The single biggest decision Copenhagen has made to improve its bike infrastructure has been to prioritize it over curbside auto parking on some (though not all) streets. Many main streets in commercial areas simply have no streetside auto parking; for that you need to head down a side street, or pay for a garage, or just get where you’re going by bike, bus or train.

But though customer parking is basically a matter of convenience, freight loading and unloading zones are a matter of money: how fast cargo can move into shops is a major factor behind the cost of selling things in a city.

So in the 1970s, when Copenhagen swept away curbside parking on commercial streets, it also risked creating huge inefficiencies in getting goods into the city’s shops. But instead of getting stuck in an endless debate, Copenhagen made a compromise.

To understand the compromise, you need to notice two things about the photos on this page:

This is the key to the Copenhagen loading-zone compromise, said Jesper Højte Stenbæk, a freight expert with the Denmark Chamber of Commerce. 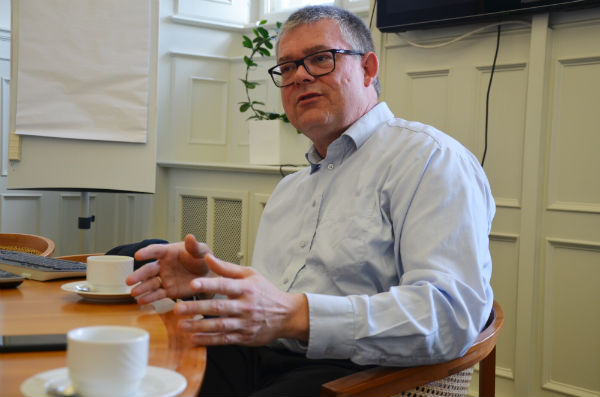 “It’s sort of a truce between the traffic authorities and our lorries,” he said in an interview Friday. “If they don’t bother anybody, they can do it and not be penalized.”

And here’s the interesting thing about this arrangement: It means that replacing auto parking with a protected bike lane makes it easier, not harder, to load and unload freight on a commercial street.

The Copenhagen compromise isn’t ideal for anyone; that’s what makes it a compromise. But what it did was create a political environment where freight companies and customers actually have an incentive to support protected bike lanes.

That’s probably a bargain that a lot of biking advocates would take.