The bike industry goes to Washington 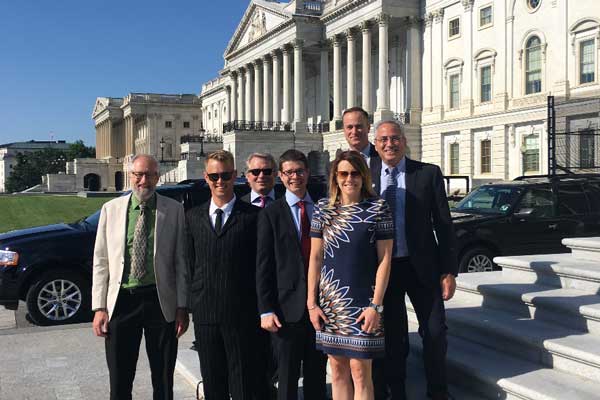 PeopleForBikes staff and members of the Bicycle Product Suppliers Association in Washington, D.C.

PeopleForBikes and representatives from the bike industry spent May 16-17 2017, in Washington, D.C. for two executive fly-ins and the first-ever PeopleForBikes Congressional Bike Fest.

According to the most recent Outdoor Recreation Economy Report from the Outdoor Industry Association (released in April of this year), bicycling is an $88 billion a year industry that contributes $12 billion a year in federal, state and local taxes and supports 770,000 jobs.

For the third annual Bicycle Product Suppliers Association fly-in, representatives from the bike industry met with congressional staffers about the Border Adjustment Tax (BAT). Attendees included Larry Pizzi from Accell, Adam Micklin from Felt Racing, Andrew Kempe from Shimano, Randy Neufeld from SRAM, Bernie Doering from Stages Cycling and Fred Ferguson from Vista Outdoor. House Republicans have proposed the BAT as part of their broader tax reform package. Under this proposal, imported bicycles and bicycle parts could be subject to significant tariff increases, translating into a major price increase for consumers.

“The Border Adjustment Tax is an important and timely issue for the whole bike industry,” says Adam Micklin, Bicycle Product Suppliers Association president and Felt vice president of sales and marketing. “We are concerned about this proposal and paying close attention to anything that would increase the cost of bikes to our customers.”

TIGER is administered by the U.S. Department of Transportation and it inspires communities to create multimodal solutions to transportation challenges. Millions of Americans use TIGER-funded facilities, between roads, transit, bus and bike. There is concern that President Trump’s fiscal year 2018 budget proposal could significantly impact funding for TIGER.

“Having more and better places to ride bikes is important to the industry and affects our bottom line,” says Gary Sjoquist, government affairs director at Quality Bicycle Products. “The people riding on bike lanes, in bike parks and on mountain bike trails are our current and future customers, so losing this funding source would hurt businesses and communities nationwide.” 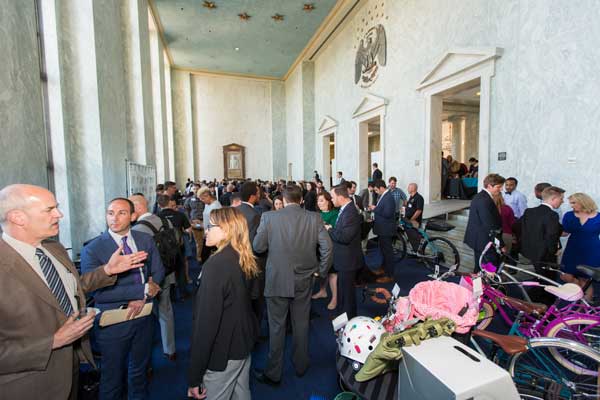 “We are an industry of innovation, job creation and mobility,” says Rebecca Smith, general manager of REI Co-Op Washington, D.C. Flagship. “The Bike Fest was an opportunity to remind elected officials how innovative our industry is and how influential and important the $887 billion outdoor industry is to local economies. Our showcase brought out hill staffers and members of Congress who appreciate the power of bikes and understand their value to communities across the nation.”

PeopleForBikes will continue to monitor the BAT and President Trump’s budget cuts to bike projects and will aggressively work with allies on Capitol Hill on policies that are beneficial to bicycling and the bike industry.