The Big Jump competition is on: At least 92 cities intend to apply 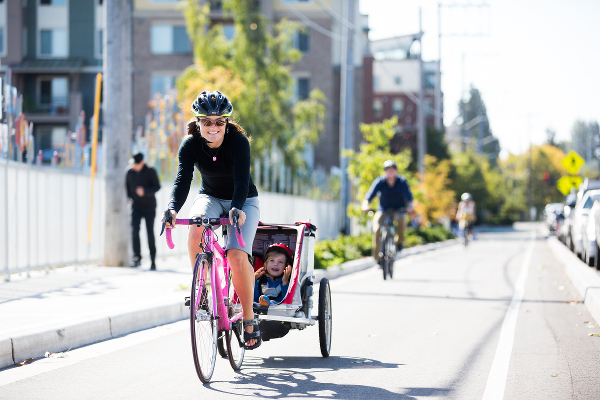 Dozens of U.S. cities of every size are eager to be on the leading edge of building great networks for biking.

Final applications are due in late October for the Big Jump, a new three-year PeopleForBikes project focused on doubling or tripling biking in 10 neighborhoods or districts around the country. But an interim deadline last Thursday gives a hint at how many cities and other agencies (counties, regional governments and so forth) are taking a shot at participation.

We received 92 (optional) letters of intent to apply, prepared by communities in 40 states including Alaska. Though we can’t share the names of those agencies yet, we can share a bit about the communities that submitted them. They included:

What did these communites have to say? Well, Local Innovation Director Kyle Wagenschutz (who’s leading the selection process) made this cloud from the most common words in the 92 letters. 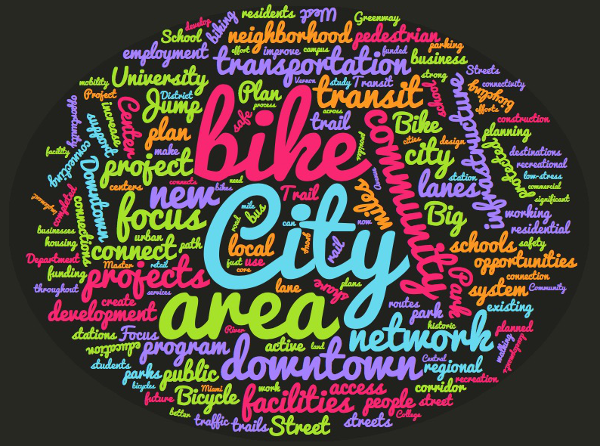 We’ll be choosing just 10 communities from these applications, based on the potential we see for rapid progress. Some of the cities might already be known as biking innovators; some almost certainly won’t be yet. All of them will be able to demonstrate the sort of broad, diverse support for progress that makes change possible.

We’ll be aiming for a variety of sizes and contexts in the cities we choose, because we want any community in the country to see the potential of rapidly connecting and promoting its local biking networks. Though we encouraged applicants to prepare these letters, that was more for their sake than ours — getting signoffs on a letter of intent is a good way to build internal consensus. We won’t reject any community because they didn’t send a letter.

In other words, this competition is still wide open. We’re excited by what we’ve seen so far and we’re eager to see what else is on the way.