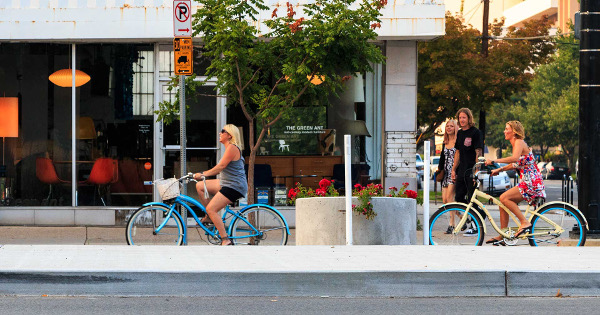 Protected bike lanes require space on the street, and removing curbside auto parking is one of several ways to find it. But whenever cities propose parking removal, retailers understandably worry.

A growing body of evidence suggests that if bike lanes and parking removal are part of a general plan to slow traffic, everybody can win.

In an in-house study of its new protected bike lane, Salt Lake City found that when parking removal was done as part of a wide-ranging investment in the streetscape — including street planters, better crosswalks, public art and colored pavement — it converted parking spaces to high-quality bike lanes and boosted business at the same time.

On 300 South, a street that’s also known as Broadway, SLC converted six blocks of diagonal parking to parallel parking and also shifted parallel parking away from the curb on three blocks to create nine blocks of curb-and-parking-protected bike lanes on its historic downtown business corridor. 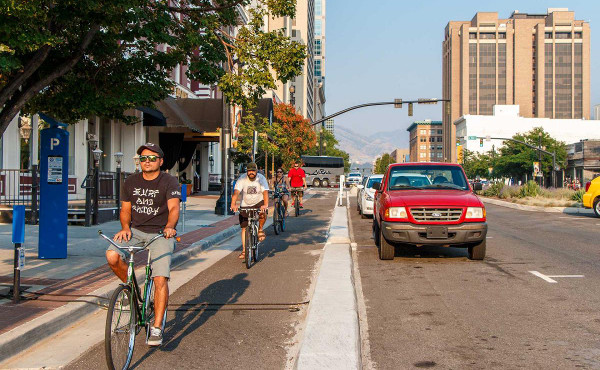 It added up to a major road diet on part of the street (from five general travel lanes to three) and much less auto parking on another part (a 30 percent cut total).

Along the project, sales rose 8.8 percent, compared to 7 percent citywide. 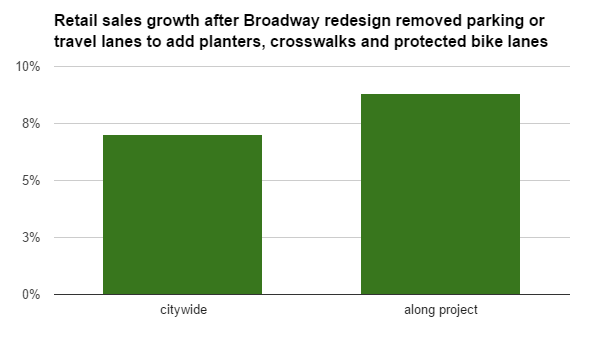 It wasn’t just a matter of dollars. The city’s “business ombudsman” also did door-to-door surveys with managers of the street’s 90 retail, restaurant and service storefronts, asking what they thought of the changes and recording them “being conservative so as not to overstate support.”

Ninety percent of the businesses were reached. Here’s what they said: 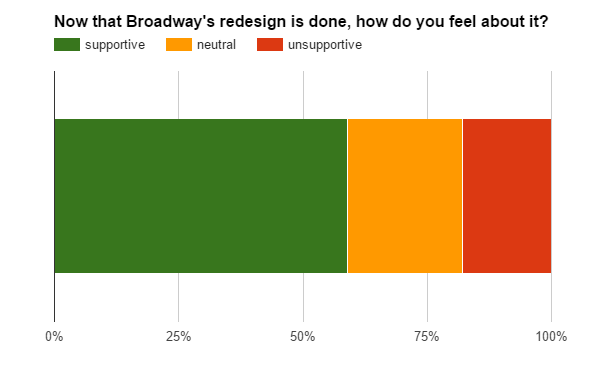 On Oct. 17, the city is planning to celebrate these great results, along with the official opening of one of the country’s first protected intersections, at SLC’s first Biketoberfest block party downtown.

How could adding bike lanes make sales go up? One way, of course, is that they increase bike traffic on the street. Customers arriving by bike not only tend to be more loyal, they also require much less parking space per wallet, so it’s the best kind of traffic for a business.

But that’s probably not the main reason for the sales jump. Instead — as on New York City streets, which found extremely similar results in a similar 2013 study of sales tax data — Salt Lake City’s experience shows that bike lanes are typically best for business when they’re part of a general rethinking of the street to make it a more pleasant place to linger.

“I think the key thing is the feel of the street,” said Phil Sarnoff, executive director of Bike Utah.

Sarnoff said that the thanks to the parallel parking and fewer lanes, car traffic had slowed down and more people in cars tend to stop for people at crosswalks.

“It’s never felt like a Broadway,” Sarnoff said. “Prior to this, it didn’t feel like a street that people want to walk up and down. I think it’s changed a little bit.” 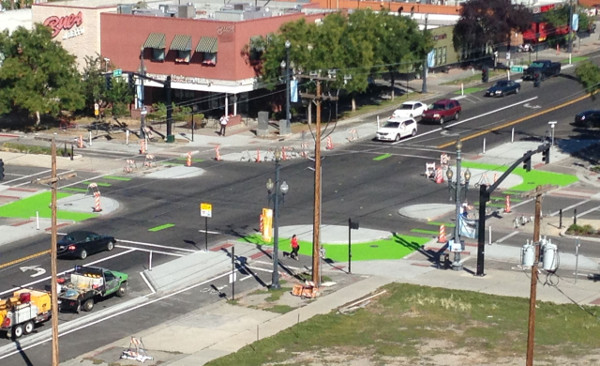 Where Broadway intersects with 200 West, the streets will get a protected intersection to improve biking and walking safety.

That’s why even the owner of a plant store, John Mueller of Paradise Palm on Broadway, can see sales go up as a result of a project that makes biking easier.

“The bike lanes and lower speed limits help to calm car traffic and increase pedestrian traffic — all positives for my business,” Mueller told the city. “Business is up 20% since last year.” 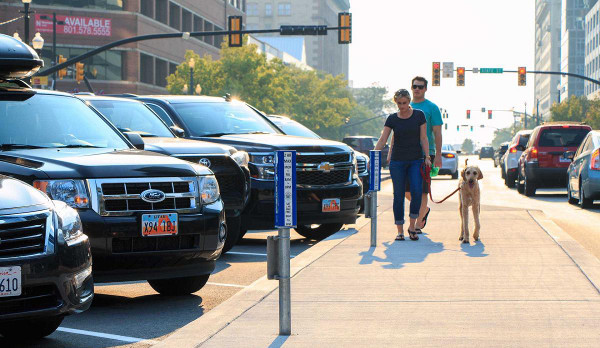 Becka Roolf, SLC’s bike and pedestrian coordinator, said that even people who drive to shop downtown spend much of their time walking from place to place. That’s why the walking experience on Broadway seems to be more important to business there than the speed at which people can drive past or the ease of finding a parking spot.

“It makes it feel like you’re not always being surrounded by moving traffic,” Roolf said. “It just makes the street a better place to hang out. And most of time Americans when we hang out, we spend money.”