Race on wheels: 4 lessons for green lanes amid gentrification 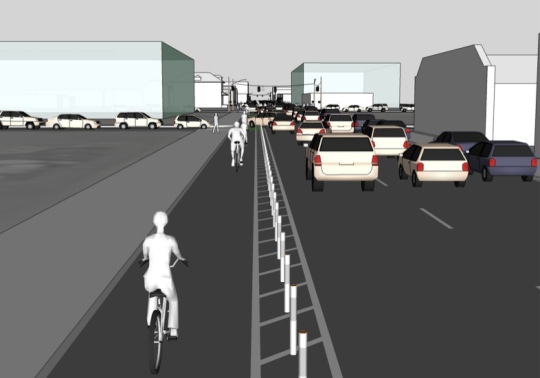 When a protected bike lane project collides with decades of racism and anger, what’s a bike planner to do?

In more and more towns, it’s a shared dilemma. The rebounding prosperity of America’s central cities has driven the biking boom and also accelerated gentrification of black neighborhoods — including in the country’s whitest major city, Portland.

Last month, Oregon announced a $1.5 million state grant that will pay for the reconstruction of Portland’s busiest bikeway, North Williams Avenue, to include a protected green lane — one that runs through the heart of a historically black neighborhood.

It was a victory for a project that seemed, two years ago, to have been completely derailed by issues related to race and racism. I talked to the project’s manager, the recently retired Ellen Vanderslice, and to Debora Leopold Hutchins, chair of the citizen committee that selected it, to find out how the two women carefullly addressed, then overcame, the racial issues that might have killed the search for a safer, better street.

Here are four lessons Vanderslice said other cities could learn from her experience.

1) Find trusted community leaders to be part of the process.

Of the 18 citizens on the original stakeholder committee to redesign one of the main corridors of Portland’s historically black neighborhood, Vanderslice said, 14 were white.

The size of that mistake became obvious when nearby residents, many of whom were black, were surprised by proposals to remove or relocate auto travel or parking lanes.

Hutchins (at right), a bike commuter who also leads a recreational biking club for black women, was one of the few people of color on the committee. When the racial tensions became obvious to her, she sent an email to Vanderslice calling out the problem.

“I said wait a minute, this is not an equal community,” Hutchins recalled. “They wrote back and said, basically, ‘You’re right. We could have done a better job. Could you help us find people who meet these criteria?'”

Working with Hutchins and others, Vanderslice and city contractor Michelle Poyourow scrapped the original task force, delaying the project by months, and recruited Hutchins as the chair of a new 27-person committee with 12 members of color — 44 percent of its membership, up from 22 percent on the original committee.

2) Agreeing on a project means telling a story. Make your project’s story one people like. 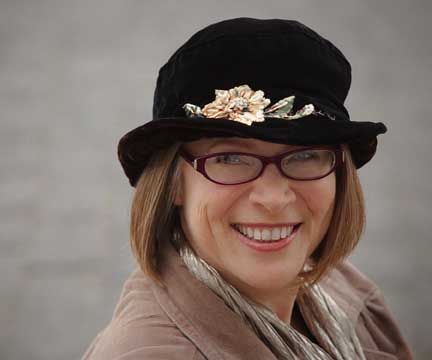 Every public project has a public narrative. When race is involved, it becomes especially important for the story to be upbeat.

“‘Black people don’t ride bikes’ — that’s a story,” said Vanderslice (at right). “If you looked at it statistically in Portland, there would be some truth.”

Though that story is far from entirely true — about 2.6 percent of black Portlanders and 7.7 percent of multiracial Portlanders get to work by bike or motorcycle, compared to 7 percent of all Portlanders — its power came from a deeper, truer and far more disturbing narrative: the facts that Oregon and Portland once banned black residents, spent decades systematically demolishing black neighborhoods and, as recently as 1990, saw so much opposition to renaming a street after the Rev. Martin Luther King that a black-community newspaper office was apparently set on fire.

“There’s a lot of wounds that never got healed,” said Hutchins. “And when you have wounds that are not healed and all of a sudden you bring in another initiative and you are not asking the people who live there how they feel about it, all it does is put salt in those wounds.”

So Vanderslice and Hutchins tried to make the opposite story true. Thanks in part to the revised committee and to Hutchins’ own work as its chair, Vanderslice said the dominant narrative of the project became “these people worked very hard to understand the issues, to understand what the community wanted here, and to choose a project.”

The revised story was about the process, not about the project itself. But that new narrative freed the committee members to do what everyone wanted to do all along: negotiate a mutually acceptable design for a busy street.

“People do not like it when you unilaterally implement things, even when they’re in agreement with it,” said Vanderslice. “The means was more important than the end — and that is a lesson that very few public agencies are willing to embrace.” 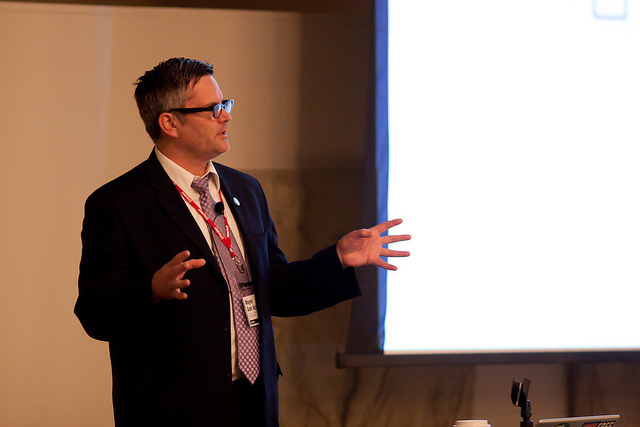 A key assist for the Williams project came from someone above Vanderslice’s pay grade: Portland’s mayor.

In November 2011, the project team persuaded Mayor Sam Adams — a white, middle-aged North Portlander with strong ties to the bike community — to visit the committee and detail what Adams called the “racist and discriminatory policies” of the City of Portland and others that, in the 1950s through 1970s, used one taxpayer project after another to tear up the city’s “blighted” black neighborhoods even as bankers systematically refused loans to black homeowners in the area.

“Mistakes have been made all over this country — we know it,” Vanderslice said. “And the willingness of Mayor Adams to stand up in front of a roomful of people and say these things were egregiously wrong — that’s powerful.”

Vanderslice, who moved to Portland with her husband in the 1970s, said city planners — who, in Portland, tend to be liberal and overwhelmingly white — struggle to accept that they’ve inherited those sins.

“They might know, but they weren’t the people responsible,” she said. “But you’ve got to own your agency’s actions.”

4) Use detailed visualizations of streetscape changes to defuse uncertainty.

Here’s something true about citizens of every color: they tend to resist the unknown. When tensions are already high, it’s worth pulling out a few extra stops to clarify a project proposal.

“Most people cannot visualize what something is going to be like,” Vanderslice said. “They just can’t do it. So they don’t really know what you’re proposing. And people are afraid of things they don’t understand.”

So Portland spent several thousand dollars, Vanderslice said, to hire a local firm to create 3D video models of several different proposals for the streetscape. Once some of the more general issues of racial difference had been discussed, the videos helped committee members shift gears into discussing their concrete options for the street.

“They really worked hard to understand,” Vanderslice said. “And when they did, that is when they began to think about this in the way they did.”

In the end, Williams was a draining and personally difficult project for both women.

Emotionally exhausted, Vanderslice retired soon after the plan was complete. Hutchins, meanwhile, was deeply shaken by the obscenely racist and sexist epithets people left in blog comments and her personal Facebook page, apparently from people angry that the bike project was delayed.

Hutchins said she’d never claimed to be a voice for North Portland’s black community. But part of being black is being treated as if you represent other people with your skin color, she said.

She wishes she could have been seen in some other role.