Popping a wheelie and other reasons to attend a skills camp 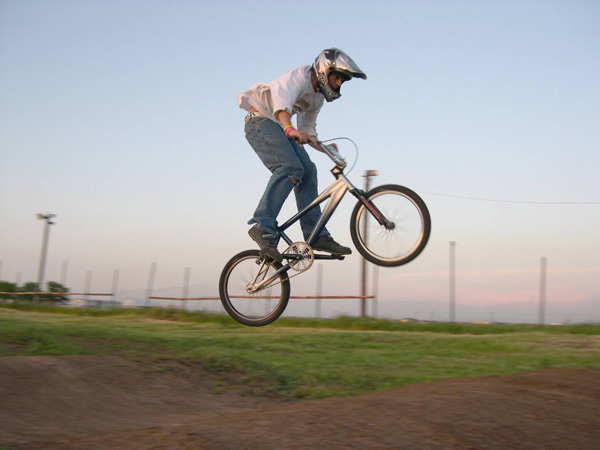 BMX bikes are a great way for kids (and adults) to learn how to do many tricks, including wheelies.

Perched on the purple drop bars on my pink 10-speed, I raced a group of BMX kids around the neighborhood, reveling in how much faster my gears made me. The race was mine, and we all knew it.

Then one of the kids popped a wheelie.

That single move stopped me in my tracks. I was transfixed by the wheel’s ability to hover in the air for what seemed like an eternity. I went home determined to learn how to wheelie.

Instead, I learned not to practice wheelies on a road bike on the pavement.

A few years later, I got my own BMX bike (thanks, Grandma!). It was white with neon pink and blue splatter-paint?a.k.a. ?80’s camouflage.? I took the bike outside ready to pop my first wheelie, my first taste of gravity-defying success.

I pedaled up to speed, yanked up on my handlebars and then?

My wheel was as glued to the ground as it ever was on my pink 10-speed. I yanked and yanked on the handlebar, but the only time the tire left the ground was when my hand slipped off the plastic grip and I hit the pavement. The bike landed on top of me, leaving bruises on both my elbow and ego.

As grade school gave way to college and the BMX bike was replaced by a mountain bike, and the wheelie continued to taunt me. I did push-ups and pull-ups, and yet, whenever I yanked my handlebar, the results were always the same: Nada. Zilch. No wheelies for you! 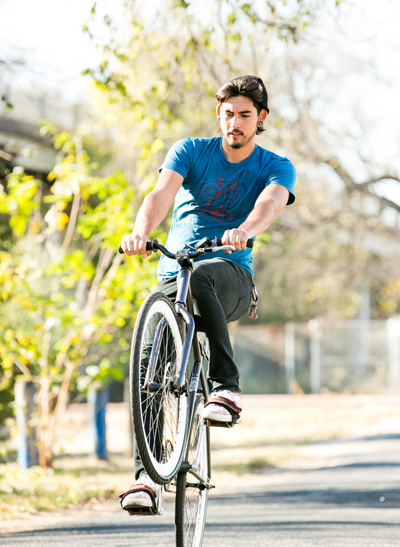 Many people don’t realize that wheelies come from the legs, not the arms.

It wasn’t until I saw a guy riding a no-handed wheelie around a parking lot that I was smacked by the epiphany that wheelies don’t come from the arms, but from the legs. Five minutes later, my front wheel lofted into the air. It didn’t stay there for long?that would only come from practice?but it was enough to accomplish a goal I?d held onto since childhood.

A few years later, at the Trek Dirt Series Camp, I watched dozens of riders learn in only fifteen minutes what it took me a decade to discover. Watching a field of doubtful eyes turn incredulous as their wheels flung skyward was magical.

Of course I knew it wasn’t magic at all. I was simply lucky enough to witness a skill being passed along from one rider to the next like a recipe for tailgate chili.

Since that moment, I?ve attended dozens of skills camps as both an instructor and a participant.

I?ve seen grandkids and grandparents alike experience the magic of an ?Aha!? moment when a skill that’s always eluded them suddenly makes sense. But the greatest lesson I?ve learned is that it’s never too late to gain the skills and confidence on the bike, whether you?re riding trails or just rolling down to the grocery store.

I?m a 35-year-old mother-of-two who can pop a wheelie whenever I want. 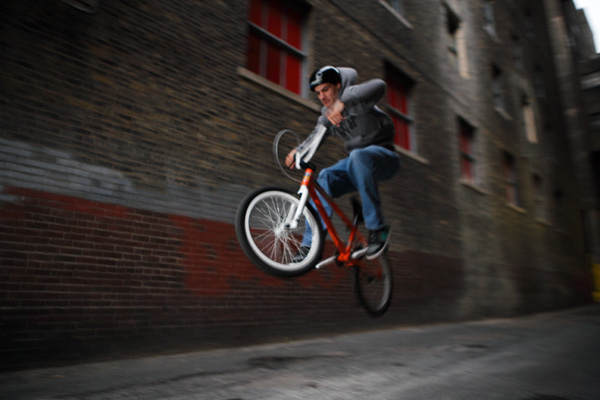 Skills camps provide so many with that “Aha!” moment on things that have eluded them for weeks, may be months.