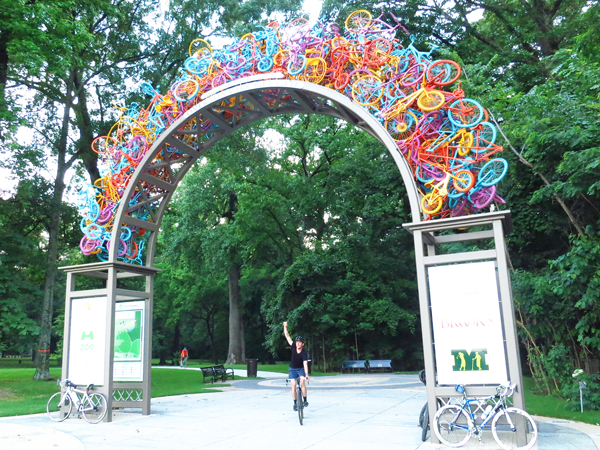 In almost any town or city, bike shops are the hubs of the bicycling community. They are important to PeopleForBikes too; we have more than 1,000 retailer members bringing new riders into the movement and collecting donations to help fund our Community Grants program. Each month we showcase one of our retailer members who is going above and beyond to help improve bicycling in their own community. Last month we turned our blog over to our friends at Hoback Sports in Jackson, Wyoming. This month, we spoke with Cort Percer of Peddler Bike Shop in Tennessee and Mississippi. He gave us the inside look at the growth of the shop to three locations and how protected bike lanes have been a boon for business.

PeopleForBikes: Tell us about the history of Peddler.
Percer: In the summer of 1971, Dan Lamontagne drove a VW Microbus from Memphis up to Chicopee, Massachusetts where his uncle ran a hardware store that also sold Raleigh Bicycles. With the seats out, Dan was able to fit about 24 bicycles into the bus and made his way back down the Appalachians and across Tennessee. The van broke down three times but Dan and the Raleighs made it back to the Delta. Dan set up shop next to the University of Memphis (“Memphis State” back then), took advantage of Eddy Merckx’s popularity and sold those two dozen Raleighs quite quickly. In the 40 plus years we’ve been around we’ve had some great coworkers. Some alumni include Brad Devaney, an engineer at Litespeed, and Patrick Brady, the man behind Red Kite Prayer.

What do the shops look like today? Does each shop cater to different types of riders?
The shops look a lot different than the little yellow farmhouse where Dan made his start. We’ve modernized with the times so there is a lot of aluminum and carbon on the showroom floor, but we still love to see some of those old Raleighs come through the shop! Each shop caters to every type of rider because we know that the person who comes in for a road bike might already have a mountain bike and could also be looking for their kid’s new bike. Our employees don’t ride just one type of bike; we love all bikes and we like to share that love of bicycles with everyone who walks through our doors.

The Memphis and Germantown locations, respectively

In what ways is Peddler Bike Shop involved in the local community?
We welcome and support everyone in the bike community. We are the shop sponsor for seven teams that race road, mountain, triathalons and cyclocross. We support four clubs through discounts, vehicle SAG support and special events. We are the shop sponsor for the American Diabetes Association’s Tour de Cure Memphis and the Juvenile Diabetes Research Foundation’s Ride for a Cure. This is a cause that hits close to home because one of our employees controls his diabetes through bike riding. We also offer mechanical support to the Wings Cancer Foundation’s Ride to Rosemary.

We don’t only focus on racers and enthusiasts. We offer support to Memphis Hardcourt Bicycle Polo, do rolling SAG support on a monthly casual ride called Cycle Memphis, help plan Bike to Work Day and donate used bikes and parts to two local bicycle recycle cooperatives. We have donated bicycles for auctions at churches, schools and a bicycle festival called Bikesploitation. Local artists also frequent the shop for parts to be used in public art projects like the Crosstown Arts Beacon and the Overton Park Bike Gate. Outside of the shop, we attend public meetings and maintain working relationships with elected officials, chambers of commerce and other organizations that aim to clean up and better our city. 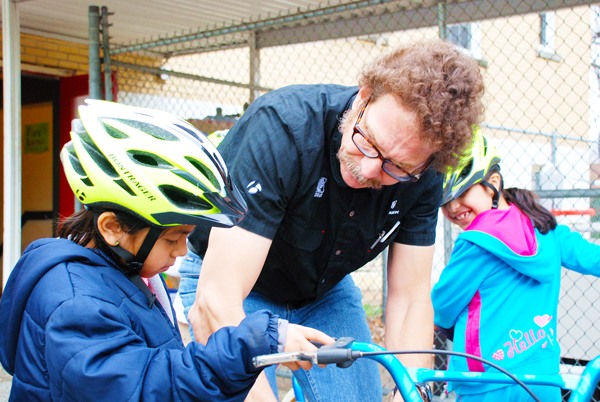 Memphis was one of the first cities in the Green Lane Project initiative. How has the increase in bicycling infrastructure affected business for Peddler Bike Shop?
The recent commitment to increasing the cycling infrastructure of Memphis has had a profound impact on business for Peddler Bike Shop. People have begun to see bicycling in a different light; as not just for “Tour de France guys” or people without cars. Recreational riding spread like wildfire throughout the city and garnered us more business as well as more competition. We’ve seen many of our customers move past that entry-level hybrid into higher-end road and mountain bikes and we’ve even developed some dedicated commuters along the way. It’s safe to say that because of the Green Lane Project and similar initiatives our bottom line has doubled.

What are some unique ways has your shop reached out to new PeopleForBikes supporters?
We bring PeopleForBikes sign-up sheets and buttons to every event we attend. Even though we all ride bikes there are still people out at races and charity rides that have not signed the pledge. But we don’t stop at bike events: music festivals and brewery nights are great places to get the message out. We also include PeopleForBikes messages in some social media posts. 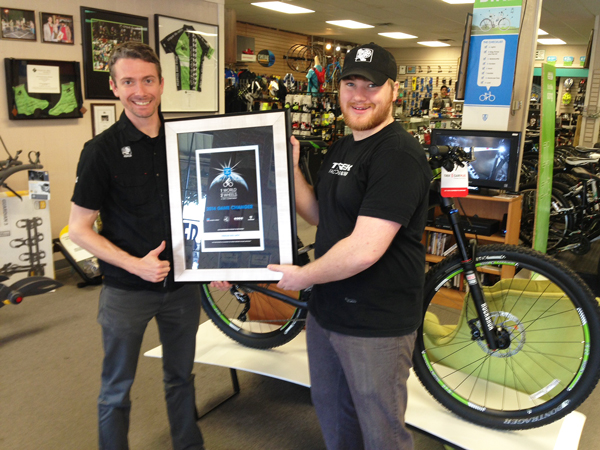 Do you have one day in the shop that stands out as the most memorable?
I have many great memories from over the years. We’ve recovered lots of stolen bikes, I’ve taught several kids and adults how to ride bikes, and I’ve made many great friends. The one day that really stands out is the day of the fire. Our storage bay was taken out by a fire at the adjacent business. When I say taken out, I mean they had to run over the building with a bulldozer to smother the fire. Tools, shop supplies, employees’ bikes and customers’ bikes were all demolished. Everyone was understanding and we were able to replace most of the bicycles with new ones. There were a few bikes that held sentimental value for the owners and I worked diligently to track down replacements. One bike in particular was a Dutch bakfiets that Kyle, the City of Memphis Bike/Ped Coordinator had bought from a mutual friend. Bakfiets are non-existent in Memphis and still rather difficult to find in the US, but I was able to get one from Canada that he and his son love to ride around town.

What do you have planned for the shops in 2015?
In 2014 we opened our Mississippi location, moved our Memphis store to a bigger building and gave our Germantown store a facelift. In 2015 the plan is to dig in, literally. We are working to build new singletrack trails in north Mississippi. We plan to continue our trail revitalization efforts at Shelby Farms Park, the largest urban park in the U.S., as they remodel. Of course, we’re going to get more people riding bikes!

Anything else you’d like to add?
To all the people out there wishing their city had bike lanes and facilities but don’t think that their city cares about bikes: don’t wait for everyone else to catch up with you. Six years ago Memphis had no bike lanes, so we painted some ourselves and that was the catalyst that turned Memphis around. Those guerilla bike lanes are now the Green Lane Project!

A big thanks to Cort and the rest of the crew over at Peddler Bike Shop for their continued support!

You can find the PeopleForBikes retailers near you over at our Get Local map. If your local bike shop isn’t a member but should be, you can encourage them to sign up here.