Outer London is about to activate the ‘secret weapon’ of the suburbs: the bicycle

Kingston’s rail station would become a “major cycle hub” under London’s plan to pour tens of millions of dollars into biking improvements in three of its suburbs.

You may have heard that London has just approved a spectacular crosstown protected bike lane. But another part of its plan has, ironically, gotten little press in the United States.

As London’s regional government begins what may be the biggest municipal bicycling investment in the history of Europe, it’s setting aside $140 million for part of the city that many Americans would feel right at home in: the suburbs.

“Cycling is, I think, the secret weapon of suburban sustainable transport,” says Transport for London Director of Surface Strategy and Planning Ben Plowden. “It is much more like car travel than transit is.” 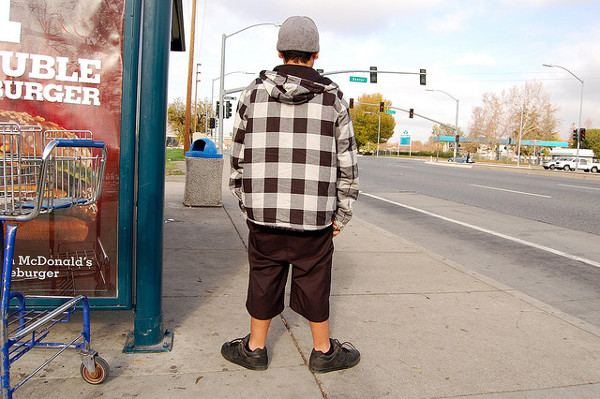 In the United Kingdom as in the United States, efforts to reduce car dependence have relied mostly on the biggest tool in the shed: mass transit.

In London and New York, transit reigns supreme. The cities’ woven grids of bus and rail lines, built gradually over 150 years, wield multibillion-dollar budgets and carry the overwhelming share of non-car trips in each city.

But in smaller cities and suburbs, mass transit stops working so well. With further to walk to each bus stop, fewer people ride. With fewer riders, buses run empty and it becomes cripplingly expensive for agencies to run them frequently. With infrequent buses, short transit trips take hours.

It’s a vicious spiral familiar to anyone who’s ridden transit in a U.S. suburb or small city — let alone tried to balance the budget of a suburban transit agency.

“You’re not going to have a $125 an hour bus with 43 seats coming through all these cul-de-sacs,” said David Bragdon, a former New York City sustainability chief now running Transit Center, a transit-focused policy nonprofit. “It just doesn’t work.”

That’s why London, working to stave off congestion as its population keeps climbing, is looking hard for better ways to improve suburban transit. And that’s what led its transport agency to the bicycle.

In many suburbs, bikes already carry 15 percent of transit ridership or more

Transport for London estimates that half of potential bike trips currently taken in cars are in outer London.

The potential for bicycling in the suburbs, says Plowden, is mathematical.

“This is already a mass transit mode,” said Plowden, speaking last week at a Transit Center-sponsored event in the Portland suburb of Beaverton. “It’s a much cheaper way of getting people around the city than rail transit, certainly, per passenger-kilometer — because they bring their own equipment.”

Even in Beaverton, an auto-oriented suburb that straddles the Portland region’s most-ridden rail line, bikes carry 24 percent as many commuters as mass transit.

Plowden’s argument isn’t that transit is a bad investment. Transport for London is proud that 94 percent of metro-area residents now live within 400 meters of a bus stop. Thanks to service improvements, London bus ridership has been rising fast.

Faster, in fact, than every mode except one: the bicycle.

These countries design their suburbs so local trips can be done by foot and bike as well as by car. Trips into the city, meanwhile, often use train or bus.

The key to the system: Once biking becomes easy in the suburbs, it also becomes easy to bike a couple miles to a train station. That can break the vicious cycle of low ridership.

“One of the biggest challenges for conventional transit in this country is first/last mile,” said Bragdon, the New York transit advocate. “You can run this good light rail service every 10 minutes on this trunk line, but people are still low-density. Biking, I think, is a real practical solution to that problem.”

Plowden agrees. His agency is dedicating 10 percent of its massive $1.4 billion biking improvement budget over the next 10 years on a trio of what it calls “mini-Hollands,” suburbs that will be dramatically redesigned for biking.

“They are spending sums of money that you would never have contemplated spending in an Outer London borough,” Plowden said.

Plowden’s agency calculates that Outer London’s boroughs, the suburban areas developed mostly in the 20th century, contain 60 percent of London’s population and half its potential bike trips: trips of several miles currently taken in cars by physically able to bike.

Plowden said that if bikes can be made a viable option for those trips, a century’s worth of suburbs, in the States as well as Britain, can be freed from their overwhelming dependence on cars.

“It provides the opportunity to meet those more complex suburban journeys,” he said.