These are definitely thrilling times for Chicago cyclists. Last summer Mayor Rahm Emanuel announced that the Chicago Department of Transportation (CDOT) would be installing the city’s first two-way protected bike lane on Dearborn Street, a multilane northbound street through the center of the Loop downtown district. In November CDOT installed bike-specific traffic signals to guide southbound cyclists and prevent conflicts between northbound bikes and left-turning motor vehicles. On Friday the department announced that striping would begin this weekend.

?We are committed to improving the safety for all roadway users throughout Chicago,? said CDOT Commissioner Gabe Klein in the press release. ?The Dearborn Street barrier-protected bike lanes will provide bicyclists with a safe and comfortable route, making a key connection for people who commute via bicycle through the heart of the Loop… [They] will balance roadway space to ensure pedestrians, transit users, bicyclists and motorists can travel along and across the street safely.”

I pedaled downtown Saturday afternoon to see how the ?game-changing? Dearborn two-way protected bike lane was progressing. I was expecting to see a few blocks of striping work completed. I was pleased to see that by 4 pm this afternoon striping work seemed to be largely complete on almost the entire corridor from Polk Street to the Chicago River, less than 24 hours after work started.

One reason the work went so fast is that it was done by CDOT crews using paint, rather than contractors using molten thermoplastic. Chicago might want to might to consider for all bike lanes. Thermoplastic lasts much longer, but paint is a whole lot cheaper. I’m told that the city of Milwaukee crunched the numbers and found that it was cheaper to repaint their bike lanes every year than to stripe them with thermoplastic once every few years. More frequent re-striping might also help ensure the lanes stay visible.

But that’s a debate for another day. For now, let’s celebrate the lightning-fast progress of this pioneering facility, which CDOT says will be completed, including striping, signage, bollards and traffic signal timing, by mid-December, if the weather holds up.

Since there are no bollards or signs up yet, many drivers were, understandably, parking in the bike lanes, but the lanes really won’t be safe to ride until the signals are activated anyway. One benefit that has already resulted is that, with the removal of one of the three travel lanes, Dearborn already feels calmer and more civilized, like a bustling neighborhood retail street rather than a typical downtown speedway. The following images provide a virtual tour of the new lanes heading northbound; more photos can be viewed here. 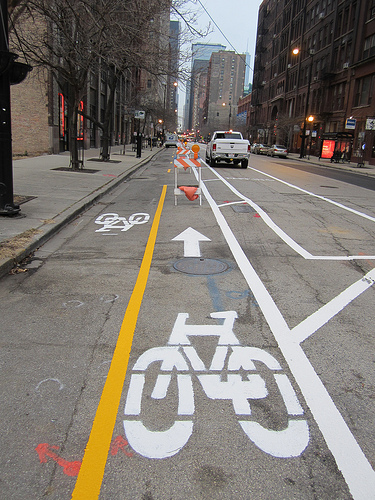 Southern terminus of the lanes at Dearborn and Polk streets 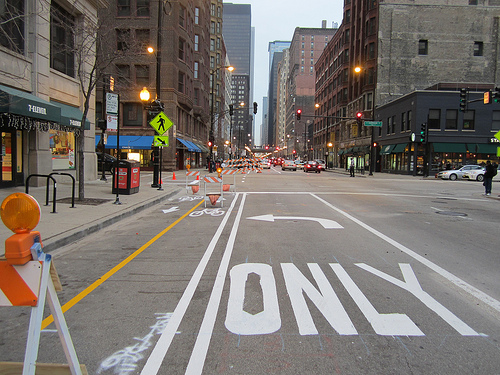 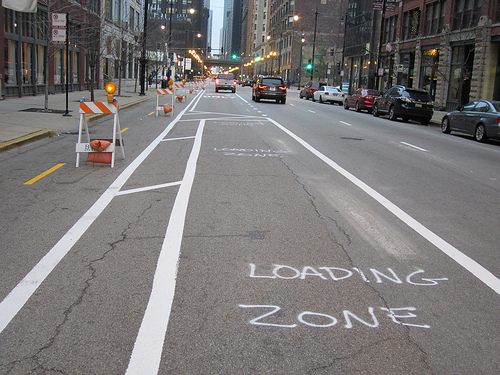 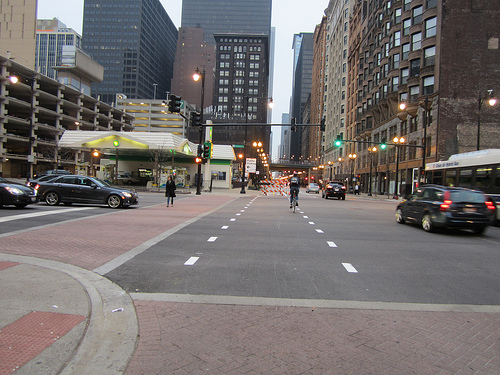 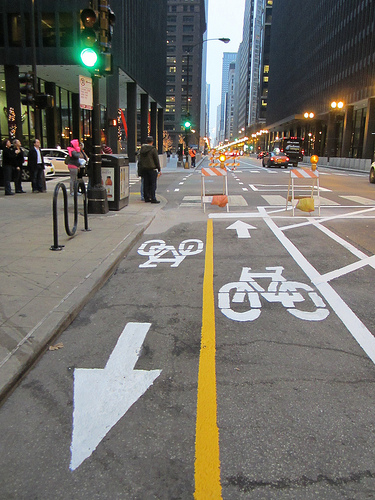 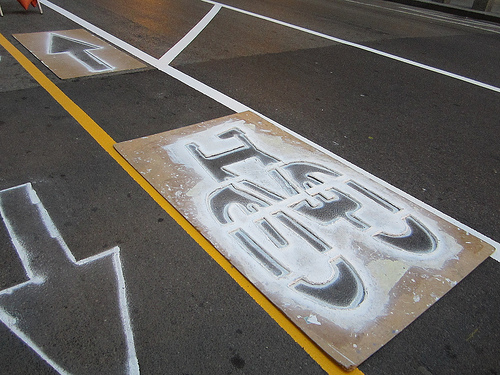 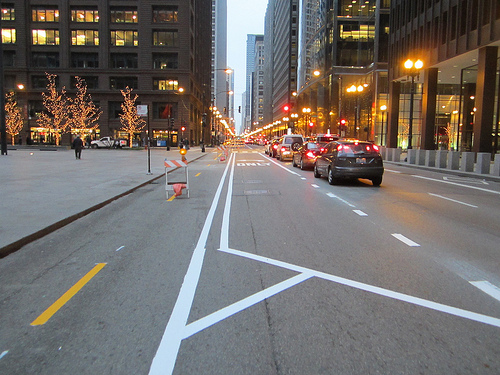 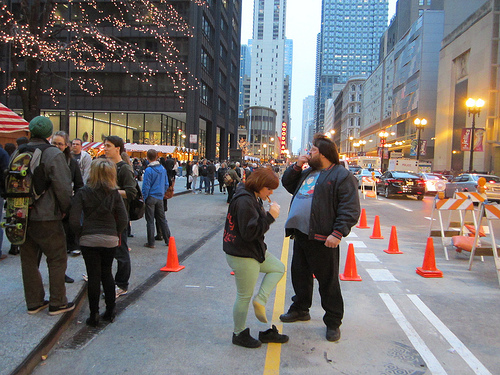 Just north of Washington Street by the German Christmas Market in Daley Plaza. Hopefully CDOT will install ?No snacking in bike lane? signs. 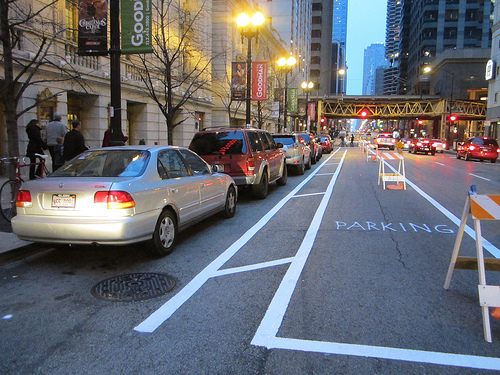 North of Randolph Street by the Goodman Theater. Looks like the theater staff moved the sawhorses to allow curbside parking in the bike lane — bollards and/or signs plus ticketing should solve this problem. 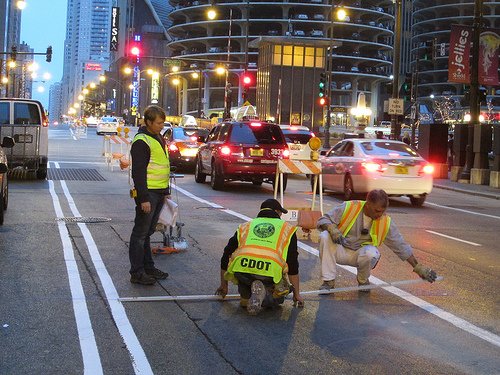