How high can they go? DC bike counts show continuing surge in protected lane use 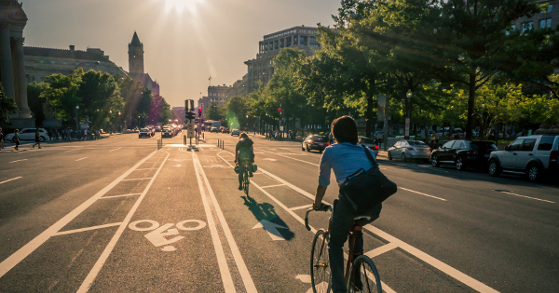 Freshly compiled bike counts from June 2013 show that the number of people biking in the 15th Street and Pennsylvania Avenue lanes during peak hours has grown seven times faster than the citywide average since April 2010. 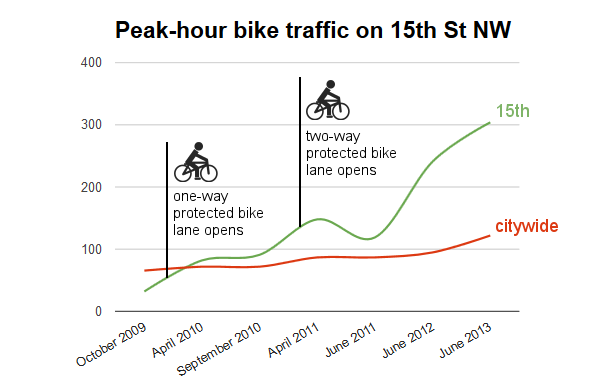 Peak-hour bike count on 15th between T and Swann streets.

“I don’t really know where they’re coming from, whether they’re new riders or diverting,” District Department of Transportation Bike Coordinator Mike Goodno said Friday. “I think a lot of it is the desire for this kind of facility.”

It’s certainly true that since 2010, when it launched a bike share system and started building protected lanes, Washington DC has been recruiting and/or retaining new bike commuters more effectively than almost any other city in the country. Washington’s 2012 increase in bike commuting was one of the nation’s most impressive, and 2013 bike counts at the 19 locations tracked by Goodno’s office suggest that 2013 will be at least as big: peak-hour bike traffic is up 17 percent over 2012. Since 2010, Goodno’s bike counts are up by an average of 54 percent citywide.

But that increase is dwarfed by the 371 percent growth in biking observed on both 15th and Pennsylvania.

Bike growth: ‘You can just see it’ 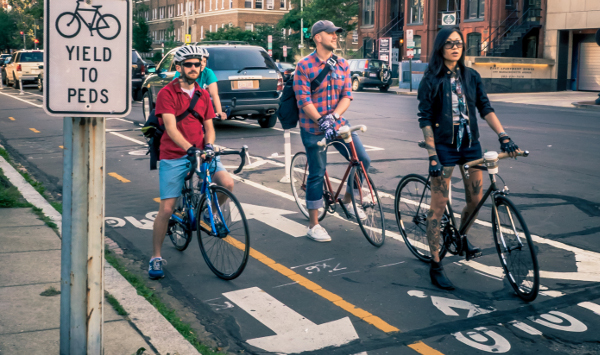 “You can just see it,” said Ellen Jones, director of infrastructure and sustainability for Washington’s Downtown Business Improvement District. “Visually, Pennyslvania Avenue, 15th Street — when you have 12 bicyclists waiting for the light on a weekday, you know that these folks are not all tourists.”

Jones said some of the growth is probably due to bike share station locations near the protected lanes. And to be fair, some of the growth on 15th is also due to more bikes headed southbound: in late 2010, the district converted its one-way protected bike lane to a two-way. But that change doesn’t come close to explaining the huge rise in bike traffic on 15th.

Jones said she thinks the protected lanes create a “trickle-out effect” on riders around the city, too.

“Their confidence has been boosted by being in traffic on a bicycle in a highly trafficked area,” Jones said. “That has to carry through for folks, I think, when they’re in different environments. … Maybe all they really needed all along was just a little more confidence about what they needed to take the road.” 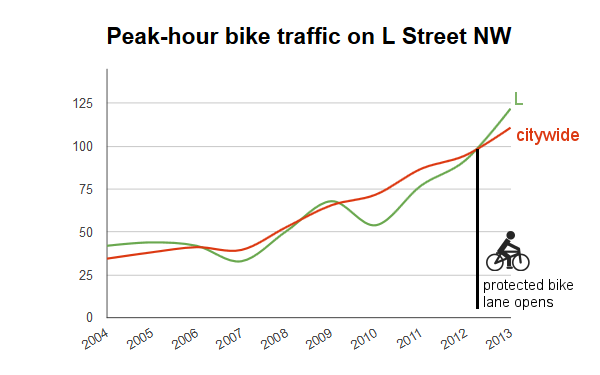 Peak-hour bike count on L Street between Connecticut and 18th.

Goodno’s team has been counting bikes on L Street since 2004. In 2013, the first year of the L Street protected lane, the peak-hour bike count jumped 33 percent — enough to move the street ahead of the citywide growth rate.

This year, a one-way lane in the other direction will open on M Street, creating a long-planned couplet with L. Will that have an effect on L Street traffic? We’ll find out this summer, when Goodno’s team will be out, as usual, counting.

“We’ve had a lot of requests from people who said they’re not biking until we get M Street,” Goodno said.