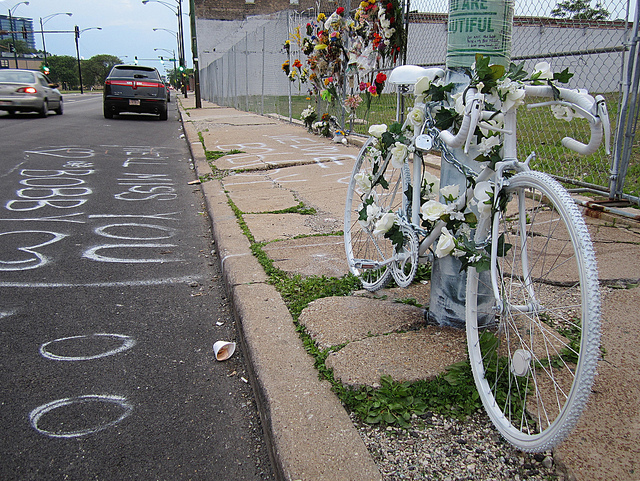 About a week after the May 29th death of Chicago cyclist Robert ?Bobby? Cann, killed by an allegedly drunk, speeding driver at the intersection of Clybourn and Larrabee avenues, the Chicago Department of Transportation announced plans to stripe buffered bike lanes on the entire 3.5-mile length of Clybourn. Construction should start next week, according to CDOT spokesperson Pete Scales.

According to police, Ryne San Hamel, 28, had a blood-alcohol content of .127 and was driving his Mercedes sedan at 50 mph when he struck Cann, 25, on the 1300 block of North Clybourn. San Hamel has been charged with reckless homicide, aggravated DUI, misdemeanor DUI, reckless driving, and failure to stay in the lane. Bail was set at $100,000; the driver has posted $10,000 and was released from police custody.

Several memorials and tributes have been held in honor of Cann, a Groupon employee widely described as a safe cycling advocate. Cann’s coworkers recently started a memorial Groupon that has raised over $40,000 for the Active Transportation Alliance’s Neighborhood Bikeways Campaign, which advocates for protected bike lanes. Bob Kastigar, a longtime Chicago bike activist and Critical Mass rider, launched a petition drive asking that Cook County’s top prosecutor, Anita Alvarez, send the case to court instead of making a plea bargain; Kastigar sent Alvarez a 432-page printout with 5,274 signatures. 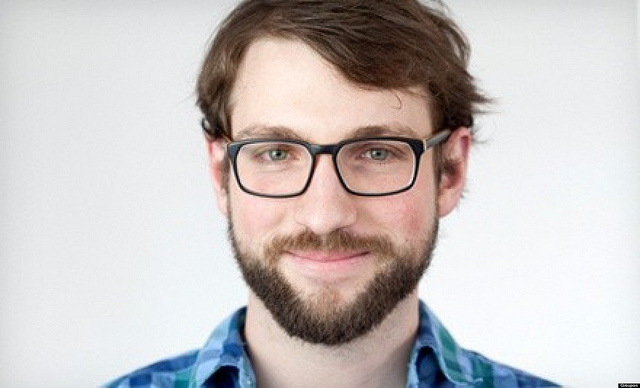 In February, my Streetsblog Chicago writing partner Steven Vance reported that the Illinois Department of Transportation has been prohibiting the installation of protected lanes on state jurisdiction roads in Chicago at least until CDOT collects three years of ?safety data? on existing Chicago protected lanes. That means the earliest than ban would be lifted would be July 2014, three years after Chicago’s first protected lanes opened on Kinzie Avenue. IDOT has not blocked installation of buffered lanes.

The city’s Streets for Cycling Plan 2020 classifies Clybourn as a ?Crosstown Bike Route,? a bike-priority street connecting neighborhoods. Clybourn is generally about 52-feet-wide, which would be enough room for two seven-foot-wide parking lanes, two five-foot bike lanes with a three-foot buffer, and two 11-foot travel lanes. Alternatively, there could be eight-foot parking lanes and ten-foot travel lanes. If IDOT hadn?t been blocking the protected lanes, its likely CDOT would have installed them on the street instead of buffered lanes, possibly before the crash occured. 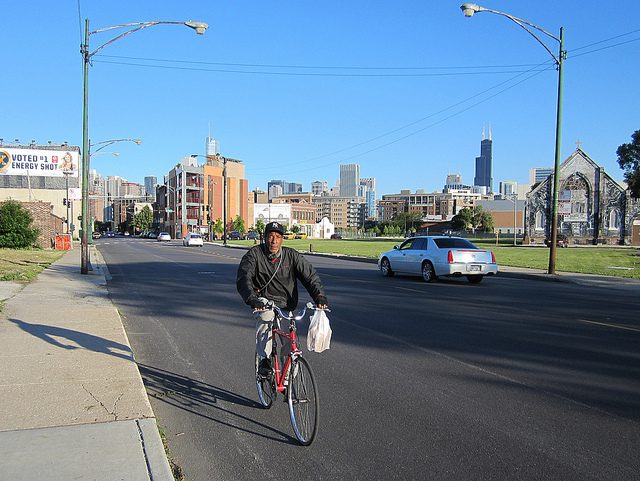 The circumstances of Cann’s death are still unclear. He may have been struck in the intersection, in which case protected bike lane wouldn?t have shielded him from San Hamel’s car. However, if the Clybourn parking lanes had been relocated to the left of protected lanes, this would have physically narrowed the travel lanes. That might have caused San Hamel to driver slower, which could have mitigated the crash. While it’s impossible to say whether protected lanes would have saved Cann, it’s certain that they would have improved safety on Clybourn for other cyclists, more so than the upcoming buffered lanes, which will merely be paint on the road.

In the wake of Cann’s death, IDOT tweeted support for CDOT’s plan for buffered lanes. As Steven wrote earlier, this is hypocritical, since the department blocked the protected lanes that might have made a difference in the crash, and IDOT has not changed its policies towards protected and buffered lanes at all in response to the case. The department is still blocking the protected lanes that could help prevent further loss of life.

Therefore, I have mixed feelings about the upcoming buffered lanes on Clybourn. CDOT is making the best of a bad situation by striping the lanes, which will be an improvement over the status quo. However, if IDOT actually cares about improving safety, the department needs to lift the ban on protected bike lanes immediately. That would make a real difference for keeping Chicago cyclists safe, and that would be a fitting legacy for Bobby Cann.