A few weeks ago we spent a few days in Atlanta, GA. We had so much fun exploring the city that we wanted to share our experience through our camera lens.

We first crossed paths with Amber at Atlanta Streets Alive, a ciclovia-style event that opens up the city’s streets for people to play, walk, bike and make their own fun. She was leading the bicycle parade as a phoenix, symbolizing Atlanta’s rise from the ashes of the Civil War. Following Atlanta Streets Alive, we met up with Amber at her bike shop, Houndstooth Road, in Decatur, GA. She showed us around the shop, then we walked about two blocks and hopped on the MARTA to begin our tour of the city. 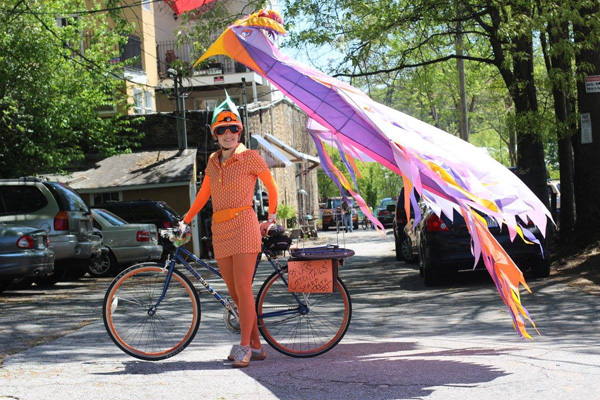 Our first stop was King Memorial Station where we took a quick ride through Oakland Cemetary, the oldest cemetery in Atlanta. There we visited the resting places of Margaret Mitchell, author of Gone With the Wind, and the Confederate Memorial Grounds. The area was not only a cemetery, but also a beautiful park and valued green space within the city limits. 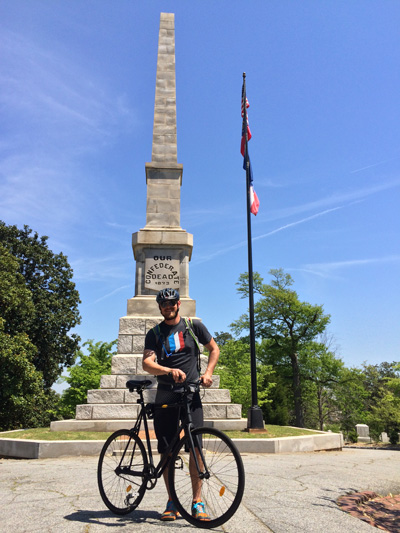 From Oakland, we road on the streets, both with bike lanes and without, to the Ebenezer Baptist Church and the Martin Luther King Jr. National Historic Site. We completed a walking tour of the area and then headed to our most anticipated spot, the Beltline. 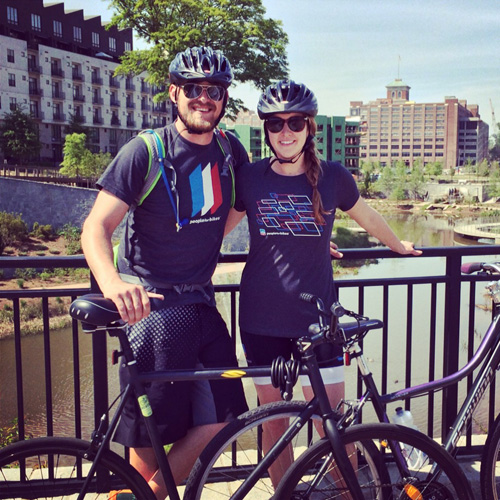 While riding on the Beltline, we decided to pop into the Atlanta Bicycle Coalition (ABC) offices for a quick hello. We were greeted with a warm welcome and a thank you for attending their Atlanta Streets Alive event. PeopleForBikes has supported ABC with a few grants through the years, most recently in 2013 when we funded their Connecting the City campaign to get bicycle infrastructure installed on three key streets through downtown. We received a quick office tour thanks to Leslie Caceda, ABC Progam Manager, and Adam Nguyen, ABC Membership Coordinator. Their offices are both functional and beautiful (thanks to a contest they won at IKEA!) 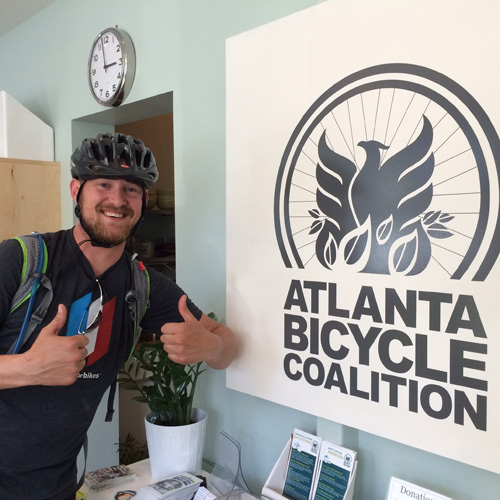 Following our visit to ABC we headed right back to the Beltline Trail. We began our ride on the Eastside Beltline Trail via the Irwin St. access point. We rode the Beltline until we reached Atlanta’s first cycle track on 10th St., just outside of Piedmont Park, with stops along the way at the Atlanta Beltline Bicycle shop and the Historic Fourth Ward Park. 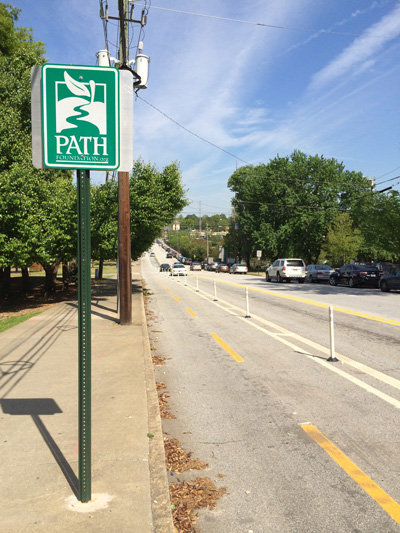 After venturing back to Decatur, we decided to finish off our day with a local favorite, Farm Burger. Amber suggested it for its delicious milkshakes! 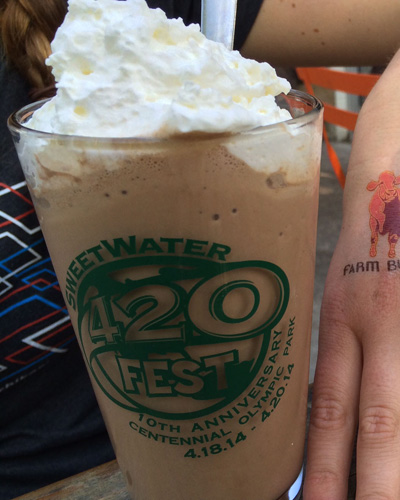 Thanks to Amber and the ABC for helping make our Atlanta bike tour memorable (and tasty)!