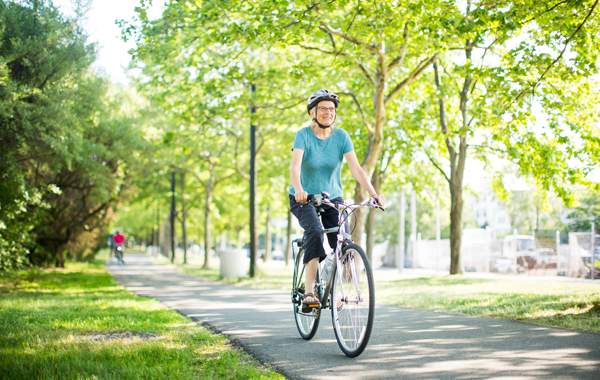 Much of what we believe about bike riders is based on stereotypes and assumptions and we often find ourselves wanting to know more. In 2014, PeopleForBikes commissioned our U.S. Bicycling Participation Study, the first study to measure participation in all types of outdoor bicycling. Our sample of more than 16,000 adults who reported on almost 9,000 children was weighted to represent the U.S. population. In addition to giving us new and important insights into who is riding, why they’re riding and what it will take to get them to ride more, our data helped bust many myths about bike riders. Here are the top seven (also featured in this infographic).

Myth #1: Not many people ride bikes

Fact: While bike riders are not yet a majority in the U.S., there are a whole lot of us. The study found that 104 million people rode a bike at least once in 2014, accounting for one third of the U.S. population. The median number of days biked per year for these 104 million people was 22 days.

Fact: It’s a common stereotype that people who bike don’t drive–actually, the opposite is true. Not only did our study find most people who bike also drive (88% of them), but bike riders actually are more likely to drive than people who don’t bike (84%). 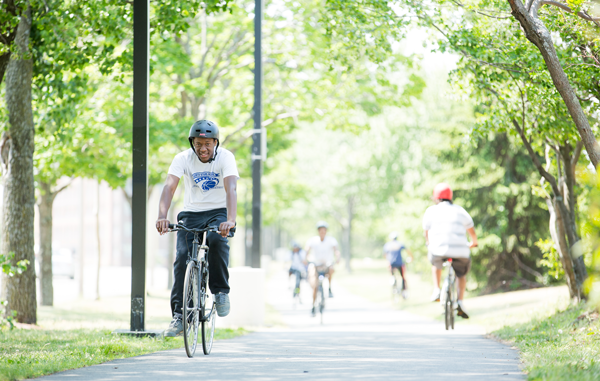 Fact: A larger number of bike riders are white (58% compared to 42% people of color), but 43% of Americans who self-identify as Hispanic/Latino rode at least one day in the past 12 months. That is compared to 33% of blacks and 32% of whites. People of color were also more likely to say they want to bike more often.

Fact: 40% of adult bicycle riders earn $20,000 or less. Despite these high numbers, people from income bracket are the least satisfied with the bike paths, lanes and trails in their area and only 41% reported familiarity with places to ride in their areas. Programs such as bike shares, that increase the availability of bicycles, could help increase ridership among this group of bike riders even more.

Fact: No matter how you slice the data–across age, gender, race or income–people would ride more if they felt safer. When asked if they would be more likely to ride if motor vehicles and bicycles were physically separated, more than 40% of black, Hispanic and white Americans all said yes. 48% of women and 45% of men answered yes to the same question. Bicycling is seen as a convenient way to travel but traffic and other safety concerns are a barrier to every group we surveyed. 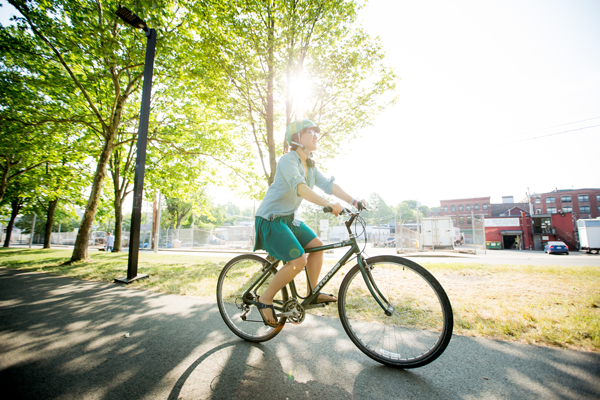 Fact: Participation does skew young, but it is rising in older populations. As we explained in a blog post last year, the 2009 National Household Travel Survey found significant growth in bike riding among adults ages 50-69. Frequency does still decline with age, but older transportation riders are most likely to run errands by bike of any age group (70% of riders 55 and older). There’s also hope that we can get more older riders back on bikes. More than 50% of adults 55 and older see bicycling as a convenient way to get around and 44% said they want to bike more often.

Fact: We’ve written about women and bicycling in detail. We found that while more men are riding, the gap between the genders is not as wide as we thought it would be. Of the 104 million people who rode a bicycle last year, 45 million (44%) were women compared to 59 million men (56%).

Our one million (and counting) supporters are scattered across the country, come from different communities and lead very different lives. What connects them is their love of riding bikes and their interest in doing it more often. The study shows that if we increase the availability of bikes, and give people more safe places to ride, they will do exactly that. To do this effectively we need to bury these myths for good and start telling the true story of bike riding in the U.S.

In addition to the Participation Study, which you can read in-full here, PeopleForBikes also published a report called Building Equity: Race, Ethnicity, Class and Protected Bike Lanes. Together these two resources give us a clear picture of who is riding bikes and how bike lanes can help bridge inequalities to get even more people riding.