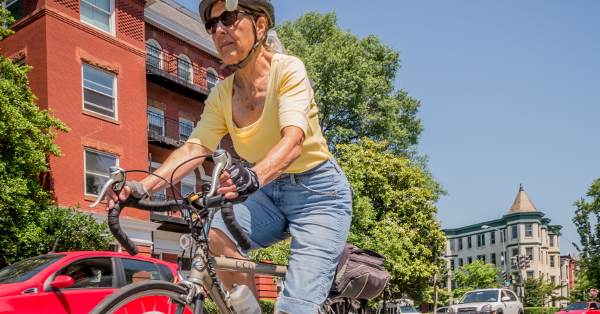 The national surge in bicycling since 1995 may have more to do with healthy hips than with hipsters.

Biking rates among people between the ages of 60 and 79 are soaring, an analysis of federal data shows. New trips by seniors account for 22 percent of the nation’s growth in adult biking. And because biking among children is actually falling, these seniors’ new trips are equivalent to more than a third of the overall gain in biking. As recently as the Clinton administration, biking was for the young. Riding a bicycle over the age of 55 was very rare; riding over the age of 75 was almost unheard of. Even today, the rapid drop in car use among young adults sometimes leads to assumptions that Millennials have been driving the nationwide boom in bike trips. There’s no question that Generation Y’s tendency to favor city life and its declining enthusiasm for car ownership has boosted bike transportation. But as the older Civil Rights Generation and the Baby Boomers who followed them have entered the last third of their lives, they’ve quietly transformed what it means to be the kind of person who rides a bicycle.

Between 1995 and 2009, the most recent year for which National Household Travel Survey data is available, the rise in biking among people ages 60-79 accounted for 37 percent of the total nationwide increase in bike trips.

Rebecca Serna of the Atlanta Bicycle Coalition said she’s seen the trend in her own family — her father began riding regularly just after retiring, she said — and in the people who show up to her organization’s adult bike safety courses.

“Rarely do we get someone under 30,” she said. “We’ve had folks well into their 70s, late 70s, that have wanted to learn how to ride a bike for the first time.” 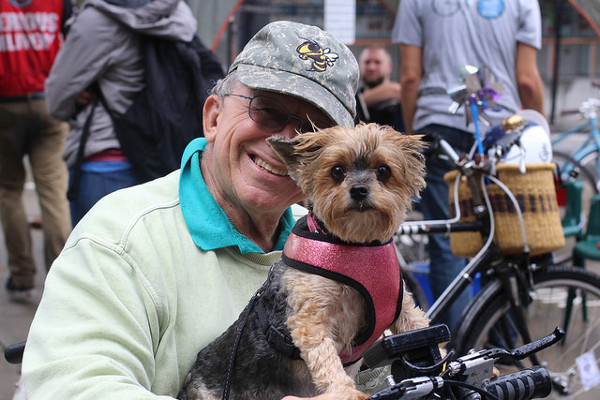 “Many people of all ages are looking for alternatives to the car,” said Kathryn Lawler, director of the Atlanta Area Agency on Aging. “Either they’re just tired of it or they don’t feel comfortable driving.”

But there’s a catch, Lawler said: though a rapidly growing share of older people would like to ride, American cities built during the last 60 years don’t make it easy for most people to do so.

“Transportation is the number-one unmet need of older people in the Atlanta region,” Lawler said. “We were ranked the worst place in the country when it comes to transit options for the older demographic.”

This weekend in Atlanta, Lawler’s agency is working with Serna’s organization, with Mike Lydon of the Street Plans Collaborative and others to turn two blocks of Auburn Avenue into a street that’s friendlier for riders of “all ages and abilities” by adding physical barriers that turn a buffered bike lane into a protected lane.

Lawler said the goal of “Sweet Auburn: Living Beyond Expectations” is to appeal not to people who currently ride bicycles but those who don’t, because they fall into the wide middle swath of Americans, those who are “interested but concerned” about riding bikes for transportation.

“I think it’s very fair to say that many older bikers don’t find themselves in that highly expert category,” Lawler said. “We have to make the kind of infrastructure for that middle group if we’re going to find the benefits.” There’s little question, at any rate, that older Americans’ interest in biking is rising. Phineas Baxandall, who since 2013 has been analyzing the decline in driving among young adults through a series of studies for the United States Public Interest Research Group, said the reasons for the shift among older people are probably complicated, but the implications are interesting.

“The Millennial shift has largely overshadowed changes in older people’s travel behavior, but this data shows that Boomers are also looking for other ways to get around,” he said.

Clarification 7/8: A previous version of this post used more confusing language to describe the role of seniors in the modern biking surge. Their trips represent 22 percent of the net increase in adult biking.