I’ve ridden a bike all over the world and I can say with confidence that Cuba is the best place to tour on two wheels. It’s safe, it’s beautiful and the people are very inviting.

First and foremost, it’s a safe haven for cyclists. The roads are pretty much void of cars. I’m not kidding when I say that there is barely any traffic. I pedaled 850 worry-free miles on a variety of roads, never once feeling scared of cars. In fact, the majority of ‘traffic’ I dealt with were horse drawn carts, and farmers on bikes. 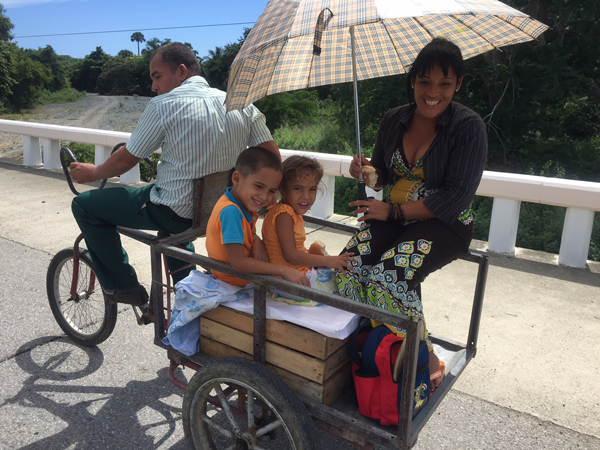 Not only are the roads safe, but the country as a whole felt void of bad guys. I’ve been robbed in Central America a few times in my various travels, and it was a breathe of fresh air to roam the streets of Cuba with no worries. The only danger is getting hit up for conversation. They’re very curious about tourists, especially Americans. 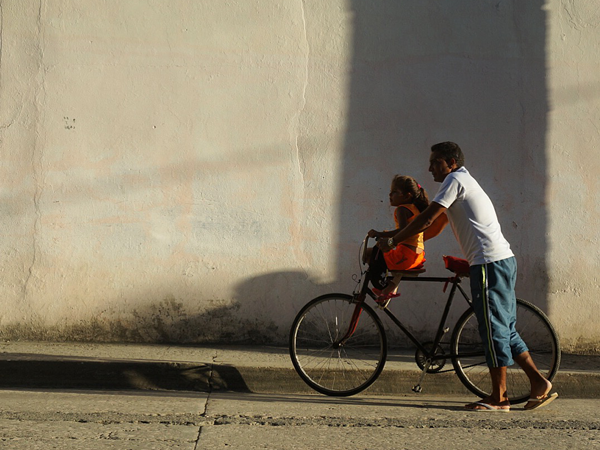 Loud, exuberant and incredibly generous, the people were my favorite part of Cuba. Every single day I made new friends, in large part due to staying with locals. At the end of each day, I’d ride around looking for ‘Casas Particulares.’ These houses have a small sign indicating that they rent rooms. Prices range from 15-25 dollars and usually come with a meal. In 20 days of travel, I had a variety of hosts, and was welcomed with huge smiles every time I knocked on a door. Each experience played a role in educating me about the beauty of the people, the island and even local politics. 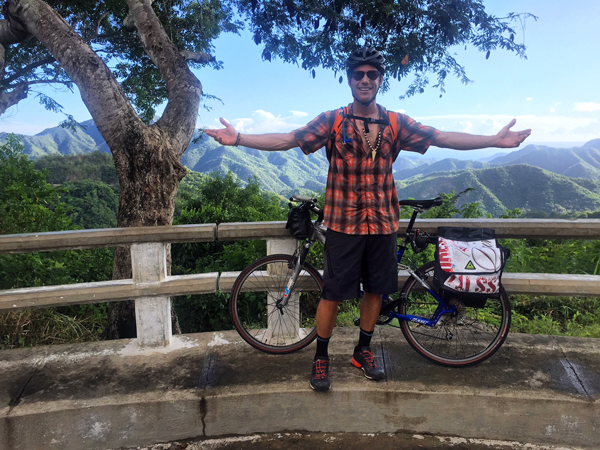 How bout the terrain? Well, my route took me from from Santiago de Cuba, on the far eastern side, to Havana. I was greeted by intense heat and big mountains in the Sierra Maestra mountain range (where Ché and Fidel staged many revolutionary battles). The inclines reminded me of Boulder, but the suffocating heat was like nothing I’d ever dealt with before. Fresh coconut water saved the day on many occasions. The middle section was easy, rolling hills and wind at my back (thank you Prevailing Winds). 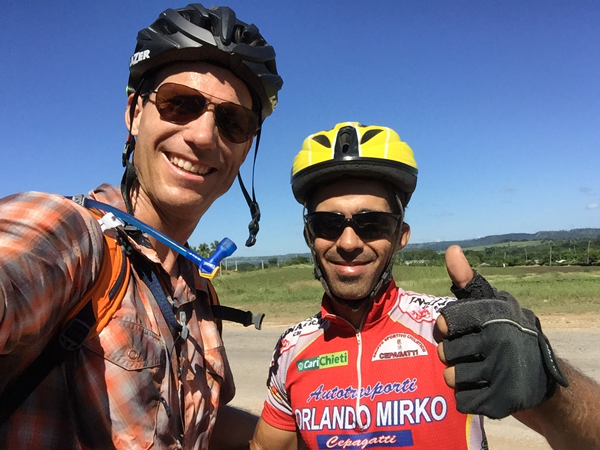 Wind at your back or not, you want to go slow. You want to take it all in. You want to stop and talk to everyone you meet and enjoy each and every pedal stroke of the journey. Nobody rushes in Cuba, and you shouldn’t either.

Before coming home, I gave away my bike to a guy I met on the street. It was the least I could do after having one of the best adventures of my life. Viva Cuba!

Ryan Van Duzer is a 365 day bike commuter who has never owned a car. He often incorporates cycling into his work as a travel filmmaker. He also loves burritos.