Bike lane philosophy: Are you an incrementalist or a completionist?

A lot of arguments in the world of progressive street design these days aren’t between good and bad. They’re between better and much better. 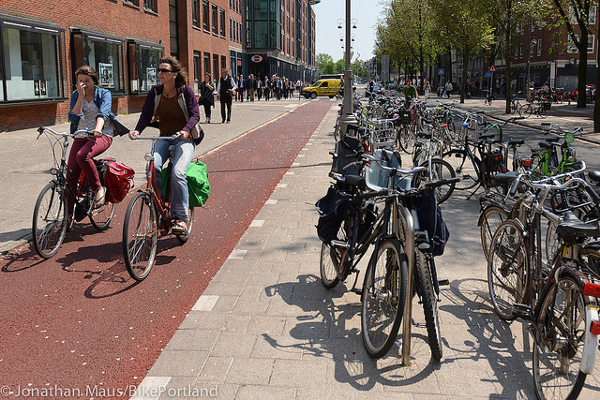 This comes up again and again in the endless and usually fun arguments the bike-oriented Internet is always having with itself. Here’s a tweet from one high-profile urbanism consultant, annoyed by the Green Lane Project’s willingness to praise protected bike lanes that put both directions on the same side of the street:

Six photos show how much a quick protected lane can add to a bigger project http://t.co/v14NMIYzC2 pic.twitter.com/qQpT2MLM8Y

And the spirited response from our friend and co-founder Randy Neufeld, a longtime director of Chicago’s Active Transportation Alliance now at the SRAM Cycling Fund:

@copenhagenize @GreenLaneProj Bring it on Mikael! I believe you meant “You’re embarrassing us who promote PERFECT design”

The road to Copenhagen is paved with transitional infrastructure. We’re trying. How about some encouragement? @copenhagenize @GreenLaneProj

Here’s another tweet, from just this week, that struck a chord with us:

Point out flaws in new protected bike lanes, you think like dinosaur. Propose something more ambitious, you live in dreamland.

For those of us focusing on strategy, it can be a tough balance. And once you’re looking you’ll see it everywhere in the bike world, from the different approaches of the NACTO and AASHTO bikeway guides to the tension between bicycle drivers and infrastructurists (both of whom are actually united by a skepticism about white stripes of paint). The question is: How much imperfection are we willing to settle for on the way to something better?

It’s OK for different people to have different answers. In fact, this 12-year-old blog post about corporate management makes a useful argument that these differences are good.

There are two distinct personalities when it comes to devising solutions to problems: Incrementalists and Completionists.

Incrementalists are realists. They have a pretty good idea of what is achievable given a problem to solve, a product to ship. They’re intimately aware of how many resources are available, where the political landscape is at any given moment, and they know who knows what. They tend to know all the secrets and they like to be recognized for that fact.

Completionists are dreamers. They have a very good idea of how to solve a given problem and that answer is SOLVE IT RIGHT. Their mantra is, “If you’re going to spend the time to solve a problem, solve it in a manner that you aren’t going to be solving it AGAIN in three months.” …

How does anything get done with Incrementalists and Completionists arguing about degrees of rightness? Well, first, limber Incrementalists can switch teams. They’re opportunists and when they see that acting like a Completionist is a good move and, more importantly, it’s an achievable move, they’ll step up to the Completionist plate. Once they’re there, it’s likely they’ll engage a Completionist to do the heavy lifting, but the Incrementalist will drive because THEY CAN SEE THE PLAN FROM SOUP TO NUTS. This is a big deal for Incrementalists because they normally can’t see past their next meeting? getting them on-board with the “big picture” gives them a sense of foundation they don’t usually have.

Conversely, effective Completionists know when to let the Incrementalists poke around and do their thing — because they know it’ll help with their Completionist agenda. This, too, is a big deal because Completionists spend much of their lives shaking their heads, staring at the floor, muttering, “Boy, could they fuck this up more?”

A healthy population of both Incrementalists and Completionists is essential to a corporate agenda. It’s not only because they both represent groups that “get stuff done”, it’s also because they are going to argue, but it’s the argument you want your teams to have. It’s not “Should We or Shouldn’t We”, it’s “Let’s do this thing, let’s make sure it gets done, and let’s make sure it get’s done right.”

We love this schema from Rands (who is still blogging hard, by the way).

This way of thinking about our arguments isn’t going to resolve them. But maybe it helps us make the most of them. 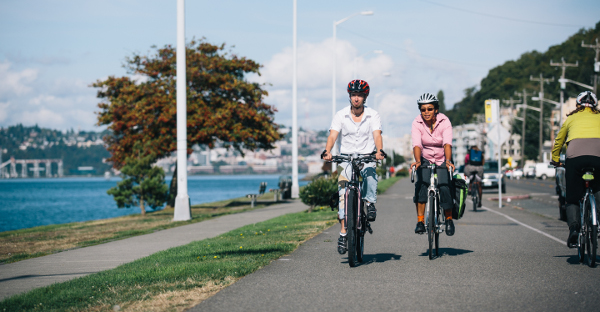