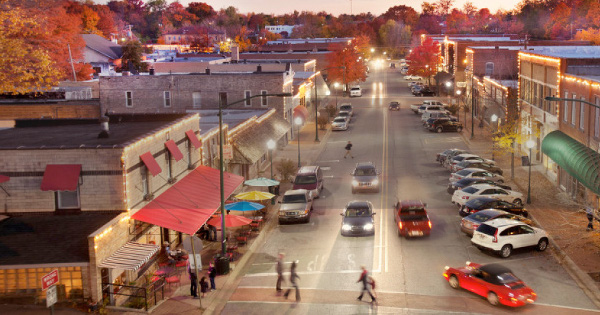 We’re home from Copenhagen but sharing some remaining thoughts from this month’s study tour.

Confession time: When PeopleForBikes came to Copenhagen to lead a study tour mostly of officials from Northwest Arkansas, we wondered if Denmark’s lessons would be relevant.

But though the setting was very different in one of the world’s bike-friendliest metro areas (population: just over 1 million) the vision of prosperous, happy, safe and pleasant cities was perfectly familiar to community leaders in Fayetteville, Bentonville, Rogers and the whole region.

One of the most interesting perspectives came from one of Northwest Arkansas’s smallest cities. Meredith Bergstrom, executive director of Main Street Siloam Springs, was eating lunch on Sankt J?rgens S?, refueling between lectures, when she started thinking aloud about the potential for biking in the smallest cities.

Because a small town is more likely than a suburb or even an urban neighborhood to have a little bit of everything within a short distance, Bergstrom said, biking could be a perfectly practical way to get around. 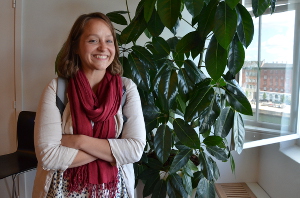 “In my town, I think it would be a great place to implement bike lanes because within city limits it’s like five miles from one end of town to the other,” Bergstrom said. “So for people that work in town or even have meetings during the day, biking to every one of those if you had dedicated bike lanes in town would be really doable.”

Bergstrom ticked off the possible destinations that bike infrastructure could open up.

“For me, I live right in the middle of town — I could get pretty much everywhere,” she said. “I could get to my friends’ houses. I could go grocery shopping. I could go to church. I could go to all my meetings during the day. If I were to calculate the percentage of my travel that’s within four miles — 60 to 70 percent probably.”

Small towns don’t have fewer challenges than big cities, only different ones. But sometimes, they can have some of the same solutions.