After activists install quality bike lane in 10 minutes for $350, Seattle follows through 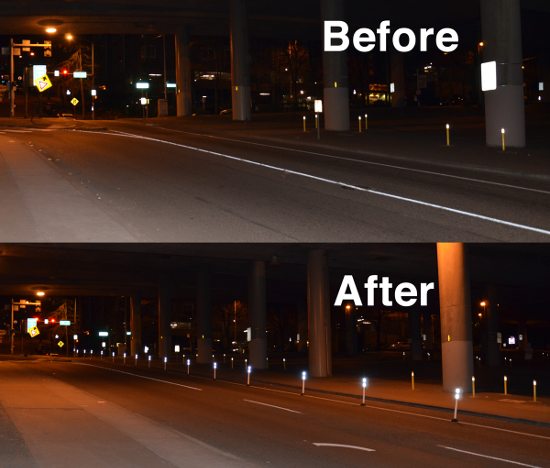 As goes Memphis, so goes Seattle.

Above, you can see what a group of anonymous safety activists calling themselves the Reasonably Polite Seattleites built in the dead of night last April. In their email to the city, they explained the merits of such a project and noted that it had cost them $350 and taken 10 minutes to install. The bollards had been affixed using an easily removable adhesive.

And, as reported Monday by Seattle Bike Blog, here’s what Seattle’s government has now done in response, three months after removing the guerrilla project: 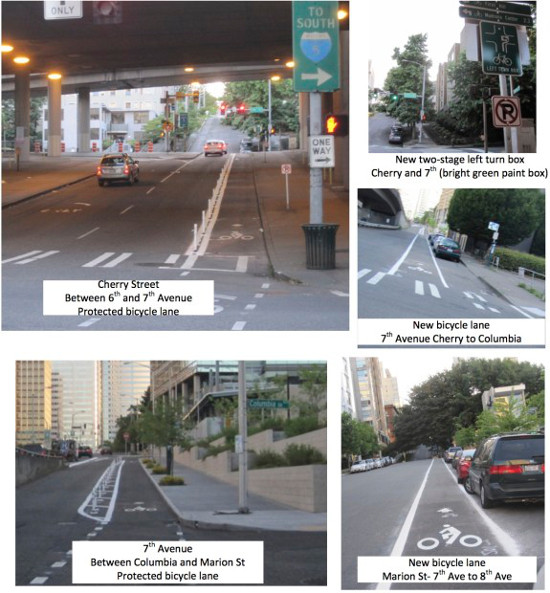 Seattle DOT images of improvements on and near the former guerrilla project.

In a polite email to the Reasonably Polite Seattleites, city traffic engineer Dongho Chang wrote that his office had worked with the state department of transportation ?to reinstall your thoughtful protector treatment on Cherry Street. — We also took this unique opportunity to make additional improvements.?