A market for car-free adventure 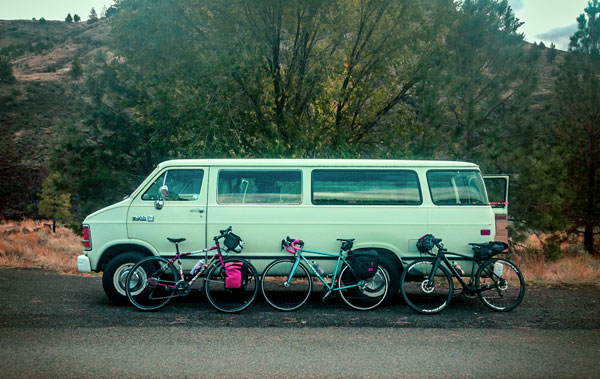 Raymond, Pat Farrell’s 15-person Dodge van from the late 1980s, takes its name from the sitcom Everybody Loves Raymond for obvious reasons. There’s everything to love about the retro van, from brown faux-leather seats to a pistachio-green exterior that seems deliberately mixed to complement the dusty palette of eastern Oregon’s Painted Hills.

“It’s a remote and rugged landscape with a beautiful sky, layered colors of striated mounds along the highways, and ancient fossil beds that may hold the largest fossilized seed record in the world,” Farrell says of the high desert terrain. Along with the region’s natural beauty, its gravel roads and low-traffic highways have long attracted bike riders from all over the world, in large part because the Trans-America Trail runs through the area. The trail also runs right past Spoke’n Hostel, operated by Farrell and his wife in the tiny town of Mitchell. The hostel’s simple, functional charm makes a convenient base camp for riders exploring the area. 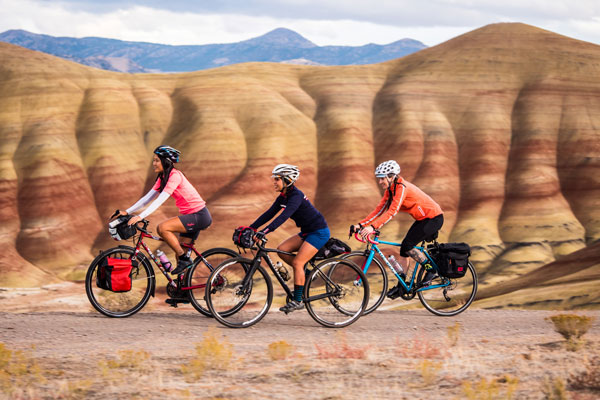 Farrell thinks Raymond could be the key to attracting more bicycle tourists, especially those closer to home. Last summer, a Portland-based riding group that set up base camp at Spoke-n Hostel told Farrell they’d love to explore riding beyond Portland’s immediate area more often. But, like a lot of people in Portland and a growing percentage of younger people, they don’t own personal vehicles. What seemed the most obvious and easiest solution—renting a car—they found cost prohibitive. Rental companies balk at potential damage that adding a roof rack for their bikes might cause. “I realized there was a gap and an opportunity,” Farrell says. “For urban bike commuters who have made the mental leap to where a car is not that big of a deal, a shuttle system could work.” This spring Farrell will outfit Raymond with an eight-slot roof rack and begin offering regular Portland-to-Painted Hills shuttle service. 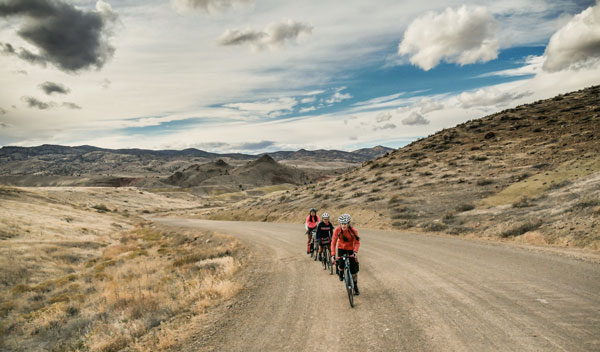 Scott Bricker, Destination Development Manager at Travel Oregon, reports growing demand for shuttle options, which may be signaling a shift in the market. “Oregon has traditionally been considered a ‘fly-drive’ market, which presumes that people will fly in and/or drive for the majority of their travel,” Bricker says. “However, we know that globally much of leisure and business travel is done via plane, train, bus, taxi, shuttle, etc., not simply by renting or traveling in a personal auto. In Oregon, we are interested in bolstering these travel modes to accommodate this global norm and demand.”

One option is the Central Oregon Breeze, a shuttle offering multiple trips per day year-round on a regular schedule, but with two catches that offset otherwise convenient service: Passengers must box or bag their bikes, and when cargo gets crowded, drivers have the discretion to refuse them. Joe Widner, Operations Officer, says the company hasn’t yet found bike rack equipment that can stand up to the Breeze’s daily trips across Oregon’s mountain passes in all weather conditions year round, and that while they are looking for a solution, they don’t anticipate being able to implement any changes in the immediate future. 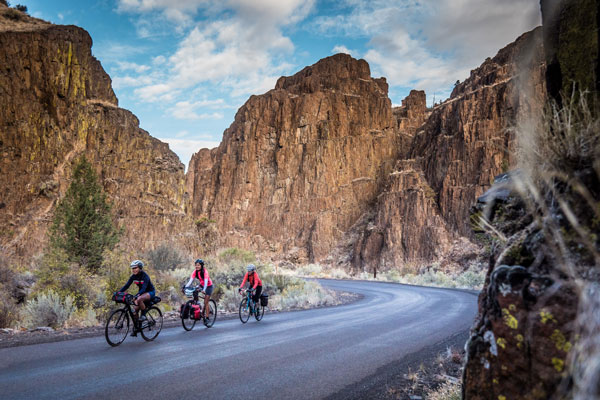 Farrell sees economic opportunities that offering more bike-compatible shuttle service would bring for other small towns that dot the region and its Painted Hills Scenic Bikeway. “The Oregon outback has all of the supporting mechanisms cyclists need — great routes, supplies, bike shops, and good hospitality,” Farrell says. “And once you are mentality setup for bike tourists you are now set up for hikers and climbers and rafters, and all that other stuff just falls naturally into place. So I feel really good about where we are.”