A hidden key to Copenhagen’s bike-friendliness: Its gorgeous apartment courtyards 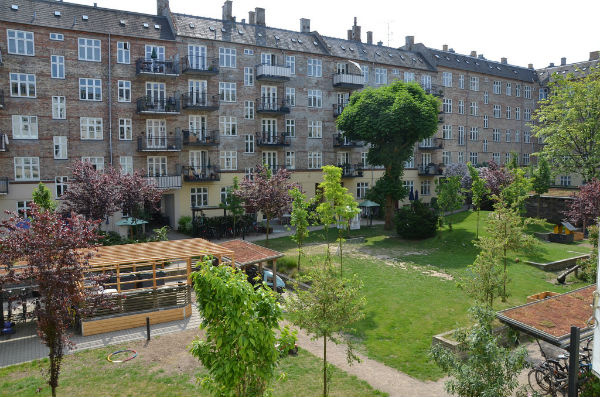 A huge part of what makes Copenhagen (and its suburb Frederiksberg, pictured above) work isn’t visible from the streets.

We’re reporting from Copenhagen this week — here’s why.

If you had to choose one way in which Copenhagen is different from comparably sized U.S. cities like Columbus or Austin, it wouldn’t be the streets, bike-friendly though they are.

It’d be the fact that almost all of Copenhagen is four to six stories high. 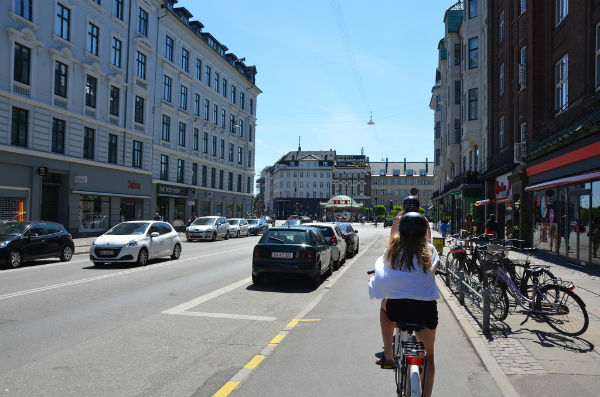 Acre after acre of these mid-rise apartments and co-ops mean that when they consider using bicycles, Copenhageners have a powerful asset that most Americans don’t: proximity. Because of the sheer number of people who live within a mile or two of any given storefront in Copenhagen, any business that opens has a substantial customer base within easy biking distance.

That means more businesses of great variety can turn a profit in the city’s neighborhood commercial districts. And that means that most Copenhageners have most of the businesses they need within easy biking distance. Proximity itself isn’t a guarantee of high biking rates — just ask Lisbon, London or Lima. But it’s a very useful ingredient. The major U.S. cities with the most bike transportation — Portland, Minneapolis, San Francisco — have central neighborhoods that are dense by U.S. standards, though far less dense than European cities like Copenhagen.

But if density makes bikeability possible, what makes density possible? Why are so many Copenhageners content to live in what most Americans would consider tiny homes?

Well, it helps that an apartment in Copenhagen is likely to come with a huge private backyard.

How can this be? The trick is that you’re sharing the same huge backyard with dozens of other apartments, too. 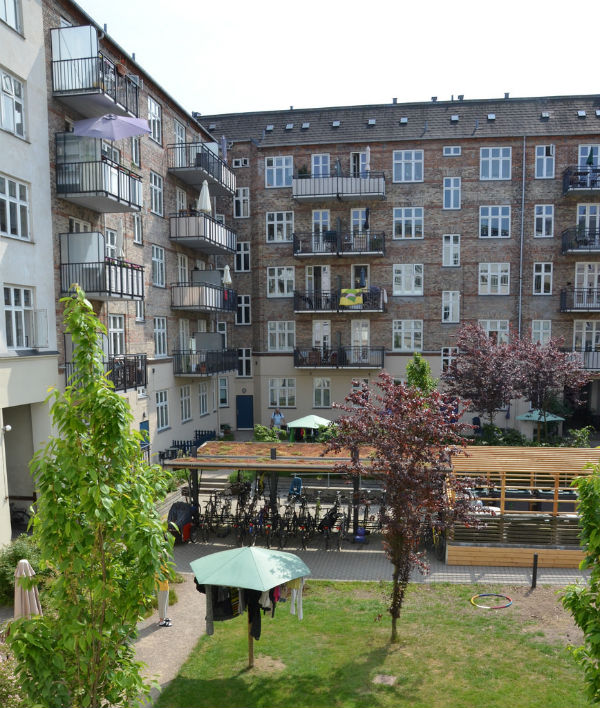 Meet the interior courtyard, common in the apartment blocks in Copenhagen and many cities of similar age. These courtyards bring light, air and green space to many thousands of apartments in a city whose streets sometimes seem gray and grim. 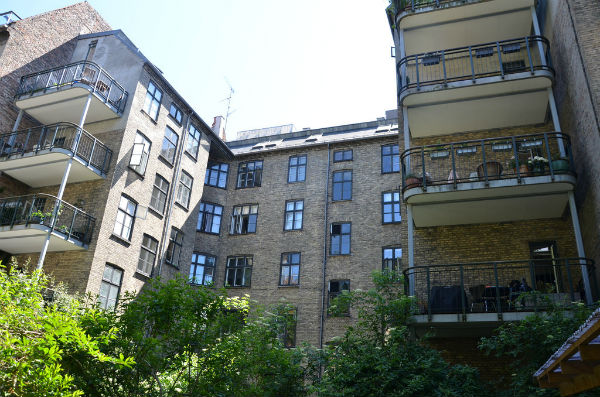 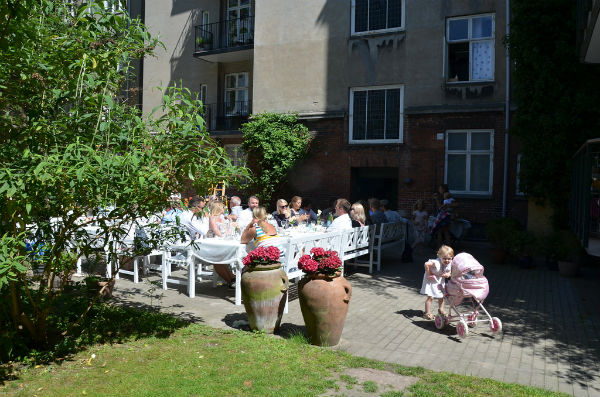 Or hang a rope swing: 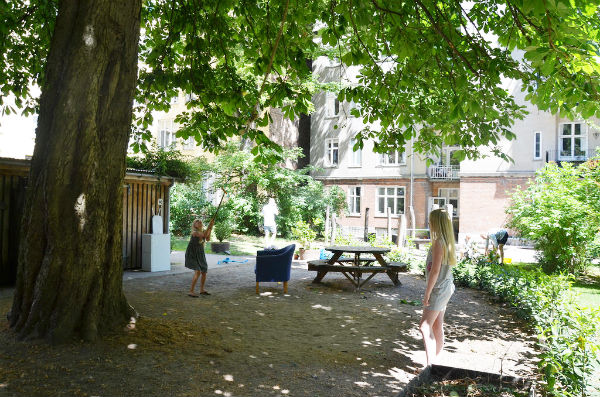 Or dry your laundry: 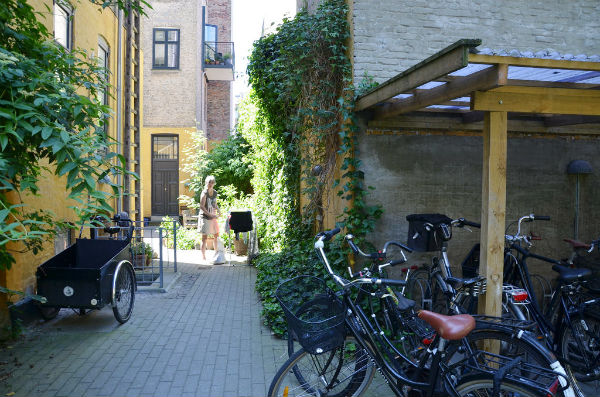 Or, of course, park the family vehicles: 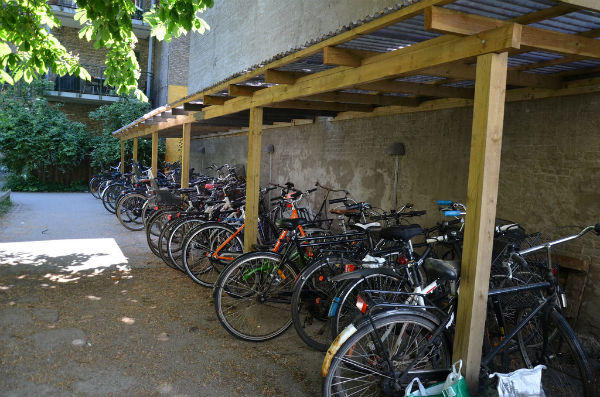 Some Americans have the idea that living in a dense neighborhood means giving up the chance to lie in the grass or sit beneath a tree. If that were always true, then urban density might well be as unpopular and unpleasant as its detractors fear.

Happily, urban density doesn’t require this sacrifice. That’s why Copenhagen, among other cities, has been able to make density work — and therefore to make biking viable for most of its residents.

Quality outdoor spaces like Copenhagen’s apartment courtyards aren’t just icing on the cake of a well-functioning city. They’re part of the recipe.