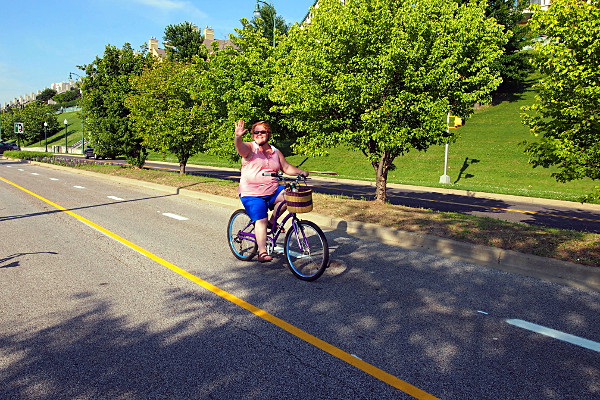 Once you start thinking about new ways to use your city’s streets, you start to see opportunities everywhere.

That’s exactly what’s happened last weekend in Memphis, Tennessee, where half of a separated four-lane highway was converted into a safe, direct and stress-free walking and biking route along one mile of the Mississippi River. As first reported here on the Green Lane Project blog in March, Bluff City engineer John Cameron decided this spring to follow the recommendation of urban planning consultant Jeff Speck and experiment with a permanent new car-free space between downtown and the planned Harahan Bridge connection to Arkansas.

“Nothing separates downtown Memphis from its riverfront as powerfully as the current pedestrian-unfriendly condition of Riverside Drive,” Speck wrote in his 2013 report on ways to reconnect the city with the riverfront that created it.

No more. Thanks to years of temporary closures during the annual Memphis in May festival, the city knew nearby streets could absorb the auto traffic without much trouble. And in return, for the price of some plastic bollards and new street coloring, Memphis has opened one of the best streets in the mid-South for biking, walking, skating and playing. 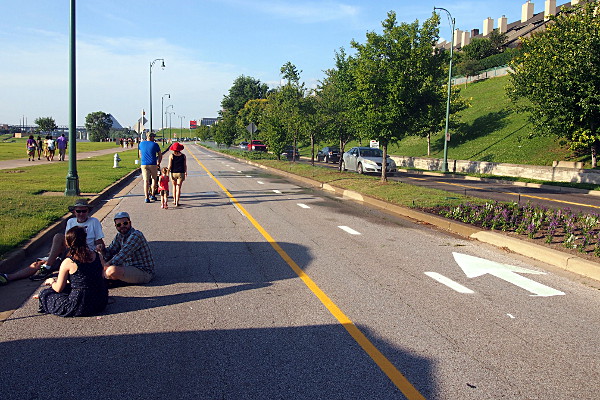 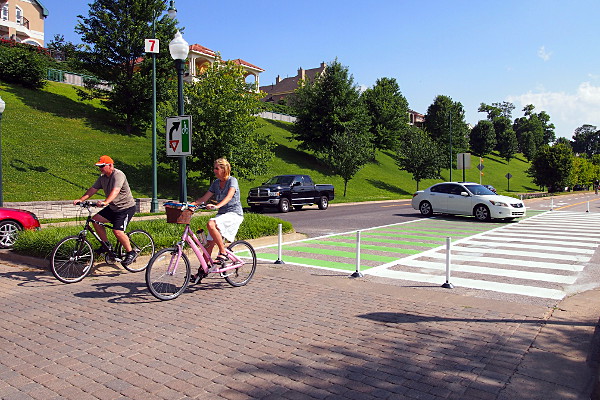 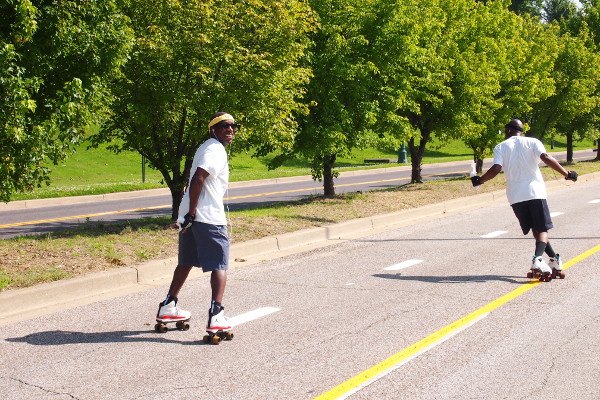 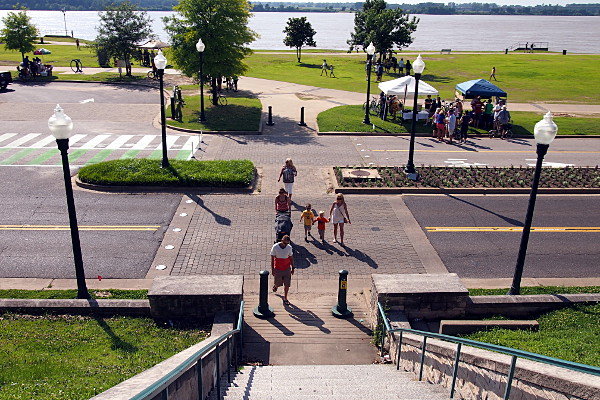 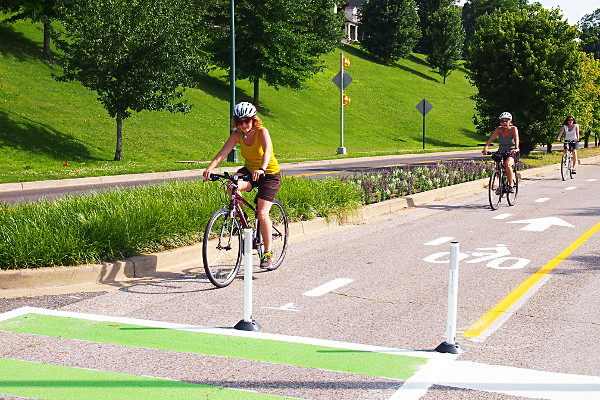 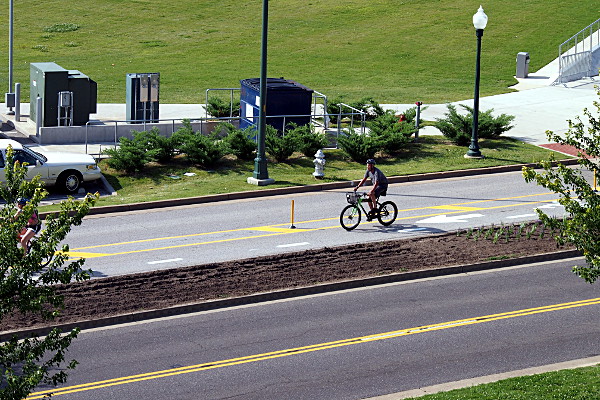 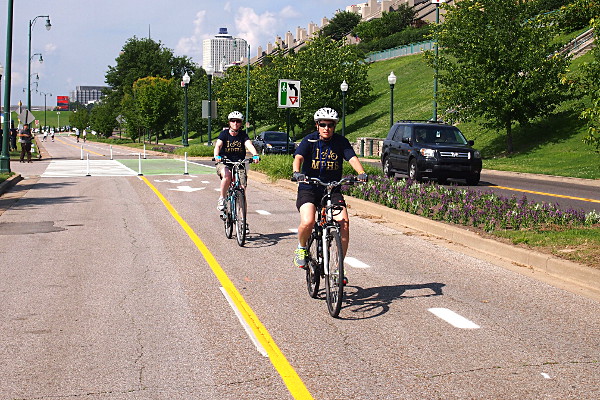 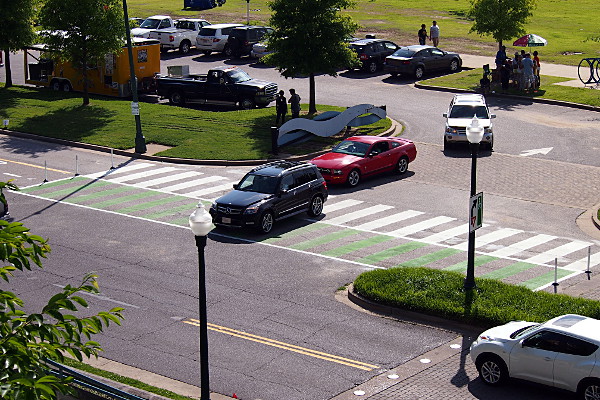 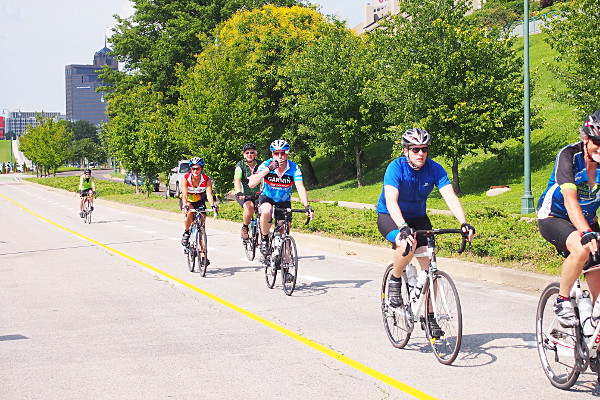 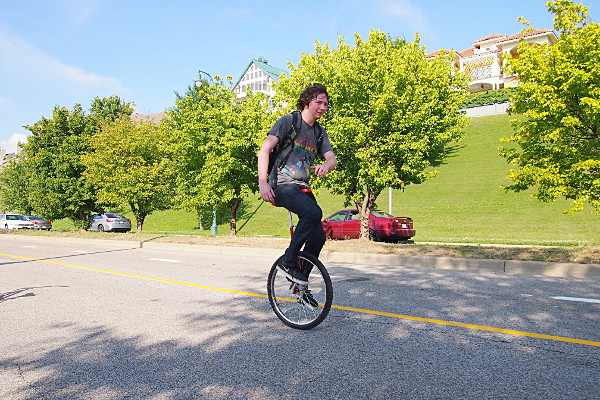 All photos courtesy City of Memphis. The Green Lane Project is a PeopleForBikes program that helps U.S. cities build better bike lanes to create low-stress streets. You can follow us on Twitter or Facebook or sign up for our weekly news digest about protected bike lanes. Story tip? Write [email protected]