If you?re reading this, there’s a pretty good chance you like bikes. While our memories may be filled with two-wheeled trips through our neighborhood, freewheeling commutes to work, and glorious rides to nowhere, there’s an undeniable truth not conveyed by those experiences:

Riding bikes isn’t for everyone.

Some folks are hindered by physical limitations, others face practical obstacles, and sometimes the choice to not ride is one of habit. All of those reasons aside, there’s one more reason some people may not ride: they just don’t want to.

1. Bicycling infrastructure creates more room on the road for your car. 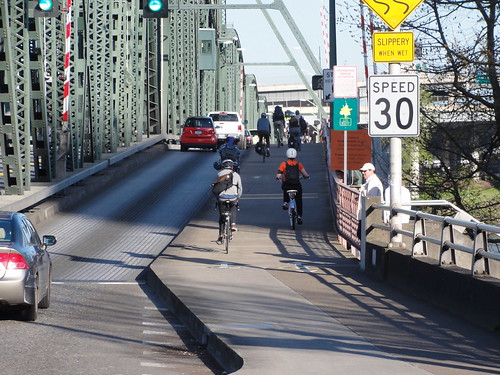 In bike friendly towns like Boulder, CO, Davis, CA, and Palo Alto, CA, between 10 and 15 percent of residents commute by bicycle. If all (or most) of them drove, traffic would be much worse. The absence of thousands of additional cars on the road is music to everyone’s ears, no matter how they get around. Even just a small decrease in motor vehicle traffic can have a big impact on road congestion, as the U.S. saw in 2008 when traffic dropped a whopping 30% after driving dropped only 3%.

Building bike lanes, paths, and facilities like underpasses creates construction jobs?up to twice that of regular road construction. The employment and business gains are also reaped by urban planners, traffic engineers, accountants, retail shops, manufacturers and many other industries. The U.S. bicycle industry is estimated to support 772,146 jobs, according to a 2012 study by the Outdoor Industry Association.

3. Well-designed bicycling routes make the road safer for everyone. 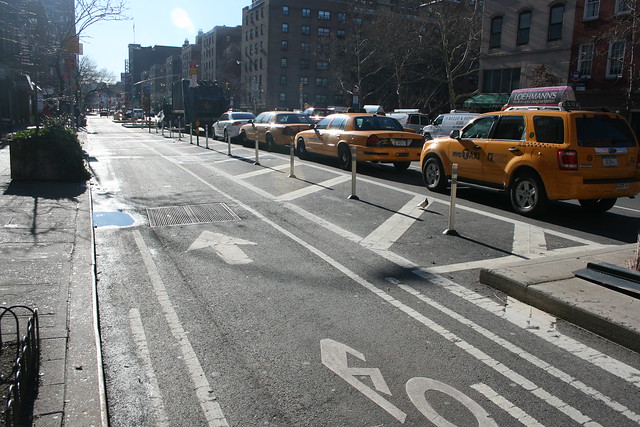 When New York City added protected bike lanes to 9th Avenue in Manhattan (above), they expected the lanes to make bike riders safer. Instead, what they found was that the lanes made everyone safer, reducing traffic-related crash injuries to all users by 56 percent. With similar findings coming in from other locations, there’s no longer a question about whether bicycling infrastructure benefits all road users? safety. It does. 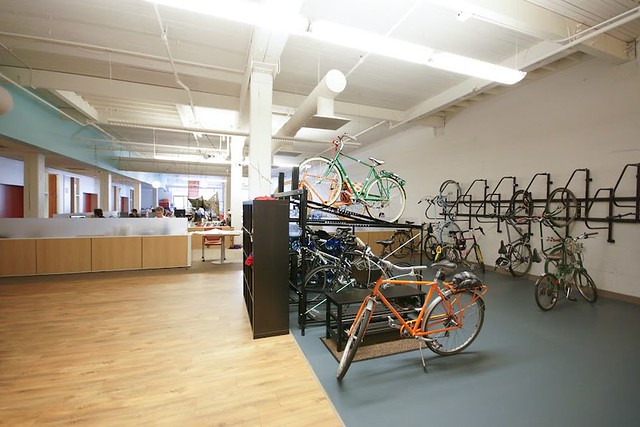 Being active improves everything from our ability to concentrate and be productive to warding off depression and anxiety. Bicycling offers easy ways to incorporate activity into daily life, resulting in lower public health costs, more productive businesses and increased quality of life. Cubicle-bound adults aren’t the only ones who benefit: a Danish study found biking to school increases kids’ abilities to concentrate in the classroom.

Where lots of people bike, cities and towns save money on road repairs and parking construction. Bike infrastructure is generally inexpensive and quick to build. In many places, it becomes the fastest way to get from point A to point B. Cheap and fast: that’s a winning equation for everyone.