What bike-encouragement events work? Help us find the best 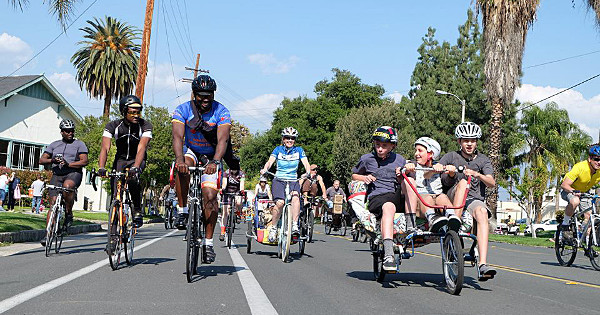 Most people who have ever started biking for any reason know what a difference it makes to ride with somebody else. Or, sometimes, with lots of somebodys.

From the self-organizing PedalPalooza festival in Portland to 100,000 Atlantans at Open Streets Alive to every time a mom or dad hits the trail with their kid, fun and community are essential parts of biking. PeopleForBikes is teaming up with Noah Budnick, a seasoned biking advocate in New York and San Francisco, to create an “idea book” for advocacy groups, riding clubs, government agencies and anyone else who might want to get people rolling.

We want to get things started by asking around. What’s one bike-encouragement event that you’ve seen that went well, and how did it go down?

We’d be grateful if you could take the time to complete this short survey. Our favorite examples from around the country will be featured in the upcoming idea book.