The Gorilla in the Room 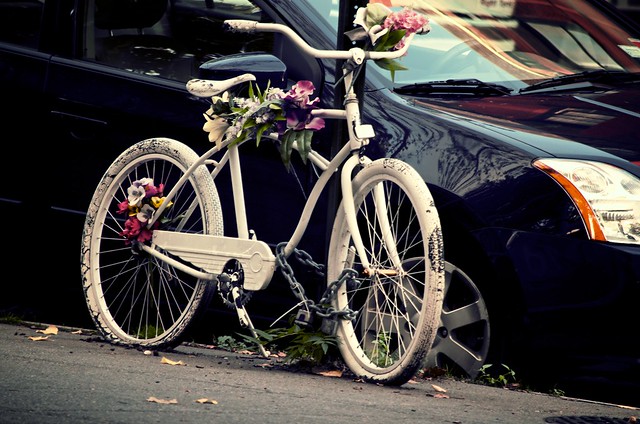 In the pre-digital age, I would have been described as a broken record. That’s because every day, at least a half dozen times, I repeat the phrase, ?When people ride bikes, great things happen.? I say it in media interviews, sponsor pitches, and in pep talks during staff meetings here at PeopleForBikes headquarters.

This simple sentence neatly summarizes all the health, air quality, road congestion, business, and money-saving benefits of riding bikes. It helps explain why our organization exists. It’s a pure reflection of the smile in our red, white and blue logo.

But the truth is, not all outcomes of bicycling are positive. Far too many bike riders get injured (or worse) worldwide. Just this morning, we received gut-wrenching news from Belgium that professional cyclocross racer Amy Dombroski had been killed in a collision with a truck. Amy was a nationally respected and revered member of the competitive cycling community, and her death hits particularly close to home for us, as we would often see her smiling face while riding our local bike paths. 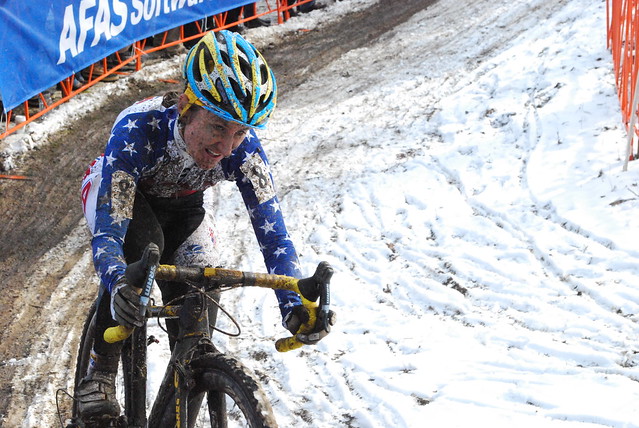 Professional cyclocross racer Amy Dombroski’s recent death is tragic news, as are the fatalities of the 600+ Americans killed every year in bike accidents.

The problem is particularly glaring here in the United States, where bike injury and fatality rates are roughly 20 times those of the cycling-friendly countries of western Europe. In 2011, 672 Americans died in bicycle accidents?most of them in collisions with motor vehicles. Yes, this number is less than one ten-thousandth of one percent of the number of U.S. bike rides this year (more than four billion in sum). But I think we can all agree that not even one bicycling fatality is acceptable.

Despite all of its wonders, bicycling in America has a serious problem: safety. We don’t like to talk about it, and we struggle to improve it.

Our counterparts in the Netherlands and Denmark?arguably the two best bicycling nations in the world?advise us to work on making bicycling safer, but not talk about it publicly.

Talking directly and explicitly about safety, they say, is problematic because it reminds people that bicycling can be dangerous and it actually discourages some from riding. And where fewer people ride, motorists don’t expect to encounter people on bikes. The result is more dangerous riding conditions. It’s a vicious circle. 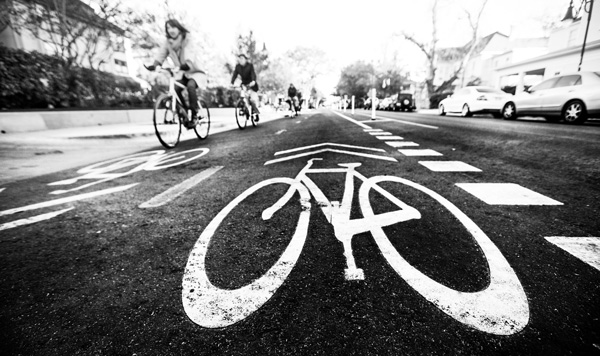 At PeopleForBikes, we?ve been working on bike safety since we launched 14 years ago. The process is daunting, solutions are elusive, and progress is very slow.

From our beginning, we?ve focused on improving infrastructure. We?ve invested close to $10 million in grants, lobbying, and support of national organizations and events that help build and improve better bike lanes, paths, trails, and parks. We pay close attention to creating seamless networks that are easy to follow from where you live and work to where you want to go. We have played a central role in increasing the federal investment in bike facilities, which totals $9 billion for 27,000 projects in the last 20 years.

Our outlook on infrastructure is a key reason we?ve prioritized our Green Lane Project for the last two years (and we will continue to do so in 2014 and 2015). It’s an effort to build and promote better bike lanes in cities. It emphasizes lanes that are separated and protected from motor vehicle traffic. While the number of these lanes has doubled nationwide in each of the last two years, there aren’t enough of them?yet.

For National Bike Month 2013, we produced a video called ?Standoff.? Our goal was to spin the stereotypical story of anger and confrontation between drivers and riders to get everyone to recognize that we all share responsibilities on the road. We preached (badly needed) mutual respect and civility, and tried to do it with a touch of humor.

During the last seven years, we?ve invested more than $1 million in the Safe Routes to School National Partnership. The improvements to safety that have been engineered by this very capable organization aren’t limited to school hours: they benefit everyone on bike and foot, all day, every day.

No matter what we (and our partners) do, the simple fact is that bike riding remains dangerous in too many places. Many factors seem nearly beyond our control. 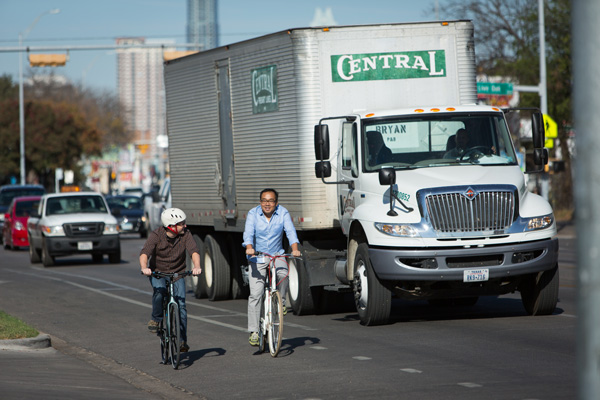 The Need for Solutions and Personal Responsibility

Lots of programs and informal efforts focus on cycling safety and cooperation on the road. The Ride of Silence works to build shared respect among motorists and bike riders by honoring the fallen with slow-paced, silent bike rides. White ghost bikes are often posted at locations of fatal bike accidents. Every time I see a ghost bike, it pierces my soul and gets me thinking about making bicycling safer.

The League of American Bicyclists directs an evolving Ride Smart program that trains and certifies riding instructors and provides advice on safe riding.

No doubt: more needs to be done. Just about all of us know someone who has been seriously injured or killed in a cycling collision. What more can we do about it?

Beyond the work we do here at PeopleForBikes, I believe it starts with personal responsibility. I go out of my way to ride predictably, stop at lights and stop signs, and let drivers turn right on red ahead of me when I?m going straight.  I work with drivers to earn their respect and compassion and I hope the positive feelings carry over to all of their interactions on the road. This may sound corny and idealistic to some. I don’t care.

When people ride bikes, great things happen. This is the overriding truth. At the same time, we?ve got so much more work to do to tame the gorilla in the room: safety.

PeopleForBikes is open to your ideas. Post them here. Thanks.