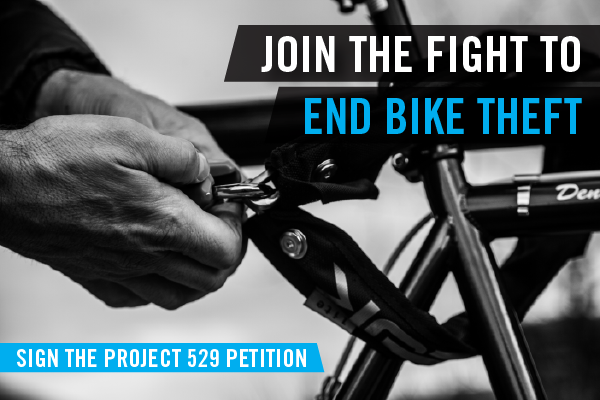 As the popularity of bicycling in the US continues to grow, unfortunately so does the problem of bike theft.

To help combat this crime, tech startup Project 529 launched a petition requesting eBay and Craigslist to require serial numbers on all bike sales. 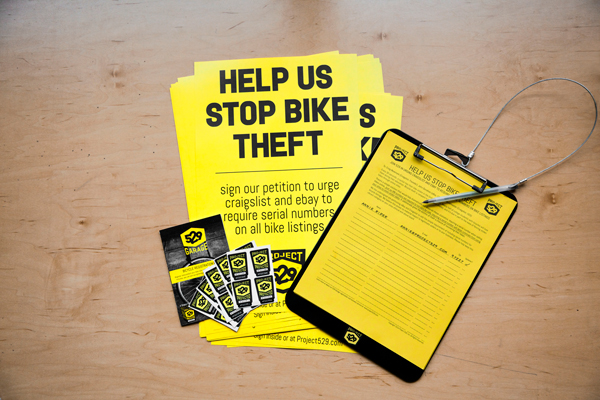 While listing serial numbers won’t prevent criminals from selling stolen bikes, it would put a speed bump in their path by throttling these large scale channels. Also, having serial numbers listed for online bike sales means victims will be able to search those sites for their stolen property.

?A bike is stolen every 30 seconds, on average,? said 529 Project Founder J Allard. ?What’s really crazy is people expect their bikes to be stolen, and that’s not acceptable. We’re determined to put such a dent in the stolen bike business that criminals will find it too difficult to sell their stolen goods, and basically quit stealing bikes.?