Two recent examples of products aimed at kids are sending the message that bike riding is a dangerous and even deadly activity. 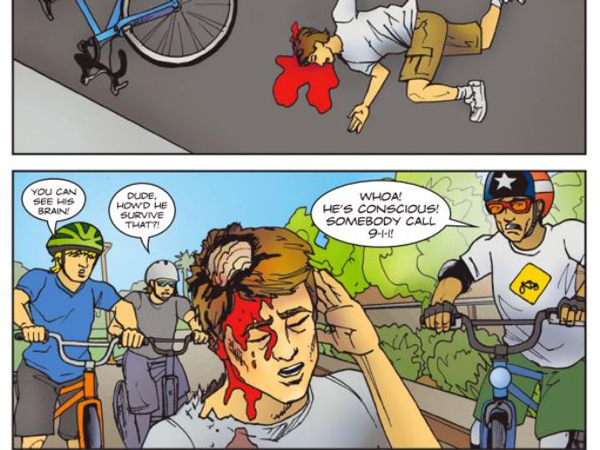 The first is a series of comics produced by the Phoenix Street Transportation Department. The images graphically depict bike accidents with kids’ brains exposed and blood gushing down their faces.

The second is a Playmobil toy ambulance that includes a crashed bike rider and stretcher to get him on board. Is this the message we really want to be sending kids during National Bike Month? Or ever? 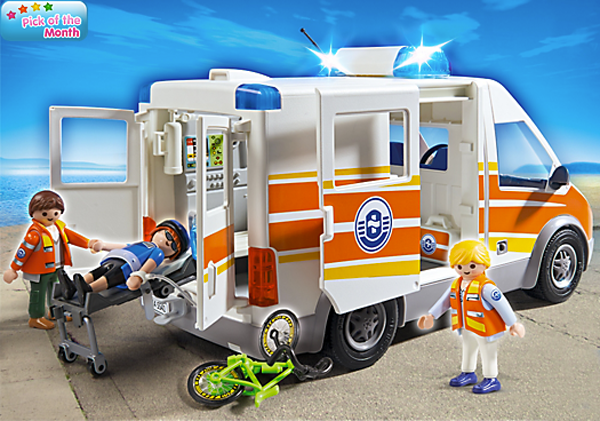 Crashes happen, but youth bike safety is actually getting better. In August of 2015, the Centers for Disease Control and Prevention shared the news that youth biking fatalities have plummeted 90 percent since 1977–even though, as we explained at the time, the number of bike trips by kids hasn’t gone down.

There are ways to promote bike safety to kids that don’t scare them. Kids should be riding bikes, parents should be teaching them how to safely navigate their neighborhoods, and cities should be building places for bikes that make riding accessible for people of all ages.

It’s unlikely that a city would create a graphic comic about car crashes, or that Playmobil would sell an airplane crash toy. It should be equally unacceptable to portray bike riding as exclusively dangerous.

The Playmobil set is labeled as the company’s “Pick of the Month,” which actually seems to mean that they had to put it on discount. Turns out that when they sit down to have fun, kids aren’t interested in fantasizing about cities filled with injuries and danger.

Neither are we. Kids are smart. Hopefully their parents can follow their lead.