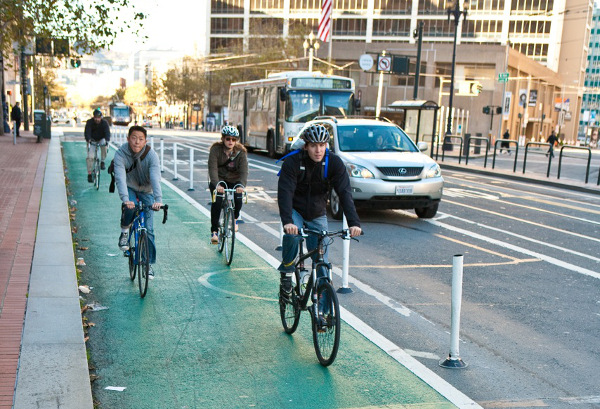 Third in a series about opinions held by the “swing voters” of bicycling.

On the narrow streets of Portland and San Francisco, that zero-sum thinking is a prescription for paralysis.

But what if most voters in those cities don’t experience streets as turf to be fought over? What if they see them, instead, as a part of city life that good design can improve for everyone?

What if even people in those cities who rarely bike perceive images of protected bike lanes to be desirable?

They do, a new survey suggests. Overwhelmingly.

A scientific online poll of Portlanders and San Franciscans who own bikes but don’t ride frequently — in other words, about half the voting population — asked respondents to rate the following photos on a scale of 1 to 4 based on how each “impacts your feelings.” 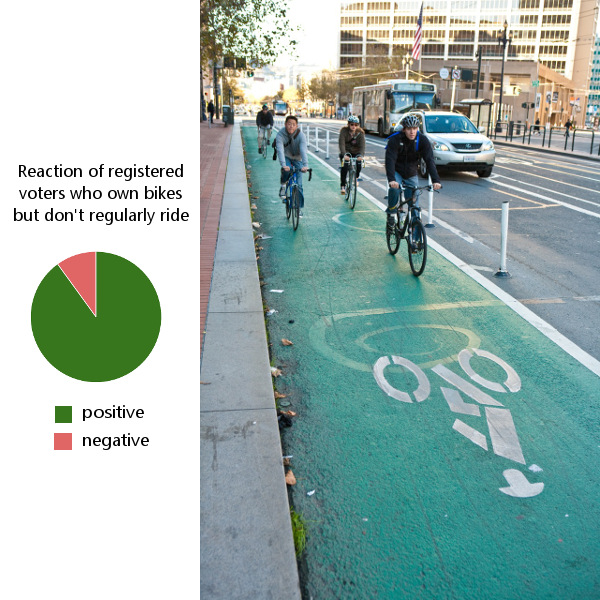 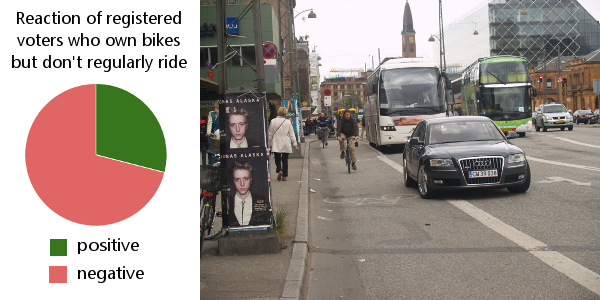 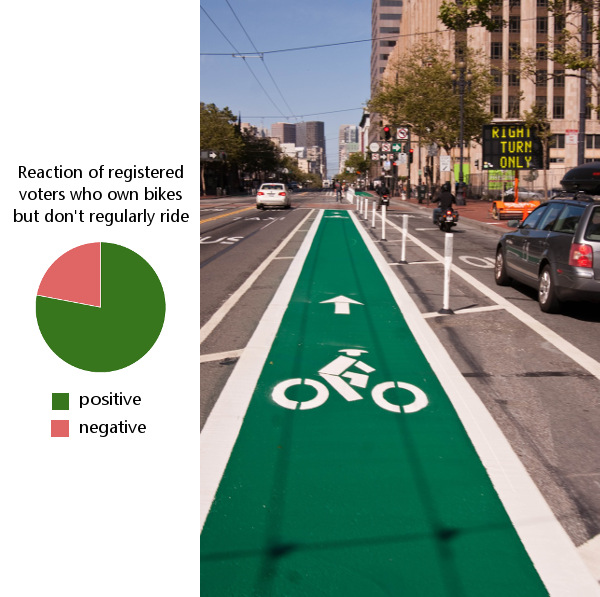 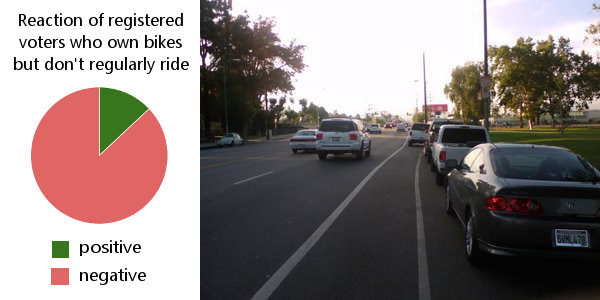 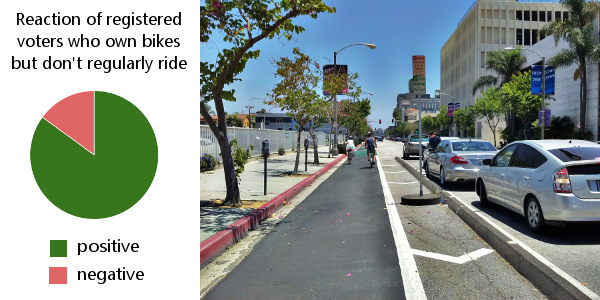 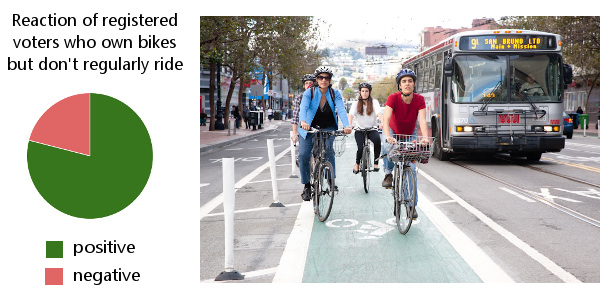 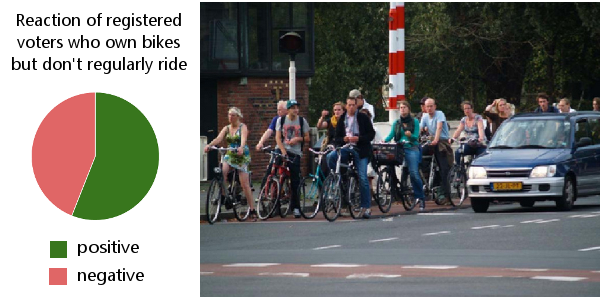 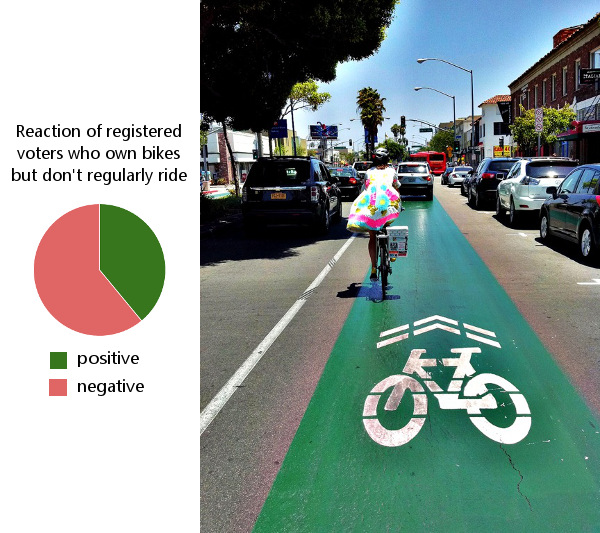 There’s a common thread to the popular photos, said Mary Lauran Hall, communications manager for the Alliance for Biking and Walking: order.

“The images that are most appealing are the ones where everybody seems to be in the right place,” she said. “There’s a very clear delineation — this is where the bikes belong, and this is where the cars belong.”

Doug Gordon, a filmmaker who writes the website Brooklyn Spoke about “relaxed bicycling,” said that clarity of design, as marked by colored paint and physical separation, is the key to making biking popular.

“Those designs don’t take very long to process,” he said. “It’s, ‘Oh, I go here.’ You don’t even have to think about it. — You don’t have those few seconds when you’re rolling down the street on your bike making decisions. You just want those choices to be made very very clear for you.”

Kristen Smith of the San Francisco Bicycle Coalition, who in June watched a series of associated focus groups work their way through the same photos, called the consensus over which photos were best “overwhelming.”

“This was across the board,” she said. “Whether your biked or didn’t bike, you got it.”

“People are really afraid of entering the space of the other, especially entering a bike space,” Smith added. “People really responded to having clear separation and not being afraid of hurting someone or being hurt. — When you see that paint, it makes it clearer for everybody. There’s no more confusion.”

Lynnette Xanders, the market researcher who led the survey and focus groups, said it was obvious that even people who never ride “weren’t angry at the idea” of high-quality bike lanes.

Martha Roskowski, director of the Green Lane Project, warned that this study is limited in scope and that people’s reactions may be shaded by the quality of the photos as well as of the bike facilities pictured. But she said the overwhelmingly positive feelings for images of protected bike lanes suggest that street designers are offering “a great product” to the public.

“When people see it, they love it,” Roskowski said. “Next, we need more people to know about the product.”

One of the obstacles: the product — the physically separated bike lane — needs a name. And there are varying opinions on what exactly it should be.

In Monday’s post, we’ll discuss a finding from the survey that may help answer this question.