One of the most important parts of bike infrastructure is invisible 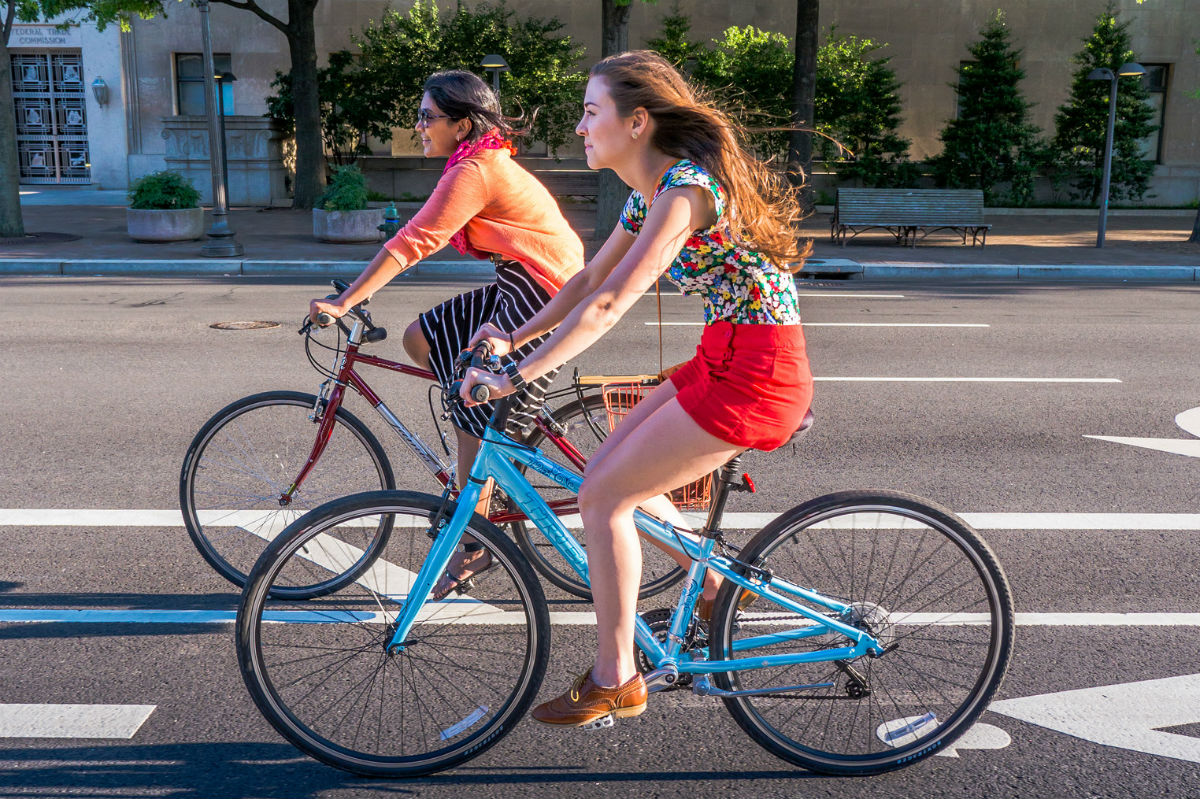 How stressful is this street to bike on? You can’t tell from a photo. Image: Stewart Eastep.

Since its founding 50 years ago, the top U.S. agency for investigating transportation injuries had been suprisingly quiet about a phenomenon that’s behind 30 percent of U.S. traffic fatalities.

Like much of the country’s transportation safety establishment, the National Transportation Safety Board had frequently avoided the subject of the speed of private cars. It did so even though the issue has been coming up since the very first collision the agency investigated, in Joliet, Illinois, in 1967.

Avoided the subject until this month, that is.

In a groundbreaking report released last week, the federal agency laid the foundations for a major rethinking of transportation safety practices. The big idea in short, as Kathleen Ferrier puts it: “speed kills.”

“It’s the first time that we’ve seen national leadership on speed, and it’s coming from an authoritative voice,” said Ferrier, policy and communications manager for the Vision Zero Network, a campaign to eliminate fatalities and serious injuries. “The relationship between crashes and fatalities is complex, but the relationship between speed and crashes is very clear. Speed makes crashes more likely and the severity of injury more deadly.”

Though people walking and biking have the most to lose in any conversation about safety, many advocates of low-car transportation also overlook the importance of traffic speed.

“I’ve been a bike/ped advocate for years and we’ve talked more about safe design than about speed,” Ferrier said.

Bike lanes like this one might be quite comfortable on a low-speed street. In this case, not so much.

Most of the NTSB report combines recent data and long-term trends to show how many fatal collisions are caused by excessive auto speed. Speed-related death, for example, is “comparable to that attributed to alcohol-impaired driving.”

And yet it’s sometimes implied that auto speed is unchangeable behavior — for example, in parts of a separate bike safety report published today by the Governor’s Highway Safety Association. That report dedicates an entire section to alcohol as a factor in bike-related fatalities but doesn’t even mention auto speed in that context. (To its credit, the GHSA report goes on to discuss and recommend many policies to reduce auto speeds anyway.)

Even biking advocates can be guilty of overlooking speed as a factor in bike infrastructure. Slower-moving cars don’t photograph as nicely as a green-painted protected bike lane, but they’re just as important to whether most people feel comfortable biking on a road — even when a new bike lane isn’t in the works.

“In my experience, speed is seldom discussed until a new bike or pedestrian facility is proposed,” said Jennifer Ruley, a senior project manager for the New Orleans transportation department who works on bicycle projects, reflecting on conversations among people who care about bicycling. “That’s just crazy.”

In the new PlacesForBikes Bike Network Analysis of various U.S. cities, we always look at two factors when calculating the “stress level” of biking on a given street: the roadway design (auto lane count, bike lane width, separation type, and the presence of parking) and the posted speed limit.

That’s based on work by Northeastern University’s Peter Furth, who concluded that auto speeds interact with bikeway design to greatly affect people’s willingness to bike on a street.

What cities, states and advocates could do to help

What can biking believers inside and outside of government do to reduce dangerously fast driving?

One way might be to pay at least as much attention to too-wide auto lanes, which increase people’s “natural” driving speed, as to too-narrow bike lanes.

Another might be to support four-lanes-to-three road redesigns even when the changes don’t include bike lanes, because those designs prevent bad drivers from weaving between lanes in order to get to the next red light more quickly.

On heavily signalized streets, cities could create green waves that give continuous green lights at 20 mph or 12 mph, making it pointless to drive at a lethal speed.

And as the NTSB report recommends, states could give cities the right to use safety cameras — already in wide use on the dramatically safer streets of Europe — to automatically issue fines to scafflaws who ignore speeding laws.

The NTSB report also questions the longstanding “rule of thumb” that speed limits should be set based on the natural speed at which 85 percent of people drive. The NTSB recommends also considering other factors, including recent collision and fatality rates.

“They’re basically saying it’s time to reevaluate these outdated practices that have been rules of thumb since the 1950s,” said Ferrier. “But they haven’t been reevaluated, and they’re leading to death on our streets.”