Images from MassDOT Separated Bike Lane Planning and Design Guide and from this slideshow.

Bikeway design in this country keeps rocketing forward. The design guide that Massachusetts is planning to unveil in November shows it. (Update: it’s now available here.)

The new guide, ordered up by MassDOT and prepared by Toole Design Group, will offer the most detailed engineering-level guidance yet published in the United States for how to build safe, comfortable protected bike lanes and intersections.

“It’ll be a good resource for all 50 states,” said Bill Schultheiss, a Toole staffer who worked on the project. “I think it’ll put some pressure on other states to step up.”

There are lots of details for design pros and biking believers to get excited about in the new design guide, which is scheduled for release at MassDOT’s Moving Together conference on Nov. 4. But maybe the most important is a set of detailed recomendations for protected intersections, the fast-spreading design, based on Dutch streets, that can improve intersection safety for conventional and protected bike lanes alike.

The draft images below come from earlier in the process of creating the guide, and were shared this spring at a different conference. They give an idea of what the final guide will offer. 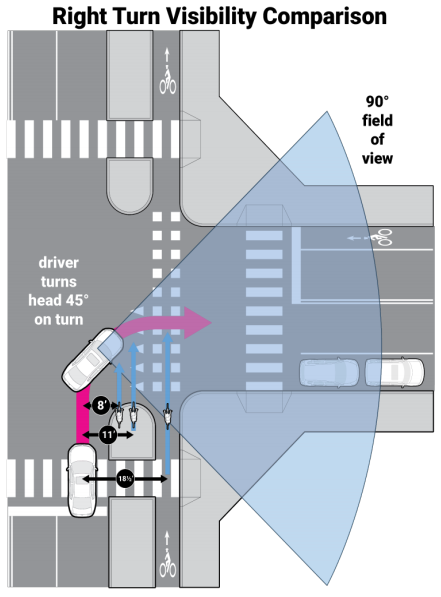 In the world as presented by MassDOT’s new manual, in fact, we wouldn’t even need to use the phrase “protected intersection.”

The design would just be called an “intersection.”

Small corner refuge islands could be built into many corners to help arrange traffic so that bikes are more likely to be in front of the windshields of turning cars, rather than to cars’ right. 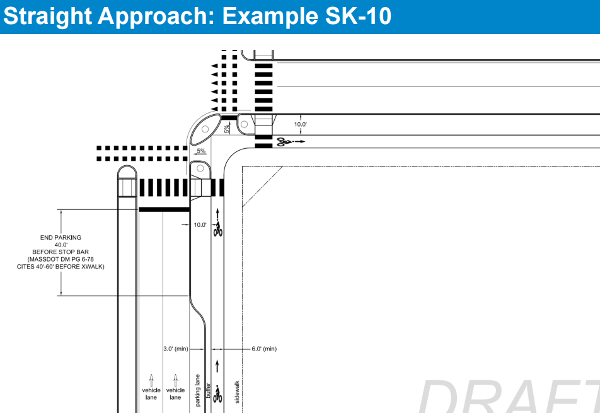 It also offers ideas for how to make the designs work with a conventional bike lane.

The design guide will also offer a cheat-sheet of possible signal phasing options at protected intersections: 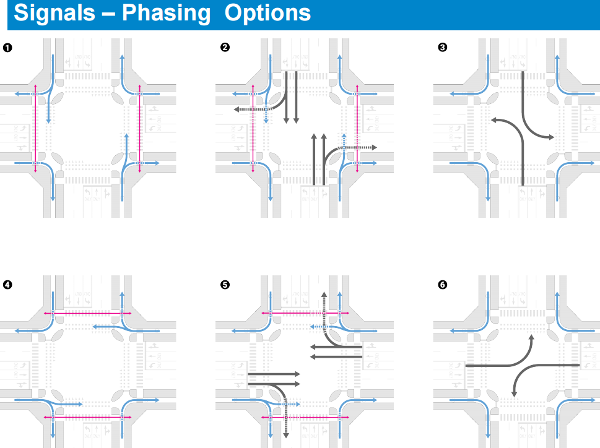 Plus suggestions for the best way to handle driveways next to bike lanes:

There’s also good advice for where to remove parking for a parking-protected bike lane: 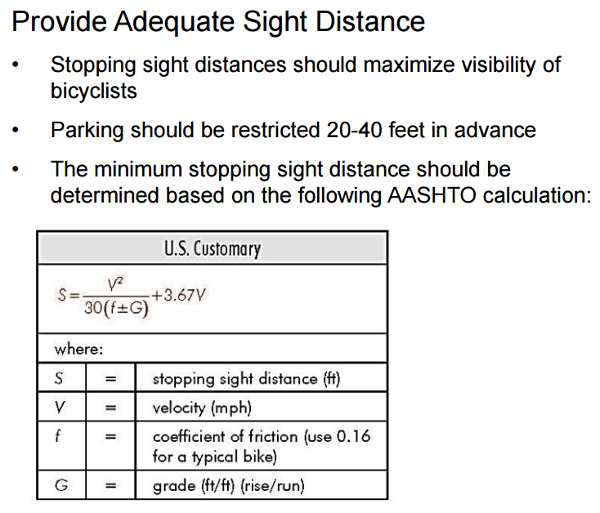 As well as a pair of useful tables to answer the age-old question about bike lanes: how wide is wide enough? 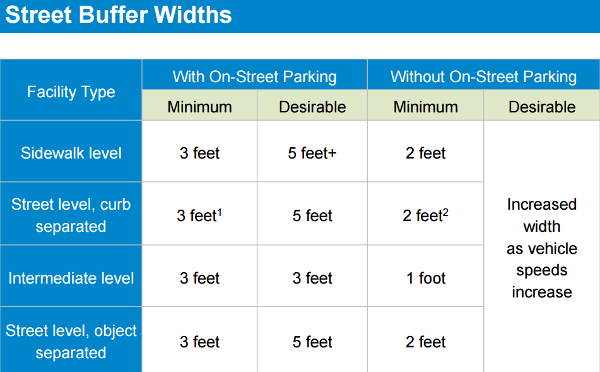 If you’re in New England next Thursday, two people behind this guide (MassDOT’s Lou Rabito and Toole’s Nick Jackson) will offer a presentation about it at the New England Bike-Walk Summit.

This guide seems likely to become a valuable resource for city leaders and street designers who want to make biking more mainstream, both inside and outside Massachusetts. The fact that it’s coming from a state department of transportation shows the huge potential those agencies have to help build modern, cost-effective, space-efficient transportation systems in our cities.

The United States has waited for years for this sort of basic knowhow to arrive. Thanks to pioneering cities and states, it’s here. All cities have to do now is decide to use it.