The trend of riding a bike with no hands is confusing. A quick Google search for “riding with no hands” provided me with pages and pages of tips and tricks for how to accomplish this feat. People seem dedicated to mastering the skill, but no one can tell me why. Even the best hands-free riders have to know that there is risk involved; hit a small bump or a rock you didn’t see and your bike can take an unexpected turn (and you with it). So, with the dangers clear and present, why are bike riders so compelled to let go and ride with no hands? After years of riding alongside these people, I think I’ve honed in on the reasons for this risky behavior. 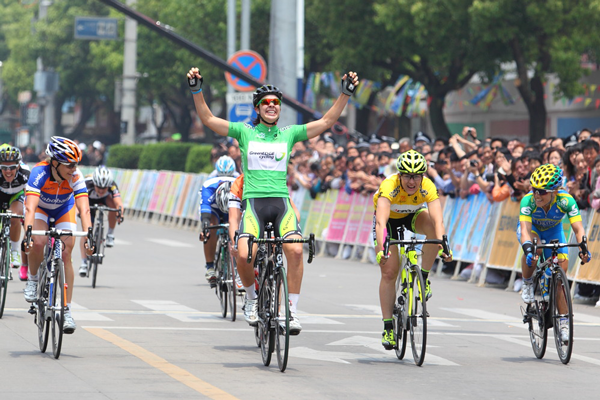 One of the few valid excuses to ride with no hands is doing it to celebrate winning a race. There’s just something special about a racer crossing the line, hands-free, surrounded by cheering fans. So, I’ve decided that two things are possible: either all the racers I see riding with no hands are practicing for an upcoming event, or more likely, everyone I see is just fantasizing. While still dangerous, I must admit that it seems reasonable to ride with no hands at the end of a long ride while fantasizing that you’re crossing the finish line at the Tour de France. How do you say “no hands” in French? 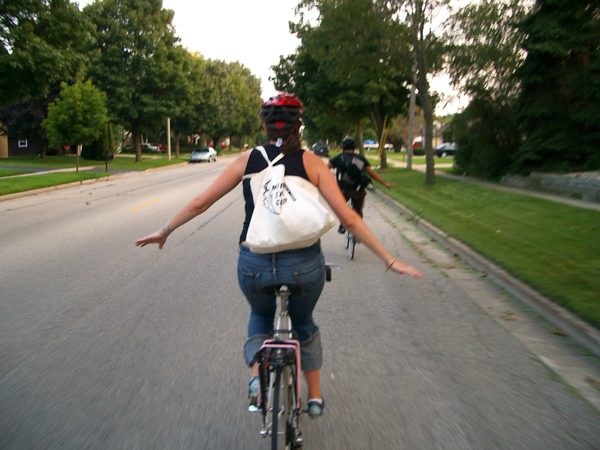 I often see people riding with no hands in the winter, and I think I know why. They’re a part of the ever-growing anti-glove movement. Gloves limit dexterity, they often clash with your outfit, and they ruin things like clapping and high-fiving. The glove people want you to think that they’re a must-have item in cold weather, but riding with no hands is one way to outsmart them. If you can rub your hands together, or put them in your pockets to stay warm, then you can kiss your glove-dependency goodbye. Take that, all-powerful glove lobby. 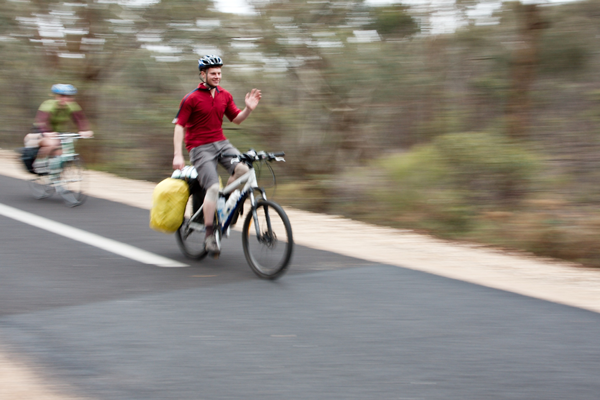 Many a distance rider has told me that riding with no hands is necessary so you can reach for things that may be stashed in the back pockets of your jersey. A protein bar, some gel, or an extra water bottle, for example. Similarly, if you can go hands free you can peel off, or add, a layer, if the weather changes. My theory? Why reach for your own stuff when you can reach for other peoples? After all, you do need a new CO2 pump and there’s a guy on your regular group ride with a pretty sweet one.

I’m not a personal trainer, so don’t quote me on this, but isn’t riding with no hands the equivalent of a core workout? It’s your abs that are keeping you and your bike upright when you’re riding hands free, which means that it’s not risky behavior, but actually good for you, to master this skill. And why stop there? Bring some dumbbells or a resistance band and work those upper arms. Then, when you’re finished, have a good stretch, all while you pedal along and work your legs. Just think of the money you’ll save on that gym membership you no longer need!

I don’t mean this figuratively. I mean you are literally a clown, and part of your act is riding a bike while doing other things simultaneously. Making balloon animals, juggling, pulling handkerchiefs or fake flowers out of your shirtsleeves, or making rabbits disappear. These are all valid reasons to perfect the skill of riding with no hands. The clown job market seems pretty competitive, so anything you can do to edge out the competition seems well worth the risk.

Let’s be honest. While there are a few practical reasons to master the skills of riding with no hands, most of the people doing it on a regular basis are doing it because they think it looks cool. Obviously there are times when your hands and wrists need a break, or when you do need to reach for a snack without being dropped. My guess though is that many people see riding with no hands as a rite of passage, and once they’ve learned, they want to show other people. I personally find it terrifying, but I guess as long as your lack of a grip isn’t putting anyone else at risk, every once in a while it’s alright to just let go.