How does a movement know it’s winning? When it shows up in a Lego design book 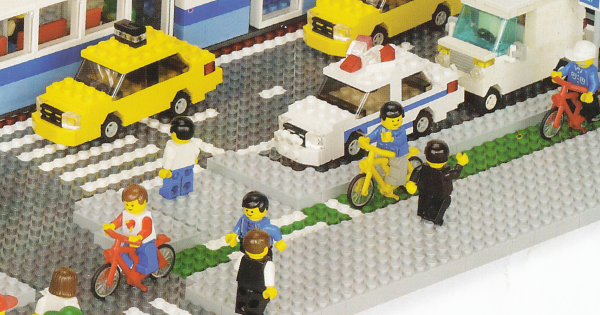 “Let me publish the textbooks of a nation and I care not who writes its songs or makes its laws,” the 19th century publisher D.C. Heath supposedly said.

The movement to spread protected bike lanes in the United States has done Heath one better.

Kenney has created several volumes of clever Lego design concepts. This one is, in the form of a 32-page idea book published in 2011, a paean to urban life … complete with kids in cargo bikes:

Kenney, who lives and works in New York City, devotes one two-page spread to a parable about something many American adults struggle to understand, even though it’s true: the best way to cut traffic congestion is often to reduce the number of travel lanes available to cars. 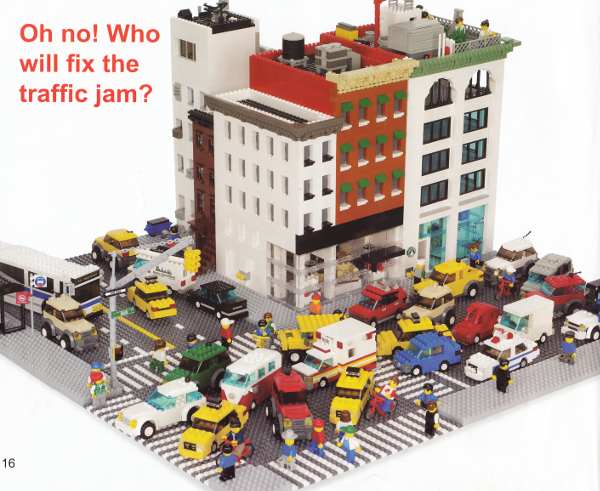 In addition to the protected bike lane and streetcar, notice the dedicated left-turn lane, pedestrian bumpouts and median refuge island. The only thing missing (as you can see from the potential cab-bike turning conflict) is a protected intersection.

The book also includes instructions or demos for building a three-level underground subway station, a food cart, a bike parking staple, a traffic signal and a huge replica of the Chrysler Building. The last page includes one more protected bike lane and an appeal to the reader: 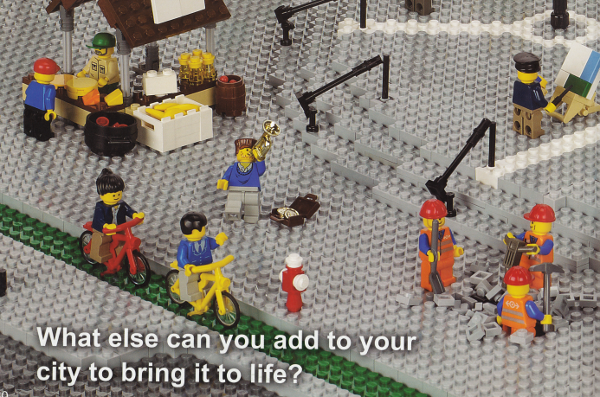 Good question, Sean. We’re eager to watch the next generation of urban Americans answer it.

This might be an appropriate place to observe that Cool City sells for $13 and that the holiday season is coming right up. Keep building, everybody.