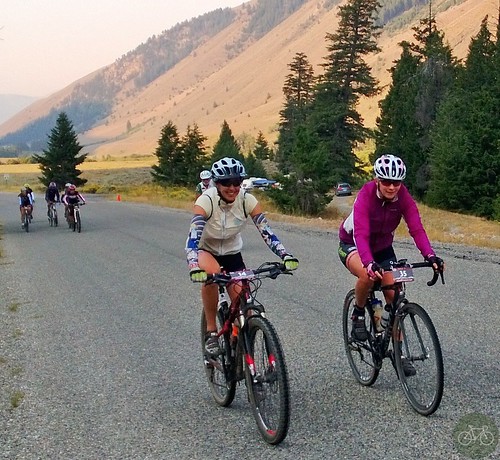 Road bike? Cyclocross bike? Mountain bike? Something in between? Gravel-grinders are encouraging the growth of bikes that do it all. Here, riders at Rebecca’s Private Idaho enjoy 94 miles of gravel, dirt, and pavement.

While the term gravel-grinder—and the bikes built specifically for the burgeoning segment—may be relatively new, the concept certainly isn’t. Road racers have been putting bigger tires on old bikes to train in the muck and mire of the off-season for years. Adventure riders and bikepackers have long sought the balance of efficiency and durability by mating sturdy frames and knobby tires to get as lost as possible? asphalt be damned. Then there were the underground races and events that began on endless unpaved stretches of rural America and spread like wildfire across the Great Plains and Midwest. Finally, bike companies sat up and took notice.

What is a Gravel Grinder?
While not everyone is a fan of the buzzword being used for these bikes, it came from the aforementioned underground endurance races—anywhere from 50 to 300 miles—most of which lacked the luxury of being paved. Road and cyclocross bikes have been adapted to become “gravel grinders” for quite some time. But the purpose built bikes being sold today are designed to take abuse, and lots of it, while still being fast and efficient. Similar to a road bike to the untrained eye, they usually feature disc brakes for better braking in wet, dirty conditions, stout frames that won?t concede strength to weight, a more upright and slack geometry with a longer wheelbase for increased stability, and enough frame clearance for wider tires that improve off-road traction.

Who Should Consider a Gravel Grinder?
You don’t have to be gearing up for an epic 300 miles of farm roads like the Trans Iowa to appreciate the versatility of gravel grinders. In fact, there are some that would argue that they make a lot more sense for most people in the market for a road bike—especially those that don’t have the Tour de France in their near future. Why? They’re more comfortable, more versatile and more affordable. You can ride them almost anywhere—from the smooth singletrack of some more mellow mountain-bike trails to epic 100-mile road rides—without doing much more than changing the tires. It’s a comfortable commuter, yet would be up to the task if you decided to enter a cyclocross race. And last, but most importantly for some, is you won?t need to need to put a lien on the soul of your first born to afford one; entry-level complete bikes can often be under a grand, and high-end carbon gravel bikes with all the bells and whistles are usually in the $3,000 range. That may not sound cheap for a bicycle to some, but if you’ve shopped for a high-end road or mountain bike, you’ll understand why we can get away with calling this “affordable.”

The Art of Dancing in the Dirt
Though mountain bikers may find riding gravel bikes easy, those used to pavement may find a slight learning curve. The precise and predictable relationship between your bike and the road, along with the maneuvering and handling it allows, ends with the pavement. On dirt and gravel roads, smooth, slow and deliberate adjustments will help you keep the rubber side down. Last but not least, don’t be afraid to ‘grind’ a high gear. Faster can be smoother and with a smoother cadence comes increased traction on rough and loose terrain.

Getting Your Grind On
Although the concept may not be entirely new, the gravel grinder trend seems to be carrying momentum with veteran bicyclists and newcomers alike, and with good reason. These versatile bikes allow for a one-bike solution that opens up a lot of options for two-wheeled adventure—and utility—without emptying your wallet or filling the garage. So, if you?re looking for a new ride that can commute, play dirty and even pound the pavement, you may want to consider getting your grind on.