Denver’s two newest protected bike lanes: From zero to finished in one year 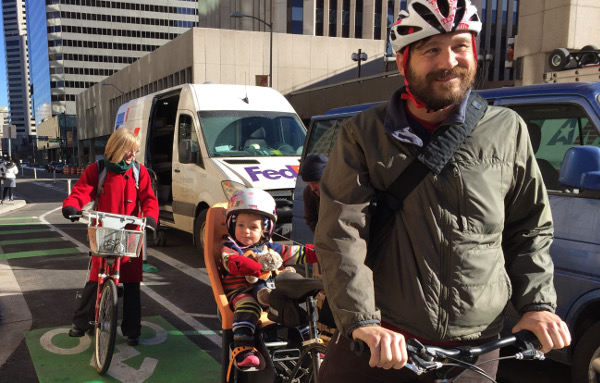 Of all the reasons Denverites had to get excited about the two protected bike lanes their city opened Thursday, the most underrated was a feat that you maybe will only fully appreciate if you’ve ever worked in government.

Even if they’d taken years to build, the new one-mile lanes on Arapahoe and Lawrence streets would have a lot going for them:

But hiding among all that was this remarkable fact: Denver brought both of these one-mile street projects from preliminary planning to completion in less than one year.

Martha Roskowski, the vice president for local innovation at PeopleForBikes, attended Thursday’s event and talked to city staff about a process that moved, by bureaucratic standards, at warp speed.

“They’re re-doing their contracting processes,” Roskowski said. “They had to write five work orders to get the project done.”

Denver’s commitment to speed is impressive, and it’s also part of a national trend. Last year, Pittsburgh and Seattle both added shorter protected bike lanes through their central business districts in a matter of months. 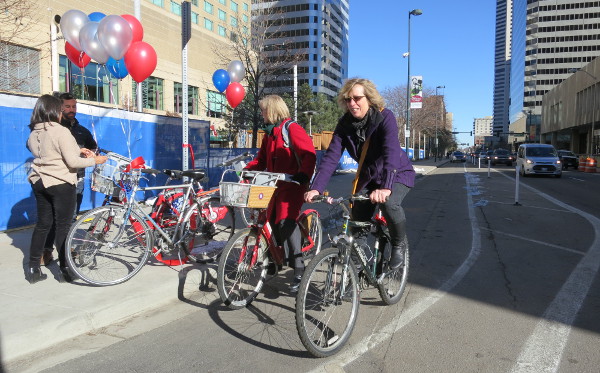 Cities’ embrace of quick-build projects is partially a reflection of the fact that unlike freeways, bike lanes can be tweaked. This means that outreach and design don’t have to end with the ribbon-cutting.

But on a deeper level, cities are working quickly on projects like these because they’ve arrived at a consensus that whatever might happen to their streets, some sort of change is necessary. When the status quo stops being an option, decisions start getting much easier to make.

So we’ll close with the words of three local leaders who explained wonderfully at Thursday’s event why change on Denver’s streets is necessary.

Here’s Dr. Peter Buttrick, a cardiac surgeon and the board president-elect of the American Heart Association-Denver:

People who are sedentary — and this is a sobering statistic — have almost twice the risk of having heart disease or stroke compared to those who are active. That’s scary. But it’s a statistic we actually can change simply by investing in healthier transportation options. The logic here is really, really simple: the more you move, the healthier you are. 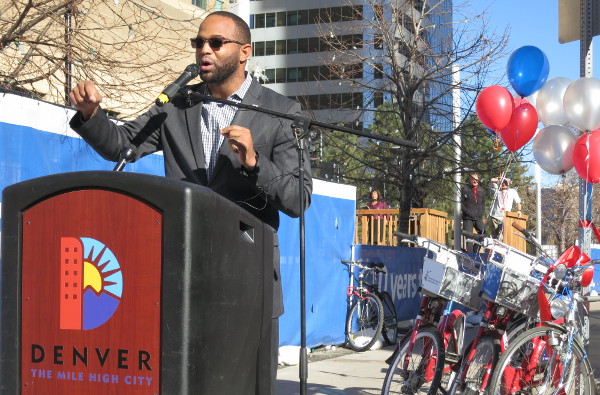 That’s where we were inspired to believe that we could do this. And I guarantee you, we can do this. It’s not just about bikes. It’s about our future workforce. It’s about the economic vitality of our city and our central city. It’s about our brand. 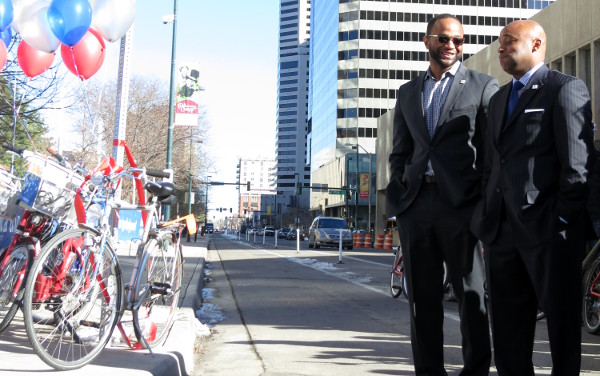