And the #1 biking-in-office-attire city in our nationwide challenge is? 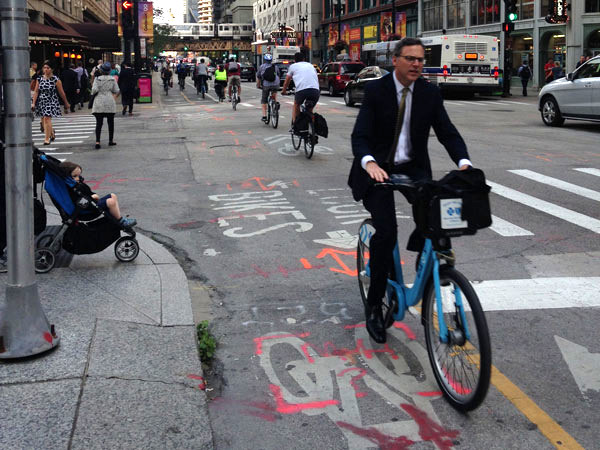 Will the Chicago suits and ties put the Windy City on top of this month’s count?

Six down, two to go. We are close to the end of our eight-month search for the best U.S. city for ?everyday biking.? As we do each month, before we get into the specifics of this month’s count, a little reminder. ?Everyday biking? is casual, utilitarian trips around town and all it takes for cities to compete for the title is a little counting. Each month, bicycle advocates in cities across the country pick an intersection and from 4:30 — 5:30pm they count the total number of bicycles as well as a specific category of bikes or bike riders. Last month it was kids on bikes, and this month we were looking for people riding in work attire. (Check out our previous counts of racks, cargo bikes, skirts/dresses and kits). 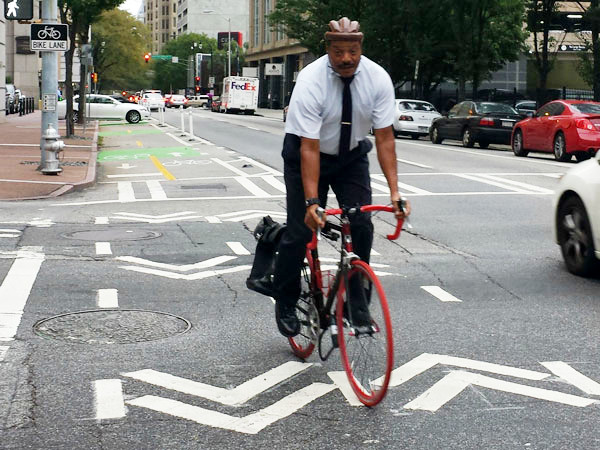 When you think of a utilitarian trip on a bike, one of the most obvious examples is riding to work. We defined work attire pretty widely, asking counters to look for jackets, blouses, ties and office-friendly skirts and dresses. We know from our U.S. Bicycling Participation Study that fifteen percent, or 45.1 million, Americans ages three and older rode a bicycle for transportation in the past year. Armed with that knowledge we expected some big numbers this month and in many cases that’s exactly what we got. 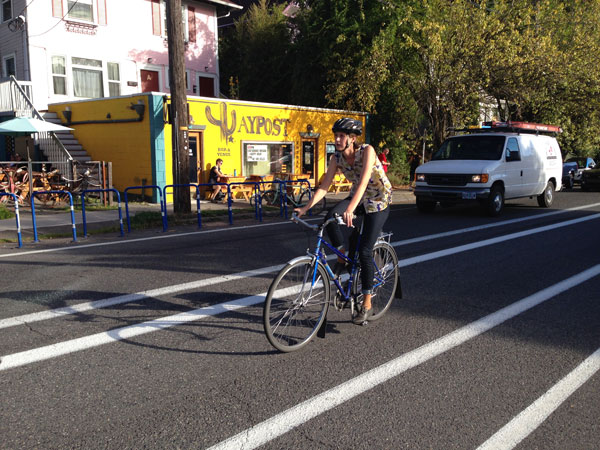 Portland’s casual style made it hard to tell who was going to work.

In Chicago, our counters selected a new location at the intersection of Dearborn and Randolph, for their count. They saw 476 total bikes, a huge number, with 153 in business attire. Portland also had a gigantic number of bikes?520 to be exact?but unlike their Windy City counterparts, they only counted 32 in business attire. These two cities have vastly different work cultures, with Chicago being more formal and Portland more casual, and this difference clearly played out in this month’s count. Here’s how the other four cities that participated this month compared in total number of riders in office attire. 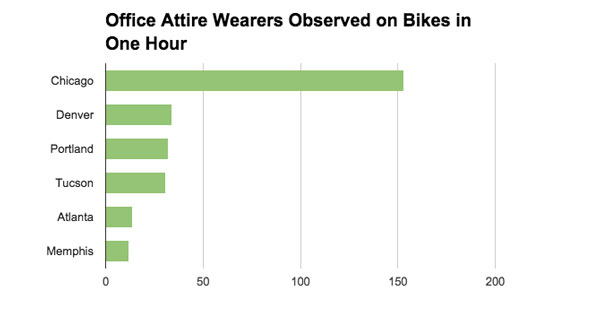 Of course, we don’t only look at total number. We?re also interested in the share of riders as compared to the total number. For the last two months, Memphis has edged out Tucson by less than a percentage point. So this month our counters in Arizona switched locations hoping for a better result. Atlanta also took a similar approach, moving to the protected bike lane on Peachtree St. for this month’s count. The moves paid off. Atlanta saw more than 46 percent of its riders in business attire and Tucson came out on top with more than 55 percent. 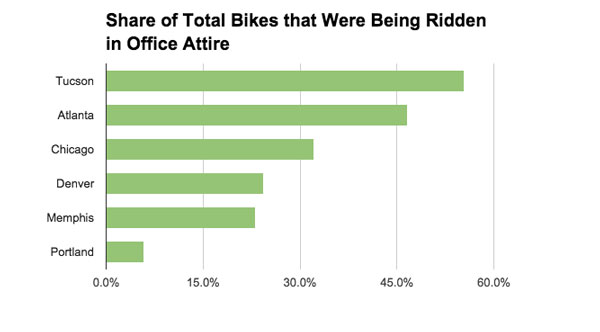 Finally, we get to what you?re all here for: the winner. As we do each month, we took our two metrics (number and proportion) and graded each one on a curve. The top-scoring city in each category got 100 points and other cities got points in proportion to their own relative scores. Then we averaged the two equally-weighted scores. We?ve had some pretty tight competition over the last few months, but for September it wasn’t even close. Chicago blew the competition out of the water, with Tucson coming in at a fairly distant second place. 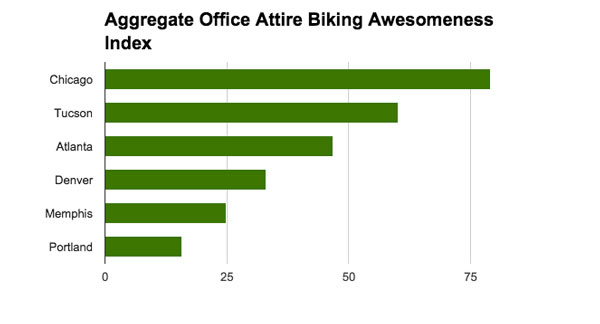 With only two months left, we are ever closer to discovering which city will officially be named the best place for “everyday biking.” Next month participants will count riders in costumes, in honor of Halloween, and in November we’ll count bearded riders. We can’t wait to complete this fun project and hope you’ll stay tuned and finish it strong with us.