The bike industry encompasses a wide range of occupations. From small business owners and CEOs to messengers and city employees–many different people with many different roles make the industry what it is today. Lots of them have fascinating stories to tell and in this recurring blog series, ‘A bike life,’ we aim to tell those tales. 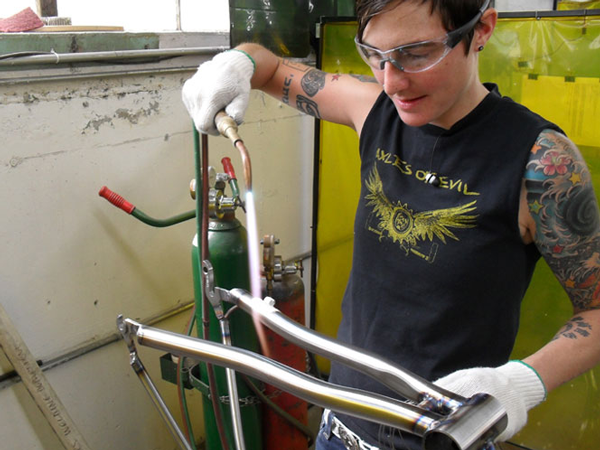 Interview. Design. Order materials. Fabricate. Deliver. That’s the basic order of operations that Lauren Trout follows for each custom Saila Bicycles bike that she builds. Saila is a one-woman operation and Trout is the brains and brawn behind some seriously beautiful bikes.

The former bike messenger honed her craft at Seven Cycles outside of Boston where she came in early every day to practice her welding skills. That, she says, is still her favorite part of the process. “There’s something about melting the metal together,” she explains.

Putting the finishing touches on a custom Saila frame.

Trout explains that at first she thought building bikes her way would just be a side project. She made a bike for herself and a few for friends before deciding to start her own business. So she moved to Austin Texas and Saila Bicycles was born.The Austin community has been extremely welcoming so far. “People here really get into the idea of knowing where their bike came from, that I made it and seeing my shop,” she says. Trout prefers to work on one bike at a time and says she can probably turn out 25 bikes, which are made from steel or titanium, each year. 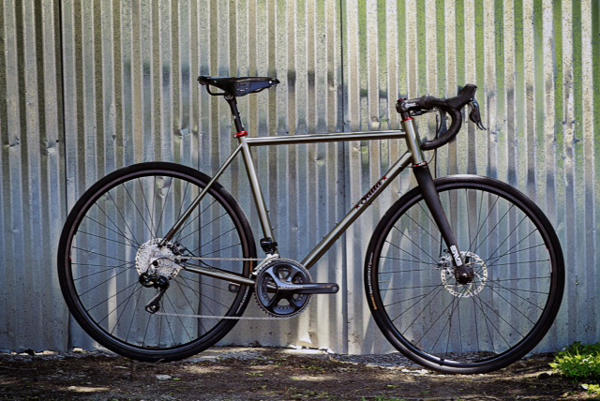 The finished product–ain’t she a beauty?

Turning your hobby into a job seems like a dream, but Trout says she does have days where she doesn’t want to see a bike at all. Most of the time though, she loves what she does. “I want to make people happy,” she says, “they’re getting something they really want, a once in a lifetime opportunity, and to create something like that is awesome.” It’s a special moment when Trout gets to watch a customer ride away on a bike that is made to fit their body and specific needs. “I want them riding it that day if possible,” she says, “and riding it until the tires fall off.” Lucky for those customers, Trout puts so much into every bike she builds that they’re unlikely to ever face that problem.